Climate-change protestors disrupted the entrance to the Palais des Festivals on the third day of the Cannes Lions International Festival of Creativity.

A group who are part of Extinction Rebellion staged a sit-in protest on the steps of the venue, calling on the advertising industry and brands to wake up to the urgency of climate change. One protestor chanted: "We are Extinction Rebellion and you are not doing enough." 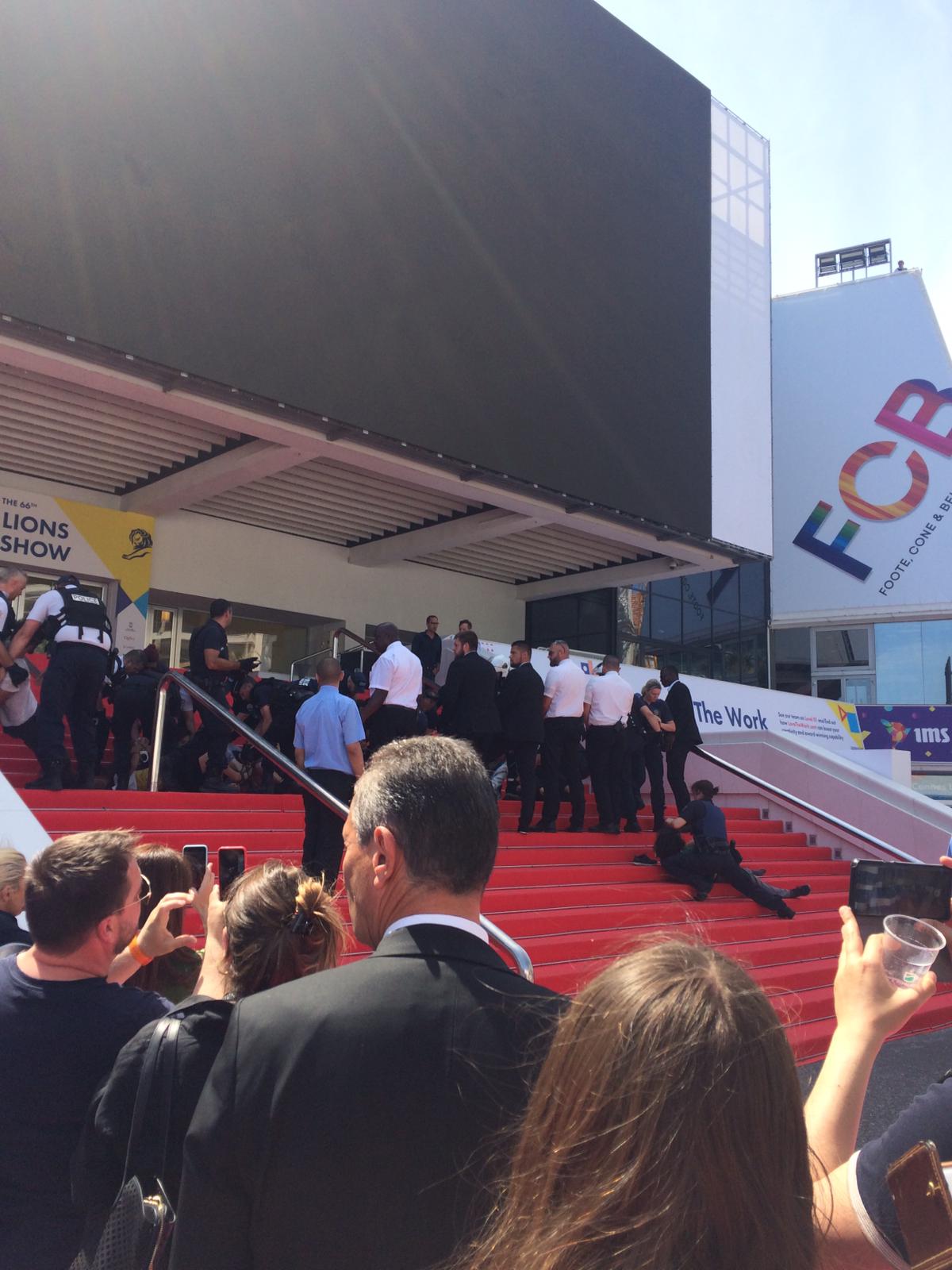 William Skeaping, an Extinction Rebellion activist, confirmed that the protest was organised by members of the French and English teams. Eleven people have been arrested.

Skeaping said: "This is the meeting of the global advertising industry, so we organised a non-violent act of civil disobedience.

"We need to wake people up – the consumption driven by the advertising industry is immense. The industry has a unique and very short window of opportunity to decide what side of history they want to be on; they need to start addressing the catastrophe that is ahead. They need to work out how they can wake up and be true to themselves and their families. What happens when the water rises and Cannes simply doesn't exist?"

Members of XR UK and XR France have come together to disrupt the #canneslions advertising festival. We’re here to demand that this industry starts telling the truth about our ecological crisis pic.twitter.com/PfhIMLusyW

When asked if further protests were planned, he said: "Wait and see, but we will be back next year (in our hundreds) if water levels haven't wiped Cannes out."

In May, Extinction Rebellion wrote an open letter to adland urging action on climate destruction. The industry responded with a pledge to tackle the crisis, starting with a London summit on 25 June.

A Cannes Lions spokeswoman said: "We are aware of the small protest which occurred today here in Cannes. Festival security and local authorities have managed the situation and events are continuing to run as normal."