With new global bracket system in place, more awards than ever go to non-US advertisers 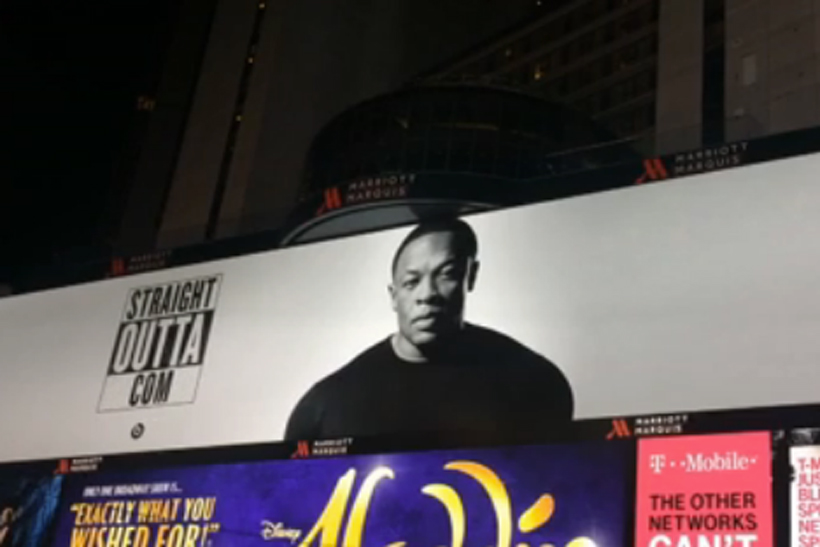 R/GA’s "Straight Outta Compton" campaign for Beats by Dre has taken top honors — the Blue award — in the 2016 Facebook awards.

The centerpiece of the campaign, which promoted the Universal Pictures movie of the same name, was an app that let users replace "Compton" in the movie’s logo with their own hometown, then superimpose the revised image over their own picture.

The app got nearly 12 million visits, 8 million downloads and more than 10 million shares, according to the awards submission. Even President Obama and the White House created their own #StraightOutta messages.

Now in its fifth year, the Facebook awards (originally known as the Facebook Studio Awards) celebrates the best uses of Facebook as an advertising platform. This year, in an attempt to "internationalize" the program, Facebook unveiled a global bracket system. Juries in North America, Latin America, EMEA and Asia-Pacific first named a total of 119 regional winners, and last week, Facebook’s creative council in New York City selected the 24 global winners.

The plan seems to have worked. While the top prize went to a campaign from the United States, the majority of the prizes went to work from outside of North America. Thirteen out of the 24 global winners and two-thirds of the more than 2,000 entries were from other markets. 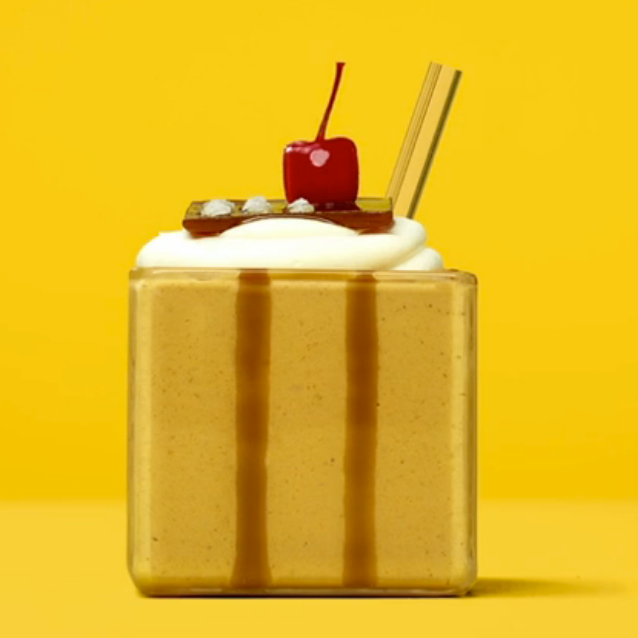 Video figured prominently in winners from across the globe. More than three-quarters of the winning entries from Europe and the Middle East and 80% from Asia-Pacific had a video component. Latin American winners also showed a large dependence on video. "Videos have very quickly become a central component for how stories are being told in mobile," said Mark D’Arcy, chief creative officer of Facebook Creative Shop, which helps agencies and brands craft Facebook ads. "What’s interesting about video is the myriad of different ways creative teams and agencies and clients are using it to drive different business outcomes and stories."

Purpose-driven work, or campaigns that addressed larger societal issues, fared particularly well. Gold winners included a Subaru campaign from Carmichael Lynch, "The Subaru Make a Dog’s Day Initiative," which promoted adoption with a partnership with the ASPCA; an Ariel campaign from BBDO India, "Share the Load," that addressed the inequality between men and women at home by asking if laundry is only a woman’s job, and Itau’s "The Kidsbook Collection."

"You're seeing a huge amount of creative capital around the world being put against causes through the power and economic investment of brands," said D’Arcy, explaining that the jury looked for work that creatively and effectively combined purpose-driven messaging with their business missions.

The Ariel campaign, which was honored in the Beyond Facebook/Integrated category, was one D’Arcy’s favorite winners. "Such an important conversation completely connected legitimately to the product, and then they took that single idea and they worked in a myriad of ways to connect it to fashion designers on Facebook, on television, through videos, through film, through crafts, all those different things," he said. "I think it's a wonderful example."

The first Facebook for Good honor went to "Give Me a Heart," an organ donation campaign from Ogilvy & Mather Chicago that featured portraits of people on the transplant waiting list. Their posts told their stories, how long they’ve been waiting and what they would do with their lives if they were to receive a donated heart. The campaign asked Instagram users to virtually give them a heart on their pictures and to sign up as donors.

The inaugural Small Business prize went to a humorous campaign for Squatty Potty, "This Unicorn Changed the Way I Poop," produced in-house by the brand. The work, advertising a product featured on Shark Tank that helps people defecate more efficiently, centered on a comical video about a magical pooping unicorn that leveraged Facebook’s auto-play feature. The campaign was selected from more than 600 entries in the category.

Two silver winners were named in Innovation, which received more than 100 entries: "Dreams of Dali," a campaign from Goodby, Silverstein & Partners that used virtual reality and 360-degree immersive videos to take viewers inside the artist’s painting; and Forever 21 "F21 Thread Screen," from Breakfast, an Instagram campaign that featured a 2000 lb. machine that used 6400 spools of thread to create posts using the hashtag #F21ThreadScreen."

The winning work celebrates the brands and agencies that are pushing creativity on the platform forward, said D’Arcy. "We set up the awards to be a spotlight on people who are hoping to show the way," he said. As Facebook’s product has evolved, with new features like streaming video, Slideshow and Canvas, the goal of the awards is to show advertisers around the world what can be done on the platform that could not be done elsewhere. "We’re trying to shine a light on the people who pushed it in a different direction that you may not have expected."

Many of the winners showcased interesting ways to take advantage of mobile, turning seeming disadvantages, like soundless auto play, into creative tools, said D’Arcy. "There are a lot of people playing with the sound-off environment, and I think it's just like everything in mobile — you've got to earn people's attention," he said.

One of the gold winners in the Best Use of Facebook category, which received 450 entries, made silent auto play central to the idea. The Hotels.com campaign from CP+ B used "Silent Ads" to engage users with the brand spokesperson Captain Obvious acknowledging the fact that viewers were watching a silent video using subtitles. "They were one of the first to play with the fact that there's no sound on and use it as a core part of their creative concept, which some of the jury just loved," said D’Arcy.

The effort to "globalize" the awards makes business sense for Facebook as it tries to lure more advertisers from outside the US — where the company will find its "next billion users," CEO Mark Zuckerberg has said. But having Juries in APAC, Latin America and Europe also gives advertisers in those regions the opportunity to be judged within their own cultural context, a benefit other "international" awards shows, with their US-heavy juries, are sometimes criticized for lacking. The new system promotes "understanding the way in which different agencies and clients in different regions respond to work," said D’Arcy. "When you are as global as Facebook," the awards need to reflect the that diversity.

Sonic's bizarre Sipsters are back in side-splitting social campaign