By setting the TV spot in a department store, Audi shows that it understands context and audience needs.

One of the most memorable sketches in The Mary Whitehouse Experience was a David Baddiel monologue about context.

He observed that watching repeats of Are You Being Served? took on a whole new level of inappropriateness 15 years later when references to Mrs Slocombe’s "pussy" just inferred "vagina". Whereas when the show was originally made, it was still enough of a double entendre as to make it cheeky, family viewing.

It was context that framed Wendy Richard as a style icon in 1972, and it’s also context that makes the new Audi ad so compelling, memorable and a total pleasure to watch.

A car driving precisely and skilfully around obstacles in order to demonstrate its four-wheel-drive capability is not a surprising construct, but it’s usually done near a conveniently located burst water main or the sort of ski resort where Kate and Wills lark about in gilets with a Weimaraner. Setting this spot in a department store brilliantly starts to associate Quattro with familiar scenarios rather than being for those "critical" moments when you need to rescue an alpaca from an avalanche using only a selfie stick and a hair clip.

The nearest that most Audi drivers get to a life of adventure is parking in the overflow car park of a National Trust property on a busy Sunday. So demonstrating how its technologies make everyday activities safer, easier and more thrilling is a great understanding of its audience’s needs.

It’s also masterfully executed: fantastic set design, cars shot beautifully from the right heights and angles, and the detail in the store objects rewards many viewings. In the current context of crushingly awful offerings from the likes of Mazda and Subaru, this only highlights why the Audi ad is well-liked.

I’m confused as to why it felt the need to stick the blue car in the end – you don’t need to show range to imply cross-range technology. But as this is one of the best Audi ads in years, I’ll park that thought. 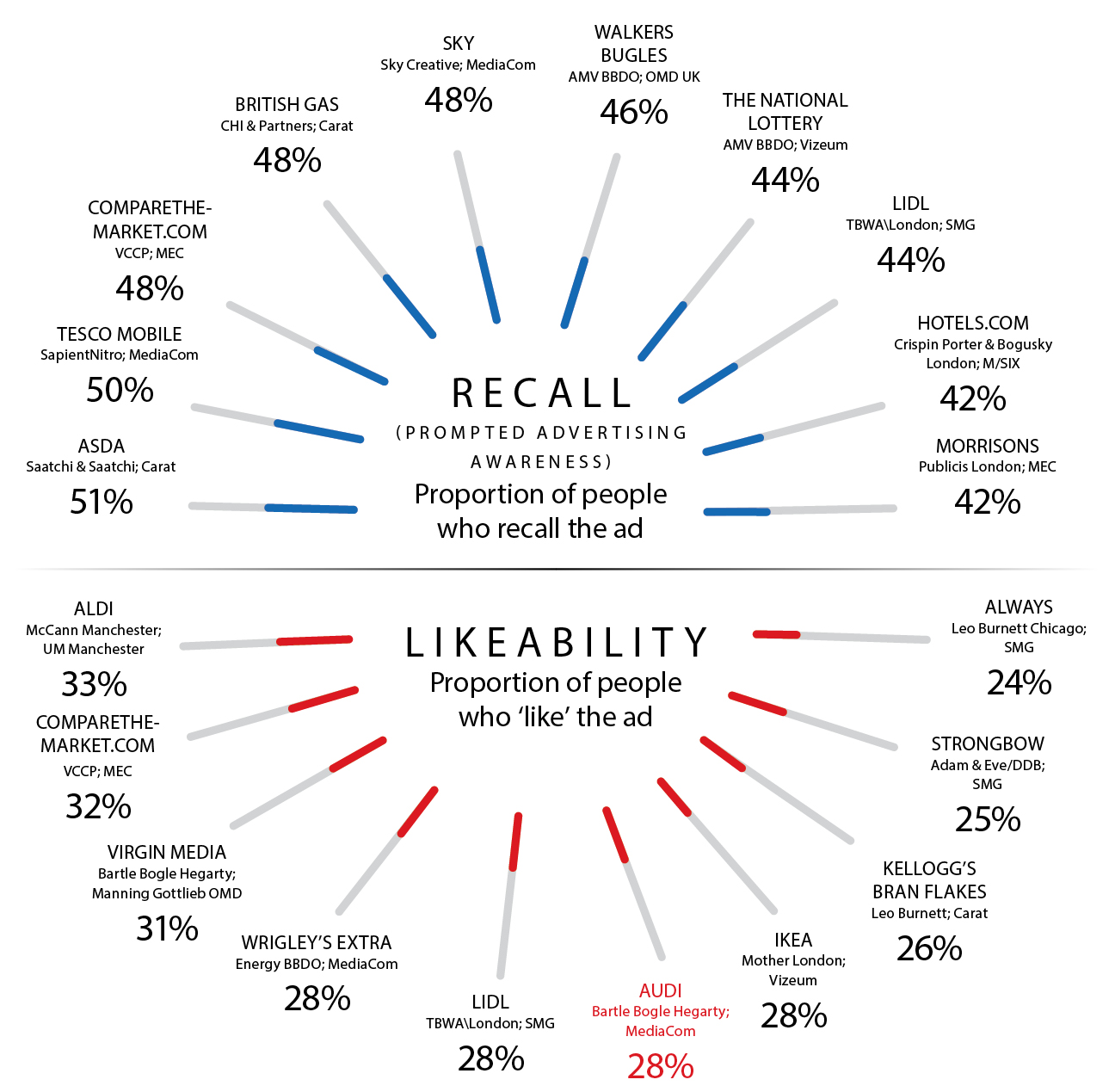