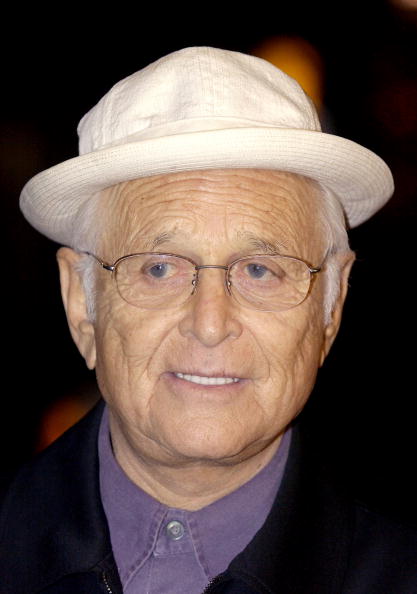 Legendary producer Norman Lear is being honored this Sunday at the newly titled TV Land Icon Awards. Lear, 93, will receive the Impact Icon Award, which honors individuals who have made a significant contribution to American television entertainment and culture.

Lear, of course, made his mark in 1971 with sitcom "All in the Family," not to mention "Sanford and Son"; "Maude"; "Good Times"; "The Jeffersons"; "One Day at a Time"; and, in late night, "Mary Hartman, Mary Hartman." So I don’t have to tell you how groundbreaking his contributions have been to sitcom television.

These shows had a voice; they had a perspective; and they were never short of addressing topical conversations like politics, racism, sex, poverty and women’s liberation, among others. At the peak of their popularity, five of these half-hour shows populated the Top 10 ranking in primetime for the season.Considering his legacy, I am surprised that Lear has chosen the revival of "One Day at a Time" as his comeback to television. Netflix has picked up the remake for 13 episodes. The TV legend, who will be producing the show, has built a career on innovation, so why did he choose a vehicle that is a retread of a past success? Why jump on the current revival bandwagon when his place in the halls of TV history stems from creating characters, and situations, with their own distinct voices?

Surely, the Lear programming dynasty has had its share of spin-offs. "All in the Family," for one, had five. The show beget "Maude," "The Jeffersons," "Archie Bunker’s Place," "Gloria" and "704 Hauser." Two of them, "Gloria" and "704 Hauser," didn’t last for more than one season, but the rest were successful because they were built on strong foundations of originality. I’m delighted to say that talk of remaking "All in the Family" did not move forward.

The original "One Day at a Time," which aired on CBS from 1975 to 1984, told the story of Ann Romano, a newly divorced woman in her 30s (Bonnie Franklin) who moves to Indianapolis with her two teenaged daughters (Mackenzie Phillips and Valerie Bertinelli).  There she finds wisecracking superintendent Dwayne Schneider (Pat Harrington, Jr.), who becomes like a surrogate father.

Many people think that Ms. Romano, as she liked to be called, was the first divorced female character on network television. That honor actually goes to Vivian Vance as Vivian Bagley on carefree 1960s sitcom "The Lucy Show."  Ms. Romano, like all the key personalities in Lear’s successful comedies, was created on Lear’s foundation of social realism. It was unique, and it conveyed the topical message that an independent single woman could make her own way.

This new version of "One Day at a Time," with an all-Latino cast, will focus on a former military mom, newly separated, raising her radical teenage daughter and tween son with the help of Rita Moreno as her old-school Cuban-born mother. So, the new show is also about an independent woman trying to make it on her own. But, by morphing the Schneider character into that of Moreno’s grandma and making one of the kids a boy, there are enough differences, including the more diverse casting, to warrant a different title.

The average Netflix viewer probably never heard of the original series, and the ones that do have fond memories of the original (myself included) will probably roll their eyes in disapproval. Does anyone really think any remake could outdo the original? Why even bother?

Lear, who recently touted "Transparent" on Amazon and "Veep" on HBO as two of his favorite shows, should certainly understand that success is a result of invention. The era in which Lear made his mark was of course a simpler time. It was much easier to build audiences back in the 70s and 80s when there were fewer viewing options. The fractionized media environment of today gives all the more reason to skirt the temptation of trying to recreate a past hit. To stand out a new show has to offer something powerful and different.

Lear is being honored by TV Land because he redefined the sitcom. His legacy inspired topical comedies. Many of today’s hits, after all, like "Orange is the New Black," Transparent," "Mozart in the Jungle" and "Mom" may never have been made if it wasn’t for Lear. As I watch him accept his well-deserved award this Sunday, I will smile in remembrance of the rash of hit comedies that led him to this very moment. Sadly, the one I will try to forget is the new "One Day at a Time."

What to expect from the broadcast networks this fall

Team Kelly! Why Disney-ABC is crazy to mess with the success of 'Live!'

'American Idol' will be right back

This is not a Garry Shandling tribute

How to rebuild a fading TV network