Engine Creative's chief executive has taken on a challenging role as he fights to get the agency back to growth. At the heart of this is his desire to disrupt and a fundamental belief that diversity breeds success. Photography by Keziah Quarcoo

It took Ete Davies four long months to say yes to the Engine Creative chief executive job. Not only did he feel the pressure of leaving a secure managing director role (at AnalogFolk) but also the weight of doing the right thing as a role model to younger people of colour in adland.

"There’s a sort of expectation that’s on you when there are so few people of colour at our level," he says as he warms himself up with a cuppa after an hour-long photoshoot in North London on a cold January morning. "There’s a pressure to make the right decision in your career, so you have to overthink it whereas other people can just jump into it.

"Making that move represents more than just a career step for me. I had to make sure it was the right one. It took a long time and a lot of consideration but it just felt right because of the potential in the business and the chance to create something new. It’s a bit of a once-in-a-lifetime opportunity."

It’s definitely a bold move. Davies has his work cut out if he is to put the fire back into Engine. The group’s current chief executive, Jim Moffatt, who took over from Debbie Klein in late 2018, left the industry in mourning at the loss of WCRS and Partners Andrews Aldridge, when Campaign revealed his plans to drop the agency names.

Moffatt has created a business with three pillars: transformation, which covers insight, data, consultancy and business innovation; creative and experience design (which houses the ad business); and communications, which is PR.

A new six-strong leadership team that was in place by January 2019 fell apart within months, as two long-serving names quit – Simon Peck as chief growth officer and Matt Edwards as chief executive of the creative division.

'There’s a sort of expectation that’s on you when there are so few people of colour at our level. There’s a pressure to make the right decision in your career'

The turmoil certainly had an impact on Engine; there were no major wins for the shop last year and B&Q cut ties with the creative business after five years when it moved to Uncommon Creative Studio (although Engine continues to work on CRM and other parts of the business). Creatively, there was little of note when it came to big brands – ads for Warburtons and Born Free were bright spots.

And let’s not forget the on-off rumours surrounding a possible sale. Engine was bought by US private equity company Lake Capital for £100m in 2014. Three years later, Campaign reported that the business was on the market again.

Ultimately, then, the focus for Davies is to get the creative business back to growth and to sustain it. The creative pillar will need to fit into the wider vision for the group set by Moffatt last year – to "help clients be future ready in an era of disruption".

Davies – who is working alongside joint chief creative officers Billy Faithful and Paul Jordan – refers to the creative division as "the beating heart of the agency". The job, he says, is to work with consumer-facing brands to make "strategic leaps to become disruptors, to gain that advantage and navigate uncertain times and the volatility that we all face".

The agency landscape has suffered in the past few years, as the uncertainty in the UK economy has led to clients squeezing budgets. Engine’s 2018 year-end financial results filed at Companies House show revenue down 4% to £87.8m and EBITA down 32% to £6.1m.

Martin Jones, managing partner at pitch consultancy AAR, thinks that Engine is ahead of some of its competitors in the way it has "genuinely embraced and can deliver integrated solutions".

However the business will need to be "best in class" for all types of briefs – be it traditional advertising or CRM. He adds: "The majority of significant-spending brands (who, one has to assume, will be Engine’s target) looking to appoint a new agency often use the pitch process to replace one existing relationship, rather than look at their entire ecosystem." 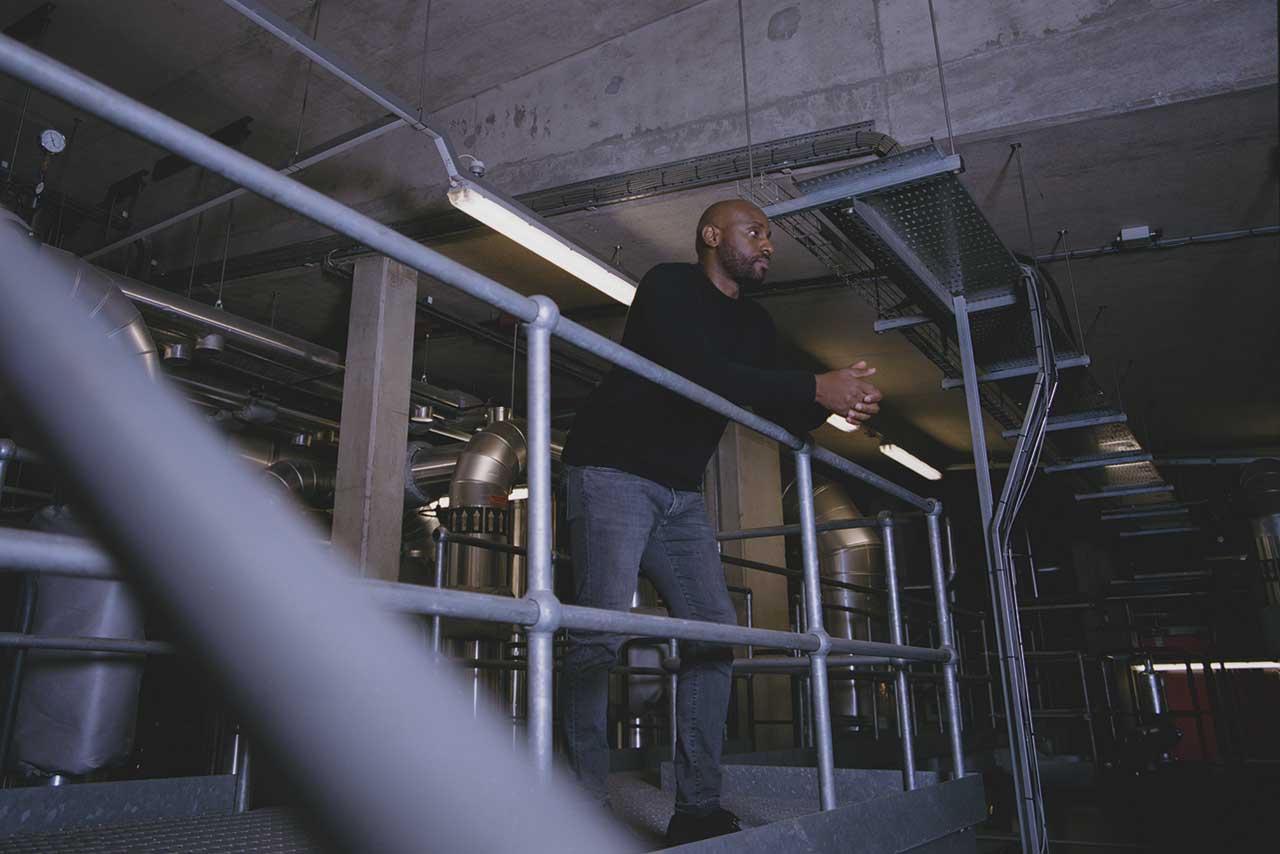 Davies understands that it has been "challenging" for a lot of creative agencies. "Client budgets are being contracted, there’s a great expectation on ROI from creativity as well – so not just delivering on brand metrics but how you actually affect the top and the bottom line," he says.

He adds that there will be a big focus on effectiveness this year – driving business value as well as brand value – especially as he has noted a trend for chief marketing officer roles to merge with others in the C-suite.

"You do need to be multifaceted, which Engine broadly is, but even within the creative pillar our aim is getting back to growth and taking the uniqueness of our proposition and really making that a point of distinction in the marketplace."

The second part of the plan is to create a "uniqueness in the method – when you have all these ingredients [then] it’s how do we create the right recipe?".

To do this, Davies wants to pull in different skills and perspectives to client briefs. "We want to be creating much more innovative and disruptive ideas and there’s a lot of skill in storytelling around the business and a lot of expertise in brand communications and marketing."

Davies says that the team will also "lean in to" more emerging channels, such as voice. "How do we help brands move beyond content that lives on social and start talking about OTT or brand-driven content? How do we create those experiences that are more relevant with where future audiences are interacting with brands? And where are they consuming content?" he asks.

For this plan to be successful, Davies says recruitment is "100%" a priority. He is quick to highlight his "firm belief" that the more diversity there is in a business, the more successful it will be in coming up with innovative and more compelling ideas to help brands reach new audiences.

"There are underserved audiences that brands have started to lean in to a little bit but they need to be engaging with them a lot more and you need to do that in an authentic way, and the only way to do that is if you have the right representation within your agency partners helping, so it’s a focus for us."

Undoubtedly, this means Davies is going to have to let some people go. Although, he says, this has nothing to do with cost savings and he has no idea on numbers just yet. "We’re going to have to make some changes, only where necessary, but the business needs to evolve."

Davies doesn’t come across as a typical ad agency chief executive; there is no "big adland personality" about him and he sits through Campaign’s photoshoot patiently, even after it goes on for a little longer than planned, saying afterwards that he enjoyed it.

As Ali Hanan, founder of Creative Equals, says, Davies is not an extrovert. "He’s quiet and thoughtful, with zero ego," she adds. "He listens with deep consideration of what’s being said, then responds with clarity. That’s what makes him an exceptional leader."

Davies’ former boss Bill Brock, co-founder of AnalogFolk, adds: "He is a very, very thoughtful and deliberate and caring person. We need more of these people in the industry – really passionate about the industry itself."

Representation is something about which Davies is passionate (perhaps he picked up this trait from his mother Dr Chi Davies, one of the first black female clinical directors in the UK). He spends a lot of his spare time helping junior people of colour in the industry, and after our interview, he was off to work on his latest initiative, CultureHeroes, even though it was the tail-end of his Christmas holidays.

CultureHeroes was set up at the end of last year to retain people from ethnic minorities in adland, after Davies noticed the start of a "diversity churn" – a wave of people entering or engaging with the industry but dropping out after one or two years.

"The reason for that was the environment they’re going into wasn’t the most inclusive," he says. "When you don’t have people within the business that either look like you or come from your background who you can look to and think, ‘Here’s how I can navigate my path and stay with this industry’, most people tend to leave."

Davies adds that, unfortunately, a lot of businesses start off with the right intentions around diversity and inclusion but these often become deprioritised. "If you have the right representation at the leadership levels, then you start to see D&I as more of an integral part of your business’ success and competitive advantage, rather than just an HR or talent problem that needs to be solved." 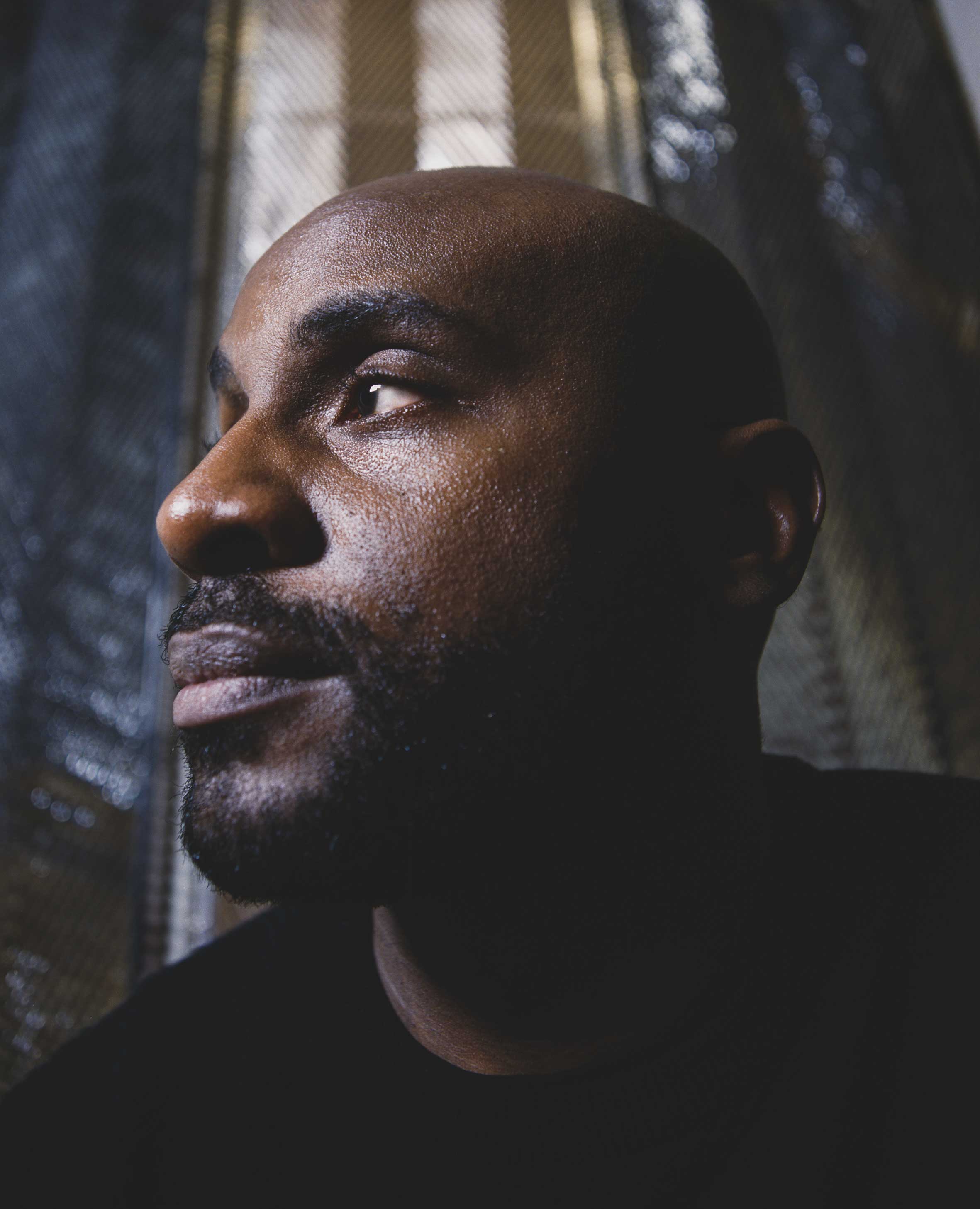 "When you move into a management role, the job is quite different," Davies explains. "There are lots of new areas of focus and learning. Quite often [many people of colour experience] imposter syndrome around the new areas that they suddenly have to be responsible for and there’s a slight reticence with that in support or training to do that.

"There is an inherent bias. The stuff the CultureHeroes training is going to provide is generally informally given to a majority of people, because it’s done through informal mentoring or giving people opportunities to test themselves at different levels, but it’s not necessarily given to young, underrepresented groups.

"There’s a lot of unconscious bias. When people have hired people who are similar to them, they tend to connect a bit more on a social and personal level, so, as a result, they invest the time in developing people, and that’s really what we’re talking about – investing in future talent. At the moment it’s not equally distributed, so we’re redressing that."

Davies is very vocal about the lack of diversity in the workplace and always has been – "it’s just been in my nature really".

"The way that I see it is that if there wasn’t a problem, then I wouldn’t feel I needed to say anything about it, and if I don’t, then the status quo stays," he says. "Ironically, as I became more senior, the perception of what you’re doing and saying changes, and people suddenly go from seeing you as maybe someone who is slightly spiky or the angry one in the corner to somebody who has vision or is making a statement around change.

"It’s important for those of us in leadership – whether you are in the minority or not – to be vocal about the changes that you need to make and not to let things pass simply because it doesn’t affect you or you don’t want to be seen challenging things. You can do that without impunity once you hit a certain level. And I think not enough people do."