Matsushita, a Japanese national, was born in Japan and raised and educated in America and the UK. She stands out among current leaders of global media agencies, the majority of whom are American or British.

The promotion of the two women are the first appointments that Juhl has made since it was announced last month that he would take over WPP’s Group M, the world’s biggest advertising buyer, from Kelly Clark in October.

Essence describes itself as "a global data and measurement-driven media agency". It was founded in London in 2005 and made its name as Google’s media agency, before selling to WPP in 2015.

Matsushita joined Essence in 2014 as chief executive of Asia Pacific and helped to build a network of offices including Delhi, Jakarta, Melbourne, Mumbai, Seoul, Singapore, Sydney and Tokyo.

She became global chief client officer earlier this year and moved from Asia to America.

"I am deeply honoured to have the opportunity to lead this truly exceptional agency at a time when data and technology give us so much potential to unlock value for our clients," she said.

"Essence was founded to lead the industry in creating trustworthy, relevant and valuable advertising. I couldn’t be more excited to see what we can accomplish when we combine this mission with our clients’ ambition and the power of data science and big ideas."

Juhl said: "Kyoko’s deep relationships with our clients, her knowledge of our culture, and her vision for the future make her the perfect person to lead Essence into its next era of growth and innovation."

She will lead Essence’s 1,800 staff from San Francisco as Juhl has done previously.

She worked at Leo Burnett and Starcom in Chicago in the 1990s and spent nearly a decade in client roles at Sony and Electronic Arts in Europe.

She has a degree in German Studies from Mount Holyoke College in Massachusetts and a masters from the London School of Economics.

As well as English, she speaks Japanese, German and Spanish, according to her LinkedIn profile.

'Don't forget you're dealing with people'

Matsushita talked in an interview with Campaign Asia in March about the importance of being "selective" in picking suitable clients.

"For us it’s not the number of clients we have, it’s the type and quality of the relationship we can have, how transparent and honest we can be," she said.

Despite Essence’s digital roots and soaring headcount in APAC, "my message [to staff] is always: numbers are one thing, but it’s you who impacts the clients in the room. It’s one to one. Don’t forget you’re dealing with people."

She added in the same interview that clients appreciate an agency's "willingness to learn and try again" and "being vulnerable about some things that we may not be good at today, but we’ll improve".

Matsushita was awarded a certificate of excellence in the CEO of the year category at Campaign Asia’s Women Leading Change Awards 2018 in Singapore. 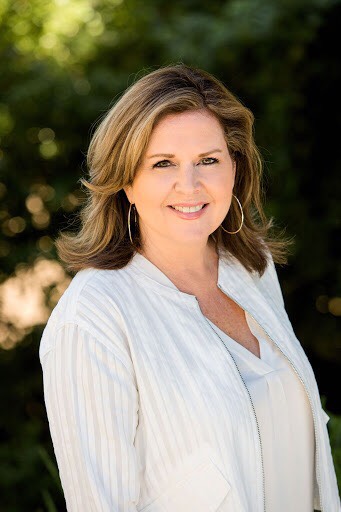 She joined Essence after the sale to WPP and has overseen a 40% increase in its workforce, including the addition of staff from Maxus when it shut in 2017.

Juhl said: "People are what make Group M great – their creativity, drive for innovation, entrepreneurialism and passion for helping our clients grow.

"Jennifer really understands this and has spent the better part of the past four years working tirelessly alongside myself and our leadership team to build Essence into an agency where people truly are our biggest differentiator."

Juhl previously told WPP’s investor day in December that at Essence "we recruit from different institutions" and "we train staff in a very different way" compared with traditional media agencies.

Cecere moves to a new role as global head of people transformation at WPP, working for the global chief people officer, Jacqui Canney, who joined from Walmart this year.