Speaking at Vivetech to Publicis Groupe's former chief executive Maurice Lévy, Schmidt said: "He [Musk] doesn't understand the benefits this tech will provide to make every human being smarter.

"AI is so good for humanity. It will help us live longer, be better educated, it will make economic and social systems more fluid. Making people smarter is a net good."

"I'm concerned too. But the overwhelming net benefit is positive. You would not uninvent the telephone because it's been used by many bad people over the course of time," Schmidt said. 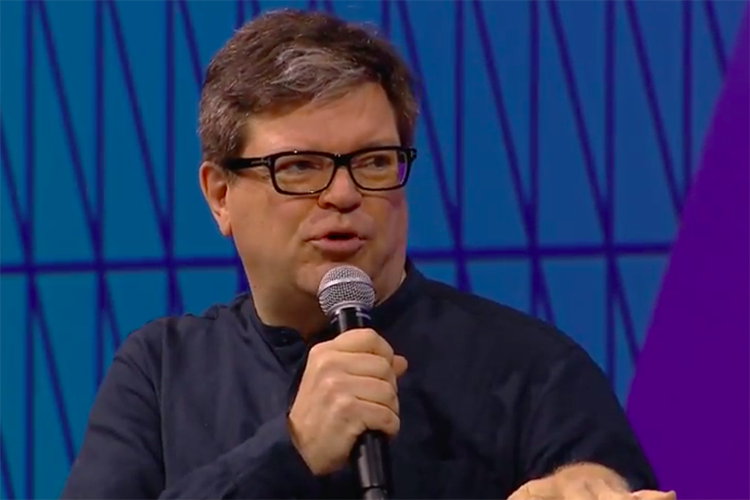 During an earlier session, Facebook's chief AI scientist and NYU professor, Yan LeCun (pictured, above) was asked a similar question by his interviewer, Benoit Georges, a journalist at Les Echos.

When asked if an all-powerful AI could one day choose to dominate the world, he answered that it wasn't likely because intelligence doesn't seem to require domination.

"In fact, if you look at politicians, you'd assume that the desire to dominate is inversely related to intelligence," he said with a perfectly straight face.

To further drive home his point, LeCun pointed out that he worked with very intelligent people – as he only hires people smarter than himself.

"We’re geeks. And they don’t want to take over the world. They're simply not interested. Domination is a need for social animals, so I don't believe an AI will be motivated on its own to do so," LeCun said.

AIs will be unlikely to run humanity out of jobs, Schmidt commented, because with an ageing population in Europe and the US, chances are, there will be far more jobs that need doing than there are people to do them.

"To make sure a shrinking workforce can pay for taxes, police and retirement, we will have to make them more productive and the best way to do so is to use AI," Schmidt said.

Humanity should also calm down because we are at minimum 20 years away from an AI that can match humans let alone be more intelligent than them in all aspects, LeCun said.

"We have created AIs that can translate, recognise images, drive cars and understand speech, but none of them have the common sense of a kitten, let alone a baby," he said. "Babies can learn by observation and from very small amounts of unstructured data. For example, by six or eight months babies know to be surprised if an object floats instead of falls. Machines have to be told this – we call it supervised learning."

While supervised learning works well with teaching machines to play games as they can crunch through the data and play thousands of games against themselves to learn what works and what doesn't, it doesn't work well in the real world, LeCun said.

"You can't have a car drive itself for millions of hours, and then run off a cliff a couple thousand times to learn. Humans can learn to drive a car in 20 hours – mostly without having to make accidents," he said.

P&G's Pritchard: Seize back control of data, reinvent marketing and stop 'annoying the hell out of people'

Facebook user experience may worsen in bid to be more secure, says Zuckerberg

Dark analytics: it's legal, but is it ethical?