A year ago, the former top team of Grey London launched a vehicle with the humble aspiration of rethinking the creative business. A year on, how are things going?

When I meet them at their Clerkenwell base, Uncommon Creative Studio’s Nils Leonard and Natalie Graeme have the air of people who are having a pretty damn good time (their other co-founder, Lucy Jameson, is on a half-term break). It has been just over a year since the trio launched the buzziest new entrant to the UK’s agency landscape for quite some time, and while the smattering of work that has emerged so far has been warmly received – garnering two Campaign Pick of the Weeks – it’s not clear from a distance what kind of shape the operation is taking.

A claim, which made its way to Campaign’s newsroom, that Uncommon has had the most financially successful first year of any UK agency start-up in the past decade is played down by Leonard; it was an off-the-cuff remark from their accountant, apparently. But he’s not being bashful. "We’ve done pretty well", Leonard says, meaning very well indeed.

Some numbers: so far, Uncommon has won or started 18 projects, of which 12 are clients in the traditional sense – these include Ovo and Habito, the first two for which work has emerged. The others include high-profile wins ITV, WWF, Watches of Switzerland (which the agency is helping with a US retail launch) and YouTube, for which it is doing something with a level of secrecy that won’t surprise observers of Google’s video platform.

Another two of the 18 are their own ventures: there’s Halo, the sustainable coffee-pod brand set up by Leonard during his non-compete period (more on that below), and an as-yet-unnamed tech product, likely to launch at the end of this year. 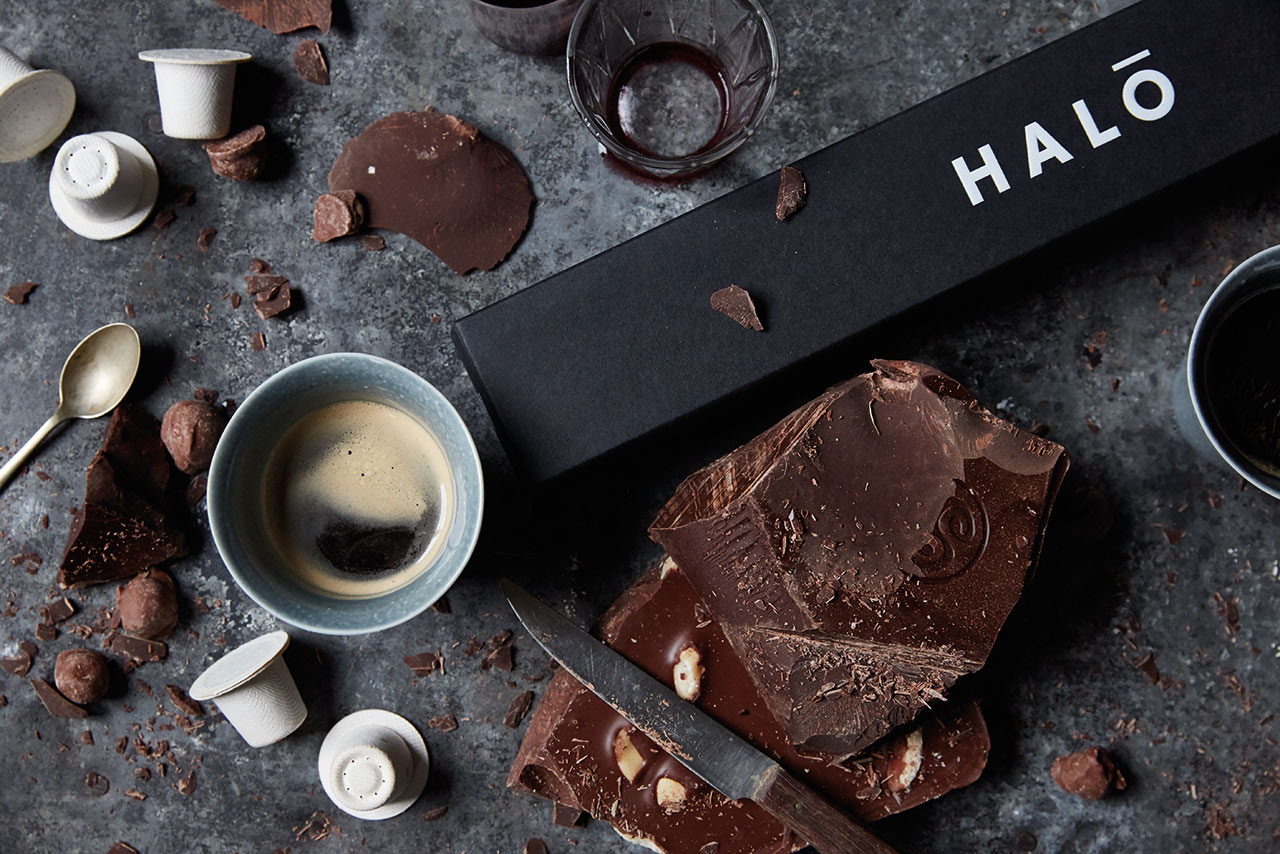 The other four fall somewhere in-between. "What we really underestimated is this bit in the middle, where big companies who can’t turn their oil tanker quickly enough or want to try new stuff are asking us to launch brands for them," Leonard says. The first to see daylight is Collusion, the fashion label Uncommon has helped to launch along with Asos that aims to be inclusive to people often ignored by fashion. Leonard and Graeme are both fizzing with pride about this, and not unreasonably – the launch campaign, which profiles 100 young people in a short film series, is ambitious and often fascinating and moving.

As well as Asos, the gang caught the attention of both Unilever and Aviva, both of which has also brought Uncommon in to collaborate on innovation projects. And the agency has also been involved in launching Tortoise Media, the "slow news" outlet from former BBC News director James Harding that was unveiled last week. 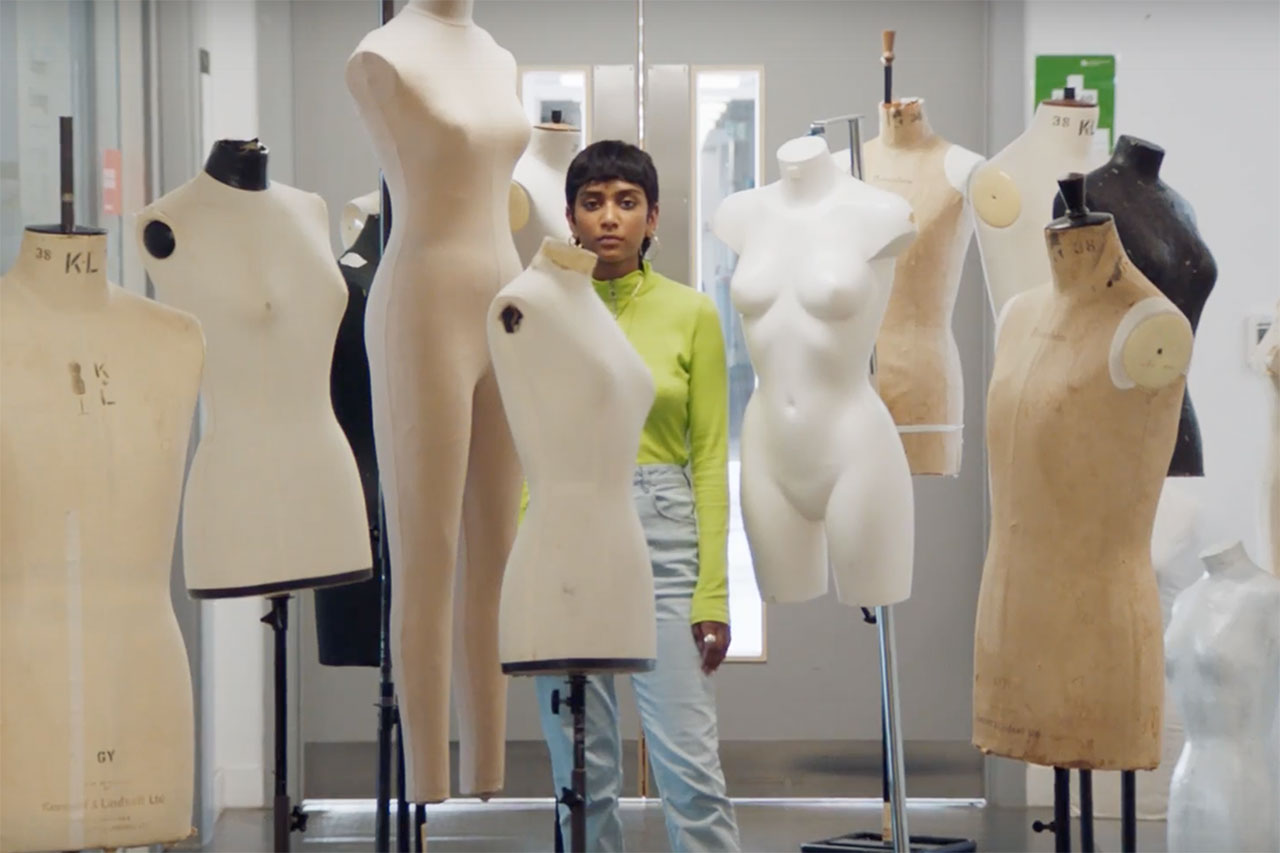 Other numbers: one D&AD wood pencil in April 2018 for Ovo, along with a highly commended at the Festival of Marketing, a silver at the Lovie Awards, and two nominations in next week's Campaign Big Awards. If they can maintain the standard of their early work, they're sure to add to this tally in 2019.

People wise, Uncommon has worked with around 90 so far, of which 34 are currently there. About half of these are permanent staff; many of the others, Graeme says, are "semi-permanent fixtures". A key plank of the agency’s foundational platform was the "Uncontract", its document outlining its relationship with talent. This reads more like advertising copy than anything else you might have seen specifying terms of employment, but Graeme says it has been vital in ensuring that Uncommon always kept its values front of mind. "The reason we wrote the Uncontract is so we didn’t wake up six months down the line and realise that had all happened by default," she says, meaning bugbears such as negative attitudes and the lack of respect for people’s time that plague some agencies. "And we’ve looked at it regularly and called ourselves to account."

Some things certainly haven’t unfolded as intended, though. One of the big ideas was for Fridays to be dedicated to the team’s own ventures, but it turned out to be rather naïve to think they could restrict the work of launching a brand from scratch to one day of the week. "We remembered the ferocious needs of our clients and presumed we’d need to protect a lump of time [for our own projects]," Graeme says. "But they end up prioritising themselves."

Looking at Halo, and while it may be unfair to say that Leonard bit off more than he could chew, he’s certainly still digesting the first bite. The brand hit various problems, he admits, including an unacceptably high fail rate for the capsules, a struggle to maintain the quality of the coffee and a demand it wasn't prepared for. It’s been out of stock for six months now, but a chief operating officer has been brought on board and the supply chain improved, and it is set for a relaunch in the next few weeks. Brand partnerships are also on the way, Leonard adds.

The shape of the company that emerged threw up some surprises, too. "There was a picture of a company in my mind that doesn’t exist now," Leonard says. "There are roles we didn’t think we needed. The work we’re making is very unconventional, but how a business of any sort, however new or different, needs to be run is weirdly with some of the most basic skillsets of any management team." Account management, he says, turned out to be "twice as critical" as he had expected.

Does that mean Procter & Gamble’s Marc Pritchard was talking rubbish earlier this year when he said there were too many account managers? Not entirely, they say. "What we don’t want is to get paid for doing the dance," Graeme explains. "We do still need account management – but a lot more senior, to be honest." 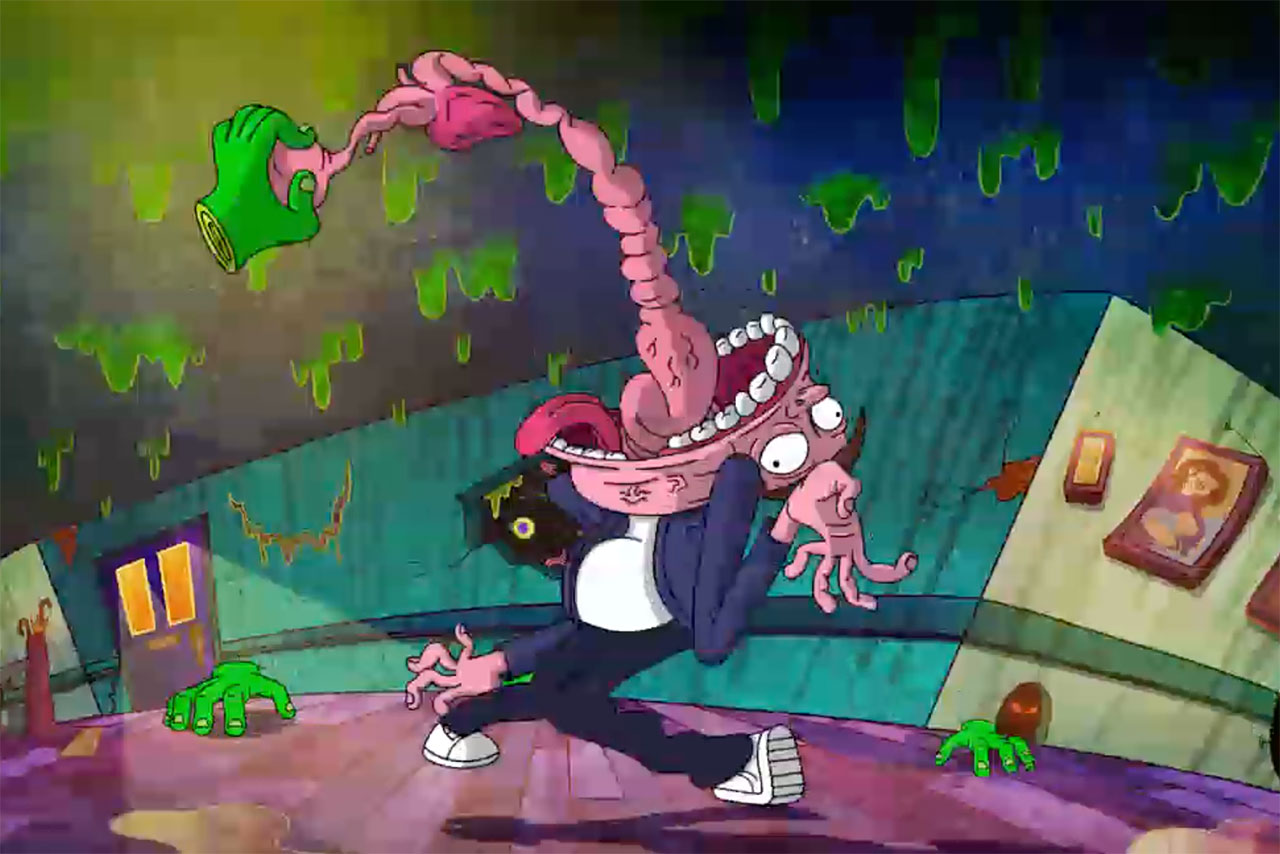 While Leonard and Graeme admit they haven't done a good enough job of seeking out an ethncially diverse workforce, Uncommon is doing better on diversity of age. One of the benefits of being choosy with their clients seems to have been a relative ease of attracting people further into their careers. Why? Simple, Leonard says: "At a certain age, people don’t want to give their time to something they don’t want to give their time to."

That has helped them bring in people such as Pete Gatley, who has worked as a creative director at a list of major agencies, including under Leonard at Grey. Leonard has also hired Sam Walker, formerly at Karmarama, as executive creative director – something that McCann co-chief creative officer Rob Doubal called an "inspired move".

"I’m sure he was being coy, and it’s far from the truth, but Nils once told me that he got out the way of talented people," Doubal says. "And actually I detect a fusion of both their souls in the work."

Vicki Maguire, Leonard’s successor at Grey, says Uncommon's work so far has been "exactly what they set out to do" and predicts they would spawn "a lot of me-toos" in the coming years, "especially given the way talent is moving out of the larger networks".

One of the next issues on the agenda is working space. "Ultimately, we’re running out of space," Graeme says – posing the question of whether they will need to find a bigger base than their slightly cramped office, tucked away in a yard next to a bridge in one of the slightly less travelled corners of central London. If and when they relocate, she’d like somewhere that’s "a bit of a destination", she says. "My fantasy is we would be able to have studio shoots actually in the studio – people like Mother do that right."

Leonard is excited by the potential offered in a new home – "the moment you start entertaining a physical space, you say: 'This is a chance to reassert those dreams we had'" – but admits he’s built up a big attachment to their first home. "I feel very soppy – it’s a physical part of our lives," he pines. "I’m gonna want to take bricks." 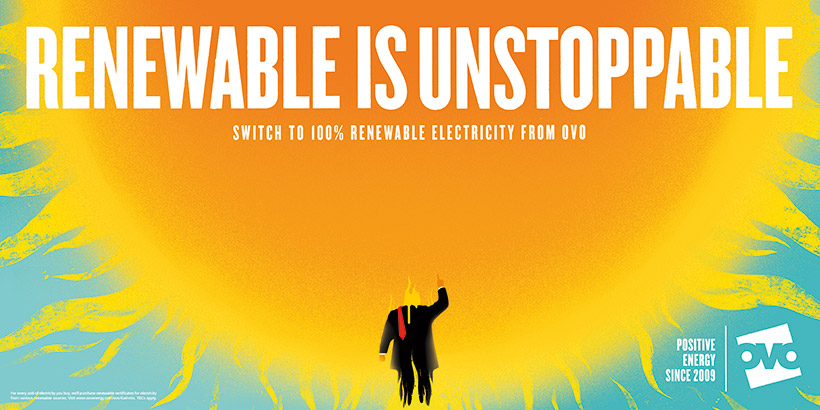 On Ovo "It’s time to power your life differently"

Uncommon, unlike most agencies, is uncommonly good at hype and self-promotion. More power to it. But, over time, headlines about itself will have to be replaced by headlines about the work. This work for Ovo Energy, its first, is a decent start. The idea is thin but the execution is strong and the mash-up of Slayer and the "Get mad" speech from Network is inspired.

They have created three interesting pieces of work in a row. And they seem to be itching to have a deeper layer of engagement with the creation of the work.

Ovo, get mad about climate change. Habito, meet the hell. And even with Asos/Collusion, there is a rebellious edge. It’s not surprising that, in the agency’s first year, their determination to succeed is manifested by anger and positive frustration. They have a heavy metal soundtrack all the way. Jimbo Phillips illustration. Black-and-white monochrome design aesthetic. And the ideas are rebellious.

It’s quite normal for the energy to come out in the work. When Lolly [Laurence Thomson] and I joined McCann six years ago and were charged with creative renaissance and revolution, we pinned up the work at the end of the first year, and it literally had big explosions in every single one. Sony, Batchelors, Loyd Grossman. The energy couldn’t be contained and the type of energy shaped all the work.

So their determination to forge different relationships (such as with Asos), to change our attitude to climate change and fight against usual mortgages all have the hallmarks of anger and rebellion. A house style is developing. But that may change in the next year, depending on the moods the agency goes through.

Everybody said that their timing was crazy – they resigned straight after Brexit and launched when the industry was in freefall – but it couldn’t have been better timing. They’re fast, responsive, they’ve got energy. This isn’t just the Nils show – a lot of this will be driven by Natalie Graeme. She never really gets the credit, but she’s ferociously entrepreneurial.

A lot of good creative agencies have had Ovo. Their campaign – I thought that was a really good bit of mass-market challenger brand mentality. I see that in the mortgage stuff they’ve done too [for Habito].

More traditional established brands are going to start to need the kind of work that they are establishing themselves. I think they’ll spawn a lot of me-toos in the next couple of years – especially the way talent is moving out of the larger networks.

In terms of impact, I’d put them right up there with Mother, HHCL and Adam & Eve.

If you were to start from scratch, what kind of agency would you launch?