In her first interview since quitting her post as chief brand officer at Uber, Saint John was joined on-stage at Cannes Lions 2018 by WWE’s Stephanie McMahon (below, centre) and YouTuber Lilly Singh (left) to discuss "taking risks and building brands".

Though Saint John - listed in Campaign’s Power 100 2018 - did not address her motivations for leaving the ride-hailing app after only a year, the former PepsiCo marketer admitted her decision to swap Apple Music for Uber had been a "big risk" for her career prospects.

"At the time [Uber] was under quite a lot of heat for things that had been happening in the company, and how it was behaving in the world," she said.

Saint John said she was drawn to Uber as a means of increasing the diversity in the technology world: "For me, the challenge was the perception of my move, as a black woman in Silicon Valley where there aren’t a lot of black women. I thought it was important to represent, and to be a change agent." 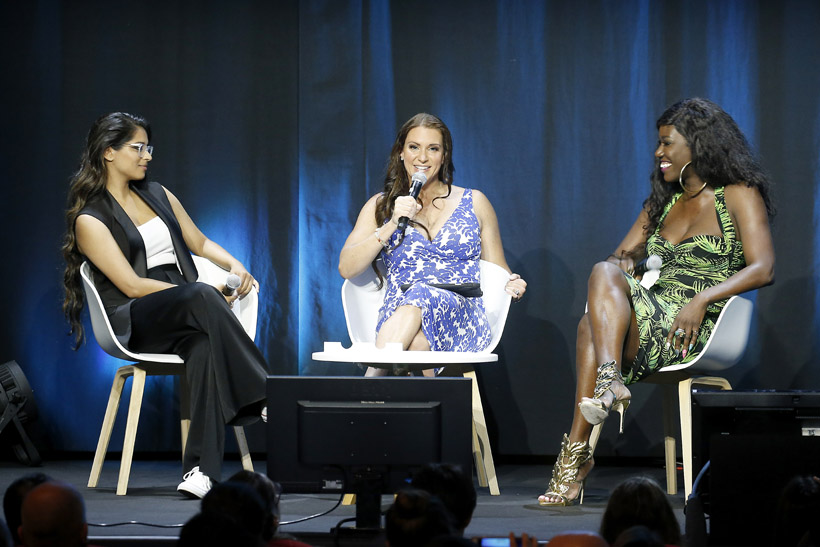 With her last four roles having been created for her, Saint John told delegates she is "creating [her] own destiny", and encouraged women in the audience to agitate for level pay with male counterparts.

"The point about pay and equity is we have to demand our worth. The challenge for women is we are knocking off all the requirements before we go into the offers and ask for a raise. We usually receive offers before asking. When you look at black women it’s even worse. I began to switch that dynamic very early on.

"I began to research the position, figure out the hierarchy, and then went in with my offer - and I always asked for whatever a white man is making in that same job."

Unilever's Aline Santos: my mother told me I was born an activist

Sainsbury's marketing chief: We can only deliver for our customers when we're joined up

Kraft Heinz CMO: learn to do less and lead more

Santander CMO: Brexit is still a worry, but let's embrace the uncertainty

L'Oréal CMO: marketing has not done a good enough job explaining the benefits of data

The AA's marketing director: a bad decision is better than none at all

Birds Eye marketing director: why we gave the Captain a rugged new look for 2018

Uber may have their London licence back, but their business model lies in pieces

Uber really needs to grow up

Uber's chief brand officer: if we can change, no one else has any excuse