Social media is bringing a fresh intimacy to the relationship between fan and player, with significant implications for brands.

Intimacy is perhaps one of sport's greatest strengths; fans aren’t just passive consumers; they feel every moment. In the social media age, that intimacy is being heightened, presenting new opportunities for brands to connect.

"Done right, what social media does is shorten the distance beyween players, clubs, brands and the audience," Theo Luke, senior director of global content partnerships at Twitter, explains. "That is the winning USP of Twitter: it allows you to feel that you are talking directly to clubs or players."

The myth of conversational marketing

Social media has spawned a marketing cottage industry based on the premise of "conversational marketing" – a place where brands can have a voice. Yet such brands are few and far between. "Paddy Power is a brand with an authentic and timely voice," Luke notes.

To enter a "conversation" with consumers around sport, brands need to have a reason to be there in the first place. Social media does not negate the fact that brands need to earn their place in a conversation. For brands such as Vodafone, this means sponsoring Premier League clips.

In many ways, these sponsorship deals work like traditional broadcast deals, but arguably social media enables brands to be more segmented and targeted in their approach. For example, each year Electronic Arts buys Premier League footage that runs from August until Christmas. "They capture the excitement of the game and leverage it in its core sales period," Luke explains.

The big question remains to what extent tech platforms will disrupt the traditional pay-TV model for sport and what implications that will have for brands.

"The pay-TV model is well-established and supported by advertising," Luke says. "But there is also a growing value around real-time clips, and serving minute-long segments in real time with brands is a growth area."

In the midst of gif culture, brands have the opportunity to "own" sporting moments in new ways. The "guys in ties" traditional broadcast approach is being challenged by fresh fan-based perspectives, powered by social media.

The promise of social

In this emerging ecosystem, there are new commercial opportunities abound. "In women's sport, the ground is shifting quite dramatically, and in the US we have concluded a deal with Fox around the Women’s World Cup," Luke says. He believes the promise of social media is to galvanise these niche audiences into viable commercial platforms. (Facebook has already secured deals in sports including lacrosse and surfing.)

"In the old-world model, the federations came first, then clubs, and then broadcasters. In social, the players are at the top of the tree; they have that cut-through," Luke explains, pointing to the example of Chelsea’s Eden Hazard, who has an authentic voice and displays great knowledge of the game.

In the brand space, Luke highlights Guinness as a brand that has capitalised on this immediacy by partnering ex-England rugby player Will Greenwood for its "Greenwood Series" around the Six Nations. The show, which was live screened on Periscope, was compelling viewing for many fans.

The end of the passive fan

The breakdown of the "old world order" of sport broadcasting is also evident in the influence players have from their own social media accounts, which often far ecplise the reach of tradtional media platforms such as newspapers and magazines. "A lot of brands want to have an authentic voice championed by atheletes," Luke says. "Sports culture is a huge part of culture and brands who want to shift culture recognise that strength."

Raheem Sterling’s recent Instagram post condemning racism, for example, was a watershed moment for football. The Manchester City forward responded to alleged racial abuse by Chelsea fans by shifting the lens to newspapers for helping to "fuel racism" with the way they portray young black footballers. The agenda was set by Sterling himself and then followed up by traditional media platforms. 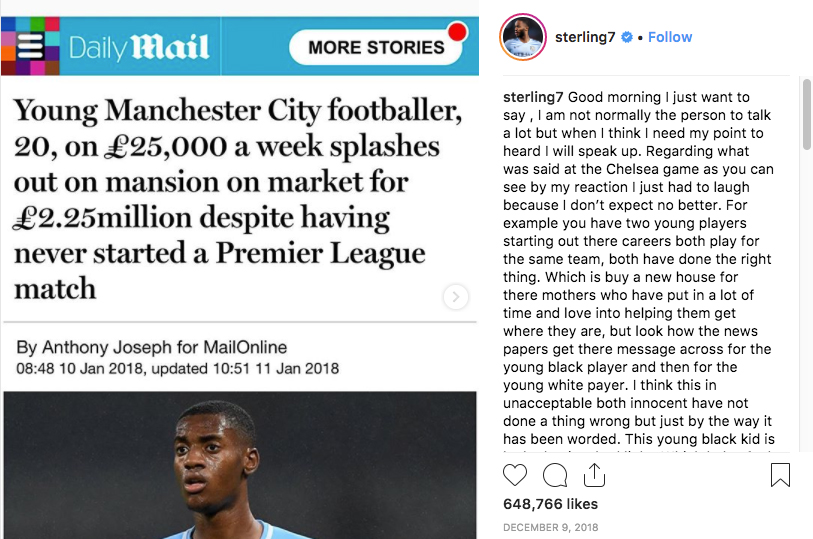 "I hope [social media] will drive more diversity in sport," Luke continues. "There is no gatekeeper to creating and connecting with an audience, but brands need to think carefully about the kind of exposure they are going to get. Evidently, the rules of the game are shifting."

As the era of the "passive fan" draws to a close, there are increasing opportunities for more meaningful connections.

Theo Luke, senior director of global content partnerships at Twitter, is speaking at Campaign’s upcoming sports marketing summit Future Fit. Taking place on 26 February in London, it will explore how brands can capitalise on emerging opportunities within sport, from sponsorship to personalisation, from new tech to fan engagement – all through Campaign's unique lens of creativity and effectiveness.

The challenges of making Women's Health fit for the future