The battery brand eschews supercharged rhetoric and opts for humor this holiday season.

Batteries are so hot right now. They're literally smoldering, like the Samsung Galaxy Note 7's lithium ion battery that's now banned from airplanes. They're also burning up the news, as in Energizer revamping its bunny mascot and Duracell switching AORs.

Now, 110-year-old Rayovac, owned by Spectrum Brands, is advertising after a decade of silence.

Ten years later, the battery brand is skipping the football partnerships and instead appealing to millennial moms in its "The One Thing That's a Sure Thing" campaign, courtesy of creative agency Lindsay Stone & Briggs.

"For this mom, she's juggling little kids, being the CFO of her household," said Lindsay Ferris, SVP, chief marketing strategist at the Wisconsin-based agency. "Most of our moms are working at least part-time. Batteries aren't high on her list of things to worry about, so [Rayovac] is something that she can feel completely confident about. Her day is unpredictable, but this is the one thing that's a sure thing."

This female-first approach is intentionally different from competitors Duracell and Energizer. Duracell films most recently featured rock climber Kevin Jorgeson and a man who gets his hearing back thanks to hearing aid batteries. Energizer keeps going and going with its pink bunny. But Nielsen research shows Rayovac to over-index with young mothers, so its holiday spot features a mom who narrowly escapes ballet flats filled with cereal only to step on a treacherous Lego seconds later. Luckily, Rayovac batteries power her wine opener, so she can sip away her silent screams.

"A lot of battery advertising is very supercharged," said Ferris. "It's always, 'Oh, more power! I need max!' We wanted to say to our mom, 'Look, we get you. We know what your life is like. We like you. We just want to be a part of your world.'"

To reach moms in their worlds, Rayovac's media mix includes print magazines like PEOPLE, Real Simple, Family Circle and HGTV, but the bulk of its advertising will be mobile- and social-first centered on digital video. After all, this mom is on-the-go. "We know she's not sitting down with a plate of bonbons," Ferris added. 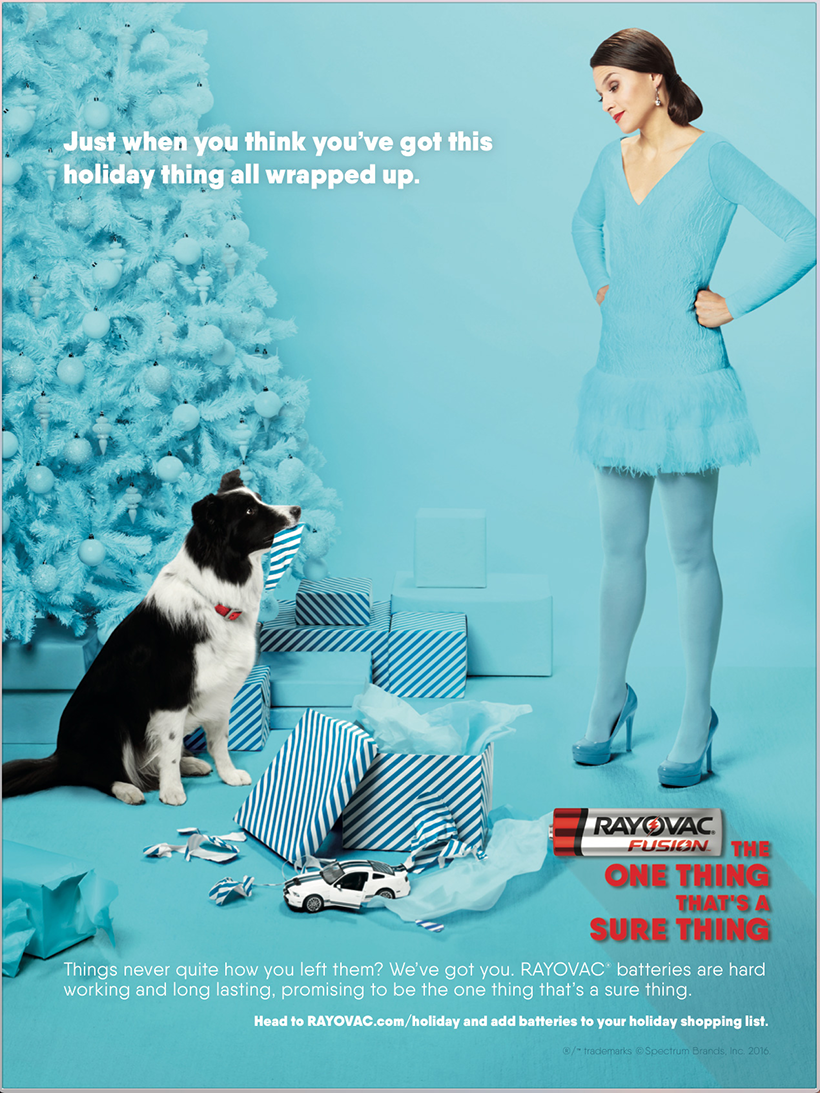 While the marketing spend for this campaign is undisclosed, Rayovac senior director of marketing Colleen Orani admitted that the brand has to be "very efficient with our dollars," which makes sense for a company that filed for Chapter 11 bankruptcy in 2009. Since then, Orani said her team has focused on innovating the Rayovac brand.

"We celebrated our 110th anniversary this past January, and it really caused us to reflect on our brand and the journey that we've been on," Orani said. "We thought, 'Gosh, what if consumers knew all the things that we knew?' For example, in industry standard tests, our Rayovac High Energy AA batteries last as long as Coppertop and Energizer Max, but they cost 20% less."

That long-lasting factoid is missing from the holiday creative as Lindsay Stone & Briggs opted for empathetic humor. But it may be something Rayovac will feature in future advertisements—if there are any. Orani said the brand will measure and evaluate this campaign before it launches any new ones.

Anomaly parts ways with Duracell after two years as AOR

Behind the scenes of the Energizer Bunny's digital redesign

5 things Samsung must do to salvage its reputation

Samsung recall: an exercise in 'bold and brilliant' crisis management