With six weeks to go until polling day, all parties will seek to create momentum via distinctive communications.

It was Bill Clinton who famously said: "You need to own the future."

Love him or loathe him, that’s what Donald Trump did during the US presidential campaign. His slogan of "Make America great again" was an empowering, forward-looking phrase that energised the electorate. By contrast, Hillary Clinton’s more anodyne "Stronger together" message failed to capture the public’s imagination and did not paint a vision for the future.

The challenge for all political parties in the upcoming UK election will be how you engage a public who would be forgiven for suffering from an acute bout of political fatigue with their third vote in three years.

The Conservatives have already drawn their battle lines. They want to frame this election around the themes of stability, leadership, the economy and a plan for Brexit. In a nutshell, continuity with change. We are in a different world now, but expect to see some similarities with the 2015 election.

Labour are in dangerous territory. They are still trying to find their voice and a distinctive message. They risk being defined by the Conservatives – something that is very hard to recover from. And a divided policy on Brexit risks derailing their campaign.

The Lib Dems are in relatively good shape. They have positioned themselves as the anti-Brexit party and are well-placed to pick up on any anti-Brexit sentiment in the country. With limited resources, they may focus on a handful of seats.

With a new leader, Ukip are, to some extent, an unknown quantity. But the Conservatives have shot their fox with Brexit. The challenge is how they can carve out a distinctive message and convey a sense of purpose.

In normal circumstances, you know when a vote is coming well in advance and plan accordingly. This snap election – which, to the credit of Theresa May’s team, was kept secret – caught everyone on the hoof. With six weeks until polling day, everything will move at breakneck speed.

"The Conservatives want to frame this election around the themes of stability, leadership, the economy and a plan for Brexit"

Elections are all about a sense of momentum and disruption. And it’s now a race against the clock as each party seeks to find the quickest route to voters.

The speed and surprise of this election means everyone will be scrambling to get their infrastructures in place. The parties only have a matter of weeks – rather than the usual six to 12 months – to get candidates in place, leaflets printed and activists on the ground mobilised. Against these time constraints, online advertising, infographics and videos will become key in reaching target voters quickly. The parties won’t have had time to build up huge war chests to spend on lavish billboards – digital media offers a cheaper and effective way of hitting the ground running.

Online media also gives the parties opportunities to disrupt their opponents. During the 2015 campaign, we always sought to dump stories damaging to our opponents in the middle of the day to disrupt the rhythm and cycles of their carefully choreographed schedules. On the day Labour announced a flagship policy to crack down on non-doms, a savvy Tory researcher uncovered an old video clip of Ed Balls directly contradicting the policy. Within minutes, the soundbite went viral.

The 2015 campaign was a textbook example of the power of online advertising and digital. But political posters made a comeback, making an impact online and in the media as well as on the billboard. They were not the be-all and end-all but they played a key role in reinforcing a central message of the Conservatives’ campaign.

The pictures of Ed Miliband in the pocket of Alex Salmond and Nicola Sturgeon became an enduring image during the election, used again and again by newspapers and broadcasters. The imagery only worked because it reinforced a credible central message of the campaign – that Labour couldn’t form a government without being propped up by the Scottish National Party. 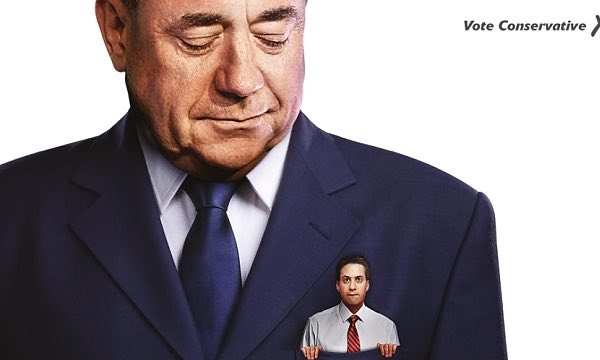 The challenge will be how you get your story heard in a news cycle that will be moving quicker and quicker. If you have too many messages, you will get lost. During the 2015 vote, much to my surprise, we found that one story a day was enough. During the Brexit campaign, stories lasted three hours. It’s getting harder and harder to control the news agenda and leave a long-lasting footprint. As ever, repetition of message will be key.

Of course, none of this matters if you don’t have the trust of the voters. This election comes down to: who do you trust with your future and security in an uncertain world? Consistency and simplicity of messaging will come into sharper focus more than ever during a short campaign.

For the Conservatives, endless speculation about a landslide victory could prove dangerous. If people think the party is going to romp home in the polls, they either won’t vote or they may use the opportunity to register a protest vote. So the Conservatives need to elevate and maintain the risk of a Jeremy Corbyn government. They need to find a clever way of energising voters over the next few weeks.

If the past year has taught us anything, it’s that political certainties and conventions have been thrown out the window.

Giles Kenningham is a former head of press at No10 and spokesman for prime minister David Cameron. He is a founder of PR consultancy Trafalgar Strategy

Simplicity and repetition is key in election campaigns

Newspapers need to give ad buyers what they want

Nothing fake about Facebook's political influence

From 'die-hards' to 'devastated pessimists', early thoughts from the Brexit election voter tribes