2014 was the year experiential marketing went mobile. Event looks back at eight great brand activations that took place on the move.

The experience was complemented by a number of activities, including performances from a Christmas choir, Christmas card-making sessions, and a photobooth with festive props.

November also saw fashion retailer Oasis kick-start its 12 month activation Bessie The Bus, a retro converted library turned pop-up shop. Fans of the brand have been encouraged to use Twitter to vote where the vehicle stops.

Kitted out with retro kitchen interiors such as a cooker, kettle and working fridge, the bright pink bus has been designed to showcase and sell Oasis’ latest products at places where it does not currently have a retail presence. It also includes displays of a selection of accessories and rails of ready-to-wear items.

Mobile network Giffgaff partnered with agency PrettyGreen to create a ‘contract-cutting’ travelling barber shop in October. The activation brought on board three young hairdressers from the Total Barber Academy to cut hair at universities around the country. 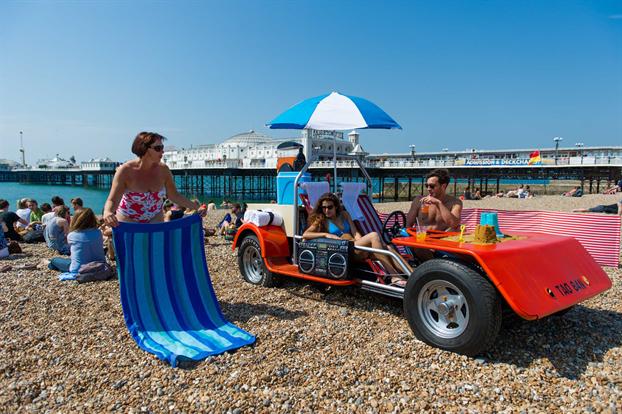 Visual arts studio Rewind FX developed what it claimed to be the world’s first automated sun lounger for car hire brand Holiday Autos in July. The Ultimate Deck Chair provided a mobile sunbathing space for two people, while a GPS tracker directed the on-board parasol to follow the movement of the sun.

The creation also featured sun cream, drinks, book holders, a stereo system, a refrigerated slushy machine and built-in sandpit. After a launch in Brighton, the deckchair went on to tour the UK over the summer.

Toy brand Hasbro tasked experiential agency i2i Marketing with co-ordinating a UK-wide roadshow in June to promote its new line of Transformer toys. Centring on a seven-metre branded trailer, provided by Mobile Technik, the experience allowed consumers to interact with its new products.

A bespoke digital experience that utilised Kinect technology was also included in the activity. It allowed visitors to become either Optimus Prime or Dinobot Grimlock and take on a challenge to see how many times they could transform their robot against the clock.

As part of the beer brand’s ‘Open your city’ campaign, Heineken worked with agency RPM to launch its Star Cabs event series in London. The experience, which will run until January, features a fleet of branded black cabs that transport guests around the capital to 30 bars affiliated with the lager.

Participants can fill in their details and location on the event’s web app for a chance to win a free drive. The green taxi drops winners at a participating venue across town, along with a map of the surrounding area to explore. They will be welcomed by a host, served a Heineken and guided through the bar.

The team distributed coffee and tea to commuters in the morning and at lunchtime, taking the opportunity to speak to them about the publication. It also captured data from its audience and signed up subscribers using tablets on-site. 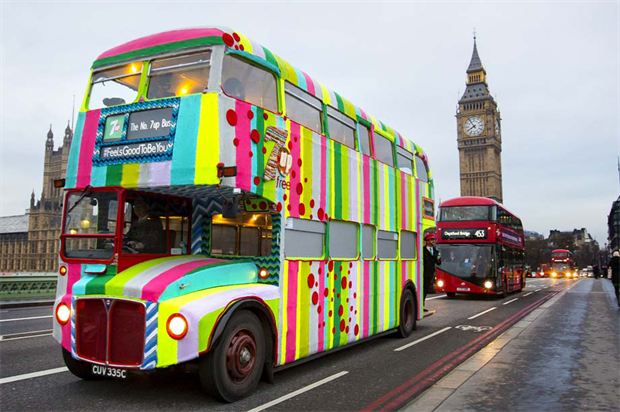 PepsiCo’s soft drink brand 7up took over a London Routemaster bus to promote its new ‘Free’ product. The stunt featured the work of urban knitter Magda Sayeg and her team of 12, who knitted enough wool pattern to cover the bus from top to bottom.

The bus travelled round the capital for one day in November, dishing out samples to consumers.

In pictures: Oasis takes Bessie The Bus on the road

Hasbro takes Transformers on the road with i2i Marketing