EE is launching a multimillion-pound brand campaign trumpeting its 4G coverage with the return of Hollywood actor Kevin Bacon, alongside Gogglebox and I'm A Celebrity... Get Me Out Of Here star Scarlett Moffatt.

"We go further" launches tomorrow (1 April) and sees Bacon travelling the length and breadth of the UK accompanied by ‘Ed the engineer’, humorously demonstrating how far EE goes to help its customers do more with their 4G.

The opening scene of the 40-second TV ad sees Bacon and Ed ascending Scotland’s snowy peaks to install a 4G mast so that a family in a caravan can stream cat videos. 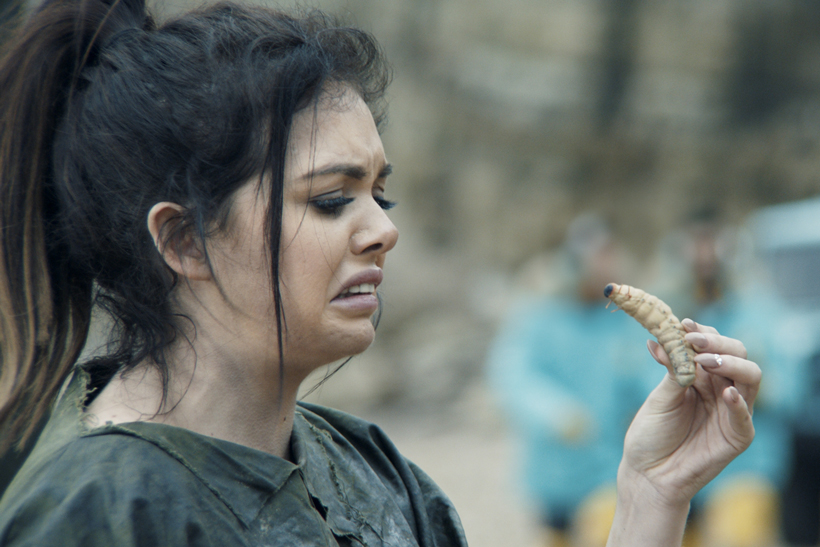 Another scene depicts the duo test-flying a 4G-boosting drone on a remote beach where Moffatt is poised to eat a large grub (above). Thanks to the arrival of 4G coverage she can now throw away the grub and use her smartphone to order a chicken kebab from Just Eat.

Other vignettes include the engineering team’s trip to a music festival to demonstrate EE’s temporary network setup, with Bacon glittered-up and telling Ed: "You’ve given these ravers Facebook Live."

Finally, the duo drive into the sunset and Bacon concludes: "EE, we give you 4G in more places than any other UK network."

The campaign, created by Saatchi & Saatchi London with media planned and bought by Maxus, highlights EE’s competition-beating 4G coverage, which covers more of the UK than any other UK mobile operator.

According to EE, this is its "most personalised campaign to date" and features localised photography and messaging used in its 129 regional stores and 21,000 potential message combinations for direct customer communications. 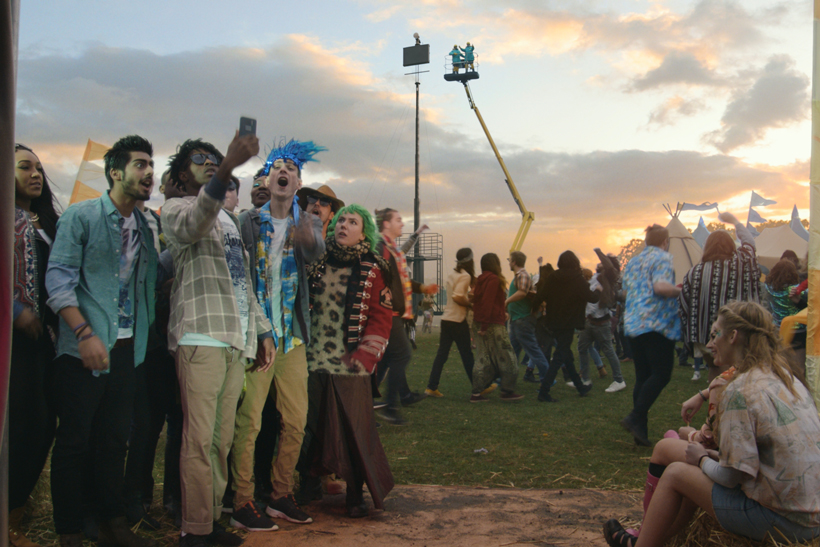 "We go further" will break during ITV’s Ant & Dec’s Saturday Night Takeaway, which also stars Moffatt. The ad includes a 20-second version, while a selection of seven-second edits will run on digital platforms including SnapChat.

The campaign will also run across print, digital, social, OOH, regional radio and via in-store activity.

Mark Slack from Saatchi & Saatchi created the ad, which was directed by Hank Perlman through Hungry Man.

Max Taylor, EE"s managing director of marketing, said: "Following our successful campaigns on network speed, we are evolving our core messaging to focus on helping our customers to do all the things they love over 4G, wherever they are…

"We are on a mission to cover 95% of the UK landmass with 4G by 2020, rolling out our network to the furthest corners of Britain to ensure our customers get the fastest speeds no matter where they go."

The campaign is timed to run alongside the launch of Samsung’s Galaxy S8 and S8+.

Case study: Why EE teamed up with YouTube for football sponsorship

BT TV and Sport marketer: Challenge your team to think, not just do