Over two decades, the Baftas' partnership with EE (first as Orange) has pushed both to innovate.

April 1998. The UK was preparing to host the Eurovision Song Contest; a fresh-faced Tony Blair was approaching his first anniversary as prime minister; and a quirky challenger brand in the still-adolescent mobile industry began a sponsorship that would become one of the most established in the country.

That was the year Orange first sponsored the Baftas. Nineteen years later, its successor brand, EE, is an integral part of the awards ceremony, regarded as the second-biggest date in the global film industry calendar. EE has just signed for a further two years, taking the partnership to at least 2019.

Mat Sears, director of communications at EE who leads its sponsorships, says that being involved with the Baftas offers the brand a high quantity of great content – "you don’t get access to better content than with Bafta" – and a big platform to demonstrate its credentials as an innovator. Each year has seen EE experiment with technology to bring new dimensions to the show for film fans; this year, the headline-grabber is the EE Roboselfie (see box). "It’s important for us to be very innovative in the activation of the partnership," Sears explains. "Rather than just getting seen and recognised, we’re trying to make sure the technology we have is recognised."

Another aspect is the EE Rising Star Award – an opportunity for the brand to associate itself with celebrities of the future. Last year’s winner was John Boyega of Star Wars fame. For January’s announcement of the 2017 shortlist, EE teamed up with Google to create 360-degree video experiences with three of the five stars, which are available on YouTube. Sears admits to having "mixed feelings" about virtual reality, but says it is still something that smart brands should be pursuing. "I’ve seen it in places where it just doesn’t work," he says. "You’ve got to really work hard to get the right kind of content for the environment you’re working in. But it can be powerful."

Sears acknowledges that getting the most from the partnership has involved an approach not dissimilar to Facebook’s one-time mantra: "Move fast and break things." He sees it as less of a risk to try something ambitious that doesn’t come off and needs to be scrapped than to play it safe. Sears cites a 360-degree Snapchat lens that had looked touch-and-go but ended up being delivered as part of the sponsorship.

"It’s very important that we push ourselves," he continues. "Sometimes we push it a bit far. But I would rather have a go at doing something really extraordinary than put something out that was average."

The evolution of the partnership over the years mirrors how society has changed. When Orange signed the deal, Sears says, it faced the challenge of appealing to women, who were slower than men to adopt the clunky phones of the time; the Baftas were only shown in the UK and only on (analogue) BBC One. Now, more than 80% of the population owns a smartphone, while the awards ceremony is shown in every major territory in the world and takes in new media platforms every year. The 2017 red-carpet show on Facebook Live attracted almost two million views.

What has enabled the partnership to endure? Sears sings from the same hymn sheet as Amanda Berry, chief executive of Bafta, who is credited with raising the awards’ profile. "The word partnership is incredibly important," Berry says. "We have a shared goal: understand and respect each other’s values. EE are forward-looking, an exciting and innovative brand. We have this incredible heritage, but it’s essential that we’re forward-thinking. They’ve challenged us in effective ways when we were maybe running a few steps behind."

Berry has dealt with a number of chief executives of Orange and EE over the years and "each and every one of them has understood the value of the partnership". She would rather not contemplate the prospect of looking for a new title sponsor should EE’s priorities change: "I’m one of those people who look at everything through rose-coloured glasses, so I very much hope it continues."

The cream of the film industry braced a bitter February night last Sunday to ascend a vast red carpet to the Royal Albert Hall – a new venue for the Baftas after a decade at the Royal Opera House. 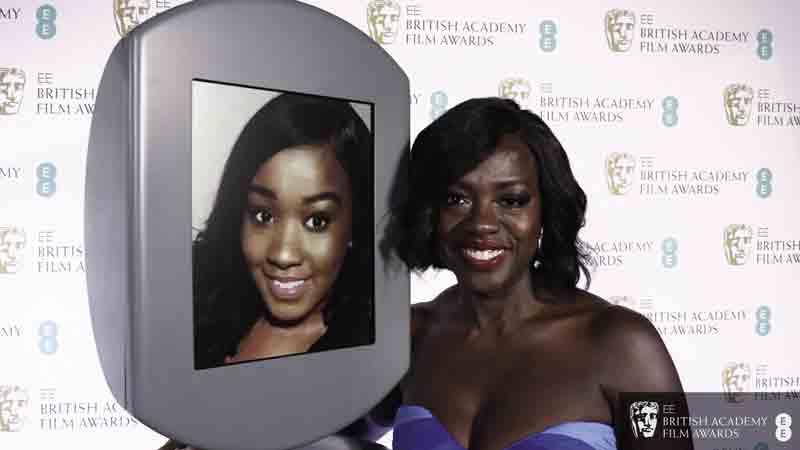 On the way in, a number of the celebrities – including Best Supporting Actress winner Viola Davis (pictured) – were pulled to one side to take part in a photographic experiment that not long ago would have sounded like a plot from the wackier end of science fiction. The EE Roboselfie is a human-sized robot with a screen on its "face" that displays a rapid stream of selfies submitted by fans using the hashtag #EEBaftaSelfie. The concept was created for EE by Poke, which also built the tech for the device. 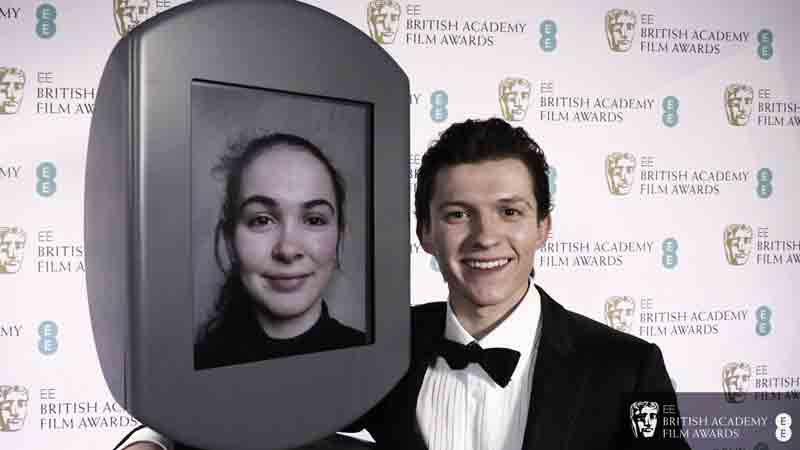 As the photos are shown, a camera takes a picture of the android with a celebrity posing alongside it, then the robot tweets the resulting image back to the user who submitted the selfie. EE’s Mat Sears says the Roboselfie is about extending the opportunities for film fans to engage with the awards: "It allows us to get these moments for people who aren’t able to be there."

BT and EE union moves up a gear with direct review