EE has cemented its six-year sponsorship deal with Wembley Stadium by lighting up the venue's arch in its brand colours of aqua and yellow.

The multi-coloured LED lighting has transformed Wembley's roof structure, and will eventually respond to events within the stadium such as particular matches, goal scores and roars from the crowd.

EE said that by early 2015, the arch will become the "digital heartbeat" of the stadium, as spectators will be able to control the lighting through social media hashtags. The arch could also display kit colours of teams playing at the stadium, a spokesman told Marketing.

The system consists of 228 large-scale LED floodlights that can display "millions" of colour combinations, according to EE. For now, the lighting is manually operated. 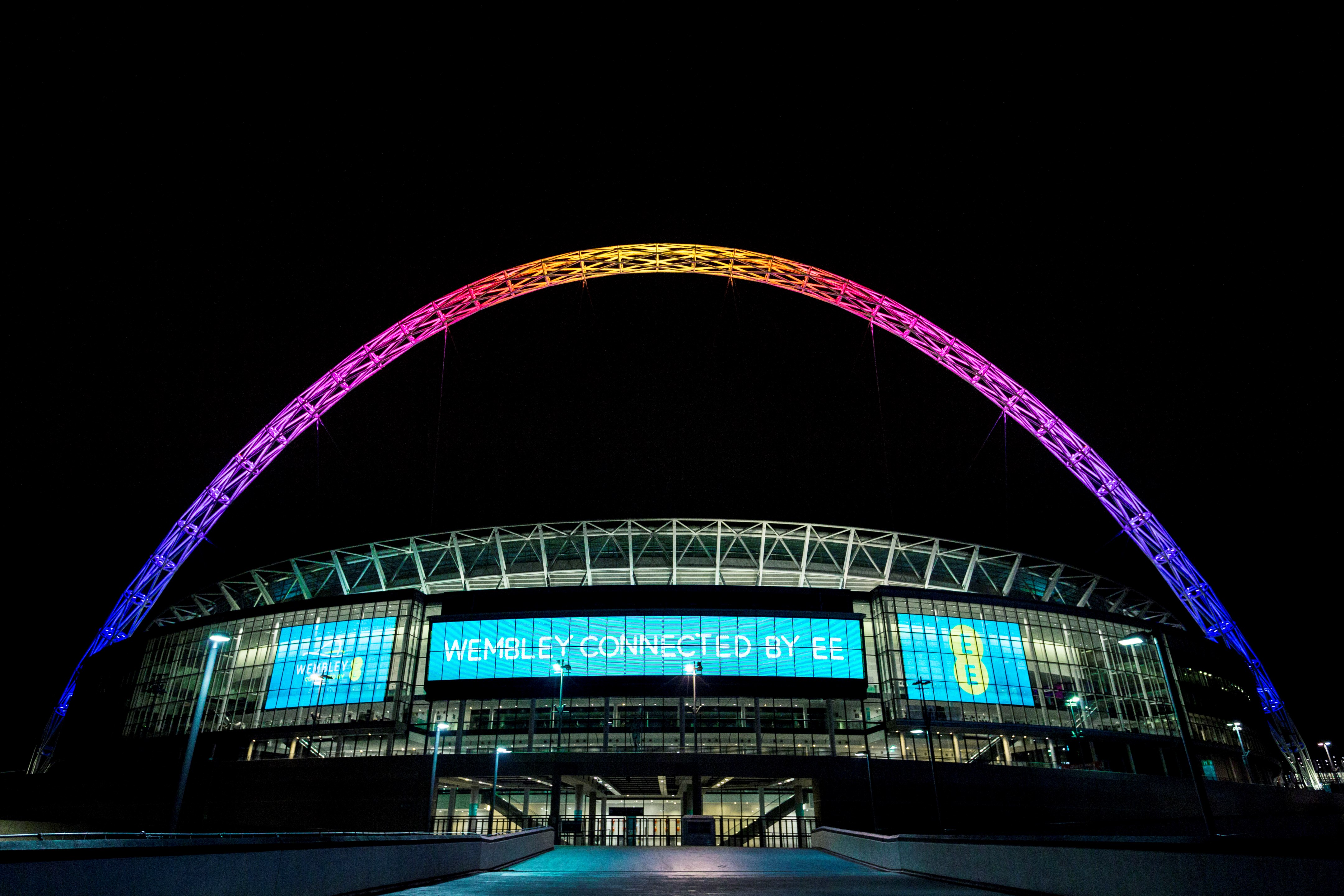 Phones4u forced into administration by 'ruthless' Vodafone and EE