Limited edition of 500ml bottle already racking up bids of $21,100 on eBay

McDonald's "special" Big Mac sauce is being sold across Australia this month until stocks last, with one limited edition 500ml bottle already racking up bids of $21,100 on eBay.

Restaurants across Australia will sell 200 25ml tubs of the famous sauce to customers this month, with just one 500ml bottle up for auction, the proceeds of which will be donated to charity.

The auction will run until Feb. 11, and the listing has already received 135 bids.

The recipe for the sauce is closely guarded by the fast food giant. 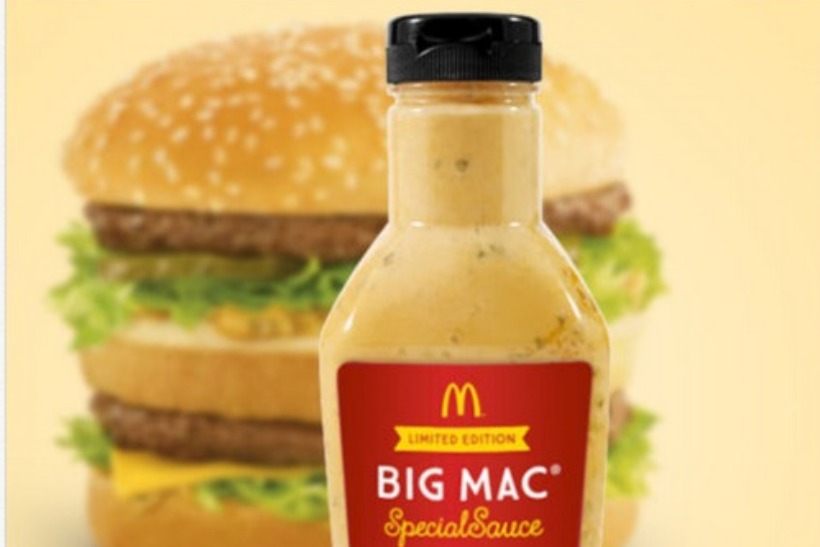 Mark Lollback, McDonald’s chief marketing officer for Australia, said: "Big Mac sauce is one of the most iconic McDonald’s ingredients and people often ask us where they can buy it, so we’re excited to be the first country in the world to offer tubes of Big Mac sauce to our customers."

On eBay, the listing reads: "For too long, Big Mac Special Sauce has been trapped in a beautiful, delicious burger – now we’ve set it free!

"With 500ml to play with, you’ll have enough to impress your friends at dinner parties, cheat your way to cooking show fame, and get elected as prime minister!"

Not lovin' it: Mixed reactions as McDonald's kicks off new 'Signs' campaign

McDonald's is preparing a new slogan, and you already hate it