EasyJet and VCCP teamed up with the Netherlands Board of Tourism and Conventions to create an immersive and inspiring live brand experience... all without leaving London. The work won the Live Brand Experience category at Campaign's Marketing New Thinking Awards in association with Sky Media.

A co-created activation invited passers-by to say "Why not?" and step, Alice In Wonderland-like, through a mysterious plane door on a London street. On entering, they were taken on a whirlwind trip through some of the best bits of the Netherlands, through a combination of immersive theatre and 360° filming.

The experience, devised by easyJet's ad agency, VCCP, and the subsequent social content (both user-generated and bespoke, brand-created content) was intended to inspire more travellers to embrace their spirit of adventure and spontaneity, and book flights to the Netherlands – even in the face of heightened travel anxiety.

When easyJet launched in 1995 it was with a clear purpose: to make air travel more affordable for more people. With this democratising intent established, it successfully built on its first-mover position: not only was easyJet the first airline to provide low-cost European flights at scale, but it was the first to build its business around its customers, putting the ‘frills’ back into no-frills air travel to become a truly customer-centric, affinity-driving brand.

Fast-forward to 2016 – a difficult year for the UK travel industry. A spate of terrorist attacks had, understandably, introduced anxiety into the previously happy-go-lucky customer mindset, while the Brexit vote led to rising costs. Travel needed an injection of confidence, spontaneity and exuberance.

The easyJet "Why not?" campaign was launched to reflect and amplify a whole generation’s revolutionary attitude to travel: spontaneous, adventurous, open-minded and determined to get the most from life at every opportunity.

As a customer-centric brand setting out to inspire impulsive trips, a branded experience that required a spirit of adventure felt like exactly the right approach.

Another aim was to prove that great creative and an engaging idea could still drive organic reach on social channels – showing that, with the right content, the unique properties of social channels could complement, rather than merely replicate, traditional above-the-line advertising.

As a brand without a high-street presence, it isn’t always simple for easyJet to engage directly with its passengers outside of the standard customer journey – yet those moments of direct engagement have huge value for a brand that has always sought to put passengers at the heart of its business and innovation.

Another factor in deciding VCCP's approach was its resolve (shared by its Dutch partners) to prove that the often staid world of airline-tourist board partnerships could take a new form that would do real justice to the inspiring and engaging subject of travel.

VCCP set out to show that its ambition could be achieved both as a real-life activation and via social-media channels – the natural home of travel inspiration for a young, mobile generation, and a way to achieve reach far beyond those who experienced the activation for themselves. 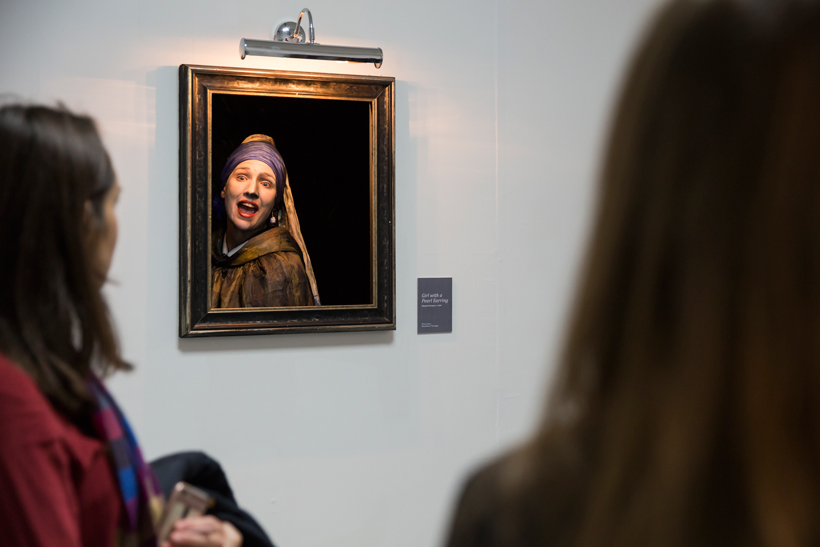 The rise of immersive, interactive theatre and experiences was an inspiration. The target audience – young and adventurous – had an insatiable appetite for experiences that blurred the line between reality, imagined realities and interactive content.

An immersive, content-driven activation would invite people to experience easyJet's adventurous, impulsive, "Why not?" attitude at its fullest. If people had started feeling a little more reluctant to jump on a flight to mainland Europe, it would be just the push of inspiration they needed to get up and go.

To do that, a plane door would be installed on a London street, encouraging visitors to step through and "leave reality at the door". What better way to represent easyJet’s role as the gateway to Europe?

They would be transported into a whistle-stop tour through a European city, guided by a full cast of live actors. It would be the kind of Narnia-like, out-of-this-world experience people wouldn’t be able to help telling everyone about.

For those who couldn’t make it, a 360° video of the experience would be hosted online, complete with 'Easter eggs' to make it even more engaging – a hidden photo of a mobile boarding pass would serve as the passport to a competition to win flights.

To bring the idea to life, VCCP needed a destination partner, with all their insider expertise and the access they could grant. The Netherlands Board of Tourism and Conventions (with which the agency had previously worked, on smaller projects) saw it as a great opportunity to show that there was more to the Netherlands than just Amsterdam, and more to a holiday there than coffeeshops and partying.

The deeply collaborative nature of the project ensured VCCP unprecedented access. Its creative and production teams were invited on a Dutch immersion weekend, with a multi-city itinerary that allowed it to flesh out the idea with true authenticity. 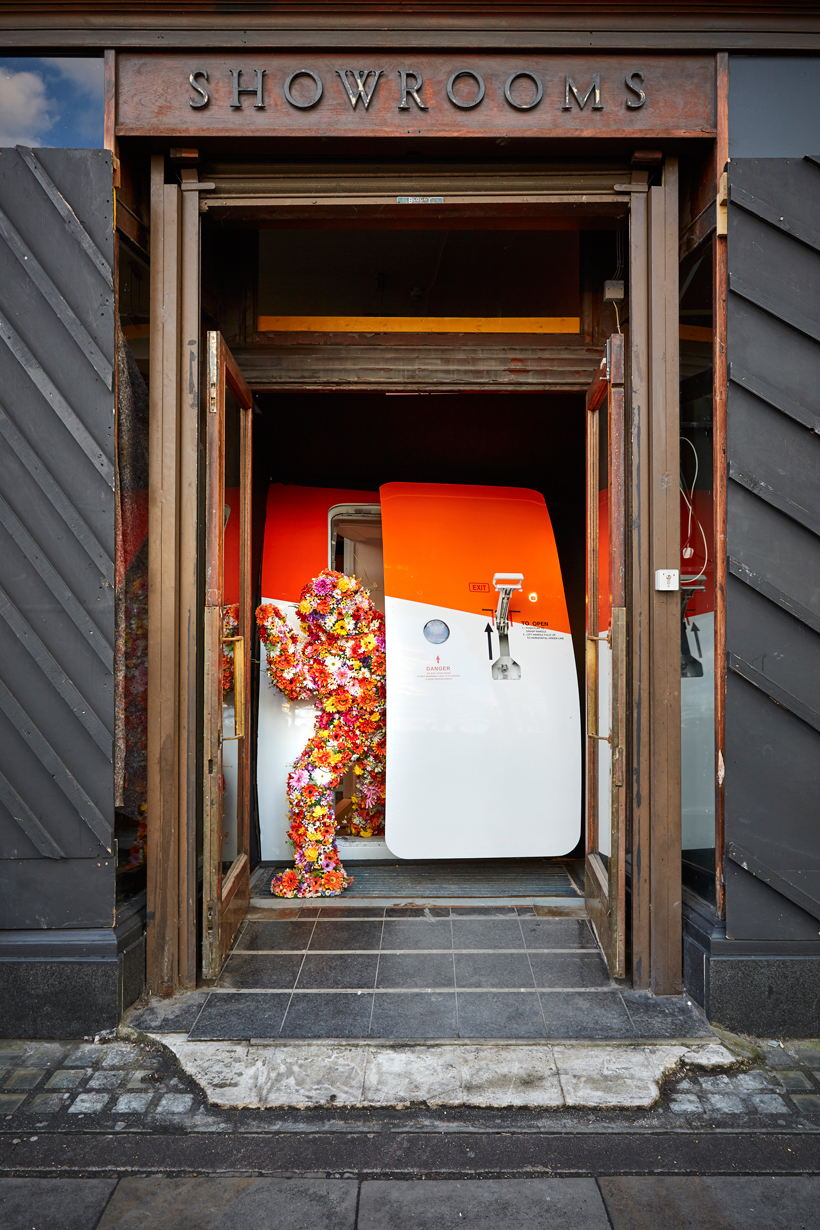 The creative partnership resulted in an outstanding immersive experience. Guided by a real-life easyJet crew member, anyone walking down an East London street could quickly find themselves transported from the departure lounge to the Netherlands, whisked off on a barge, finishing in a tulip field – via a gallery modelled on The Hague where actors brought the paintings to life, and cycling past Rotterdam’s Markthal and Utrecht’s Trajectum Lumen.

People were driven to this experience via local outdoor, social media, PR events and media outreach.

Over two days, 940 curious passers-by went through the door, including ambassadors from The Hague, the Dutch tourist board and the UK Tourist Board. Visitors loved the experience and shared photos on their social channels, particularly of the ultra-Instagrammable tulip room. "Why not?" made it onto Twitter Moments and Snapchat’s coveted Stories page for London.

The activation also generated a huge amount of earned media. Everyone was curious to find out what was going on behind the orange door, and the media were happy to sate that curiosity, spreading the word. There were more than 50 pieces of coverage across broadcast, international, online and trade press, with a potential reach of more than 116m across the UK and Netherlands.

The Evening Standard made it one of its top ‘Things to do in London’ that weekend. PRWeek recognised it in its ‘Top 5 activations’ for October, too.

On social channels, the 360° video was shared with a minimal media budget – but that spark soon caught, escalating to reach a huge audience organically.

The overwhelmingly positive reaction of those who stepped through the plane door in London was one huge measure of success, while the earned-media reach achieved through the resulting social content and PR coverage was another deeply satisfying proxy metric.

But, above all, success could be measured by real business results – namely, whether more flights to the Netherlands were booked. There were – in fact, bookings took off. That month, every easyJet route between the UK and Amsterdam experienced a significant year-on-year uplift.

The campaign proved that tourist-board investment need not come at the expense of creativity, that partner funding for production can enhance rather than constrain the work, and that great, real-life branded experiences can come out of co-creation between partners.

Choosing to invest shared resources in an experiential activation, not media spend, was a bold move within the industry, but one which paid dividends – in creativity, coverage, consumer experience, and the bottom line.

Creatives are caught in a not-very-brave new world

The creative ideas that made me a better marketer