A Loch Ness stunt, a giant chocolate hen, and an egg hunt for grown-ups feature in this year's batch of Easter ads. Campaign rounds up the best brand efforts for the holiday

Much like the Christmas commercials that tug at our hearts every December, Easter ads are something of a tradition in the UK. As we kick off a week of chocolate bunnies and egg hunts, here's are a look at the best of the lot so far.

The Co-operative Food has created eight online films, called "the eggsperiments," in which members of the public step up to help a stranger in need, who is actually an actor hired by the brand. The campaign aims to inspire people to be "good eggs". 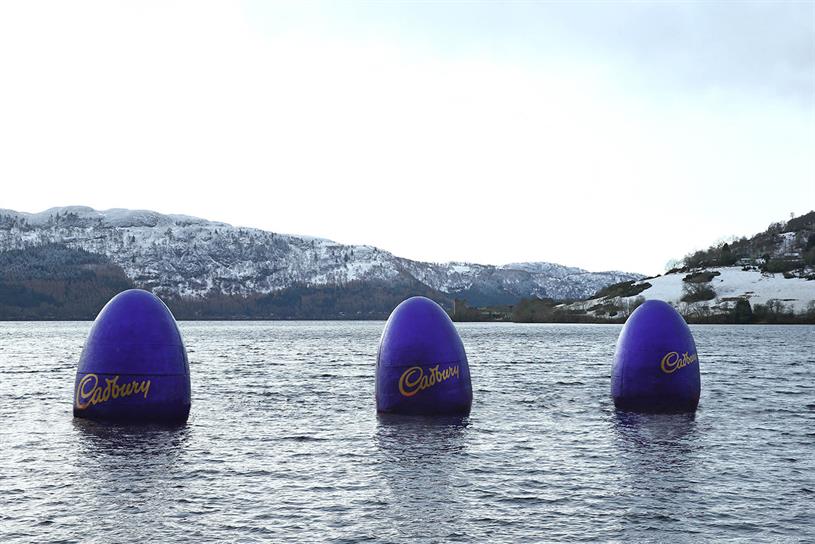 Cadbury dropped three giant eggs into the Loch Ness to make it look as if the Loch Ness Monster is slowly emerging from beneath the surface. PsLive, which is part of Dentsu Aegis Network, handled the experiential work.

A giant chocolate hen climbs to the roof of a supermarket and lays eggs for customers in Asda’s Easter campaign, created by VCCP.

Aldi spoofs Cadbury’s famous "gorilla" ad, but in this version the gorilla plays drums badly after comparing the prices of chocolate bunnies.

A family scrambles around the house searching for extra chairs in preparation for their roast lamb dinner. This is the first ad created by Publicis London since winning the account earlier this year.

M&S plays on the age-old riddle: Which came first, the chicken or the egg? The spot displays Easter products to the soundtrack of "Rather Be" by Clean Bandit featuring Jess Glynne, the same song used in other recent ads by the retailer.

Why an agency invested in insect snack bars

Why brands love the everyman appeal of St Patrick's Day

How US brands can win Chinese New Year

Why the UK has rushed to embrace Black Friday