E-cigarettes have faced their fair share of condemnation from the health lobby, politicians and from the Advertising Standards Authority.

But in spite of this floundering start, the market is set for growth as vaping becomes more popular and the NHS gets ready to prescribe e-cigarettes for quitting smokers. Could 2016 mark a new era of tobacco (free) advertising?

One minute e-cigarettes are the best smoking cessation product known to man. The next, it's thought that they 'normalise' smoking and might be just as harmful as tobacco.

A case in point: the government’s Public Health England recently estimated that e-cigarettes are probably 95% more healthy than smoking. But within a couple of months, further research on the effect of e-cigarette vapour on human cells concluded that vaping is just as harmful as smoking.

That research was shot down by Linda Bauld, professor of health policy at the University of Stirling, writing in the Guardian, who wrote: "Few things are risk free, and no one has claimed that e-cigarettes are.

"However, as an alternative to a uniquely deadly product that kills one in two of its regular users, who lose on average ten years of life, e-cigarettes are a far better alternative."

In spite of this ringing endorsement, e-cigarette marketing has felt like "something out of the 1980s," according to Leo Rayman, chief strategy officer at Grey London.

"Perhaps that's because people who market nicotine haven't been able to since the 1980s and haven't moved on," he says. "Or perhaps as investors and innovators they're new to advertising and opting for the basic aspirational tropes of sexiness and adventure."

That's earned some firms - like British company VIP Electronic Cigarette - a slap on the wrist from the ASA.

VIP became infamous for a set of raunchy TV ads that the Advertising Standards Authority ruled must air after 9pm following more than 1000 complaints. The ad showed a young, glamorous woman vaping, and was criticised for its close-up shots of her mouth. 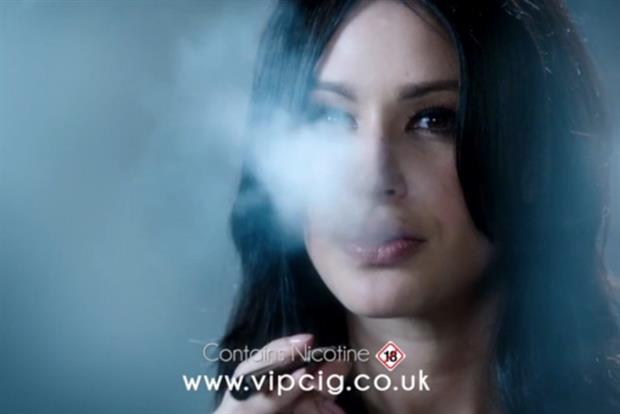 Then in November, after a change in rules by the Committee of Advertising Practice’s rules, the brand was able to run the first TV ad in 50 years featuring someone ‘smoking’ an e-cigarette on-screen.

"The truth is, the ads aren't making vaping socially acceptable or popular," says Rayman. "E-cigs are more like 90s white iPod earphones. You see people wearing them and you think you fancy a go yourself because they look progressive and on trend."

When celebrities are caught on camera toking on their e-cigarettes, when stars the calibre of Johnny Depp are pictured puffing away, the cachet of vaping clearly benefits.

Unsophisticated marketing hasn't dented business yet, according to the co-founder of VIP, Miguel Corral.

He claims VIP is "probably one of the top four or five players in the UK market". The company now has more than 200 dedicated retail outlets in the UK, Ireland and Spain, spanning physical retail and a highly active e-commerce channel.

While Corral says it's tough to collate accurate sales data on vaping, figures estimate that there are between 2.5m and 3m vapers in the UK, compared to around 10m to 12m tobacco smokers.

"Personally I’d say it’s about 3.5m to 4m and growing," Corral adds. "But there is no precise data out there."

British American Tobacco now owns Nicoventures, while Imperial Tobacco recently announced it was dropping 'tobacco' from its name to become Imperial Brands, a rebrand that sparked speculation about its plans to diversify away from combustible cigarettes and further into e-cigarette territory.

Its report was backed by anti-smoking charity Ash and the NHS said that it would start prescribing e-cigarettes this year to help smokers quit.

Corral says that the PHE report was highly welcome. "It [swayed] a lot of people, with news on the front page of the nationals telling people [vaping's] better for them than smoking," he says.

Unfortunately for independent firms like VIP, the NHS decided to award the contract for supplying e-cigarettes to big tobacco-owned Nicoventures.

For Corral, that's a predictable move and doesn't detract from the major boost NHS backing gives to the wider market. 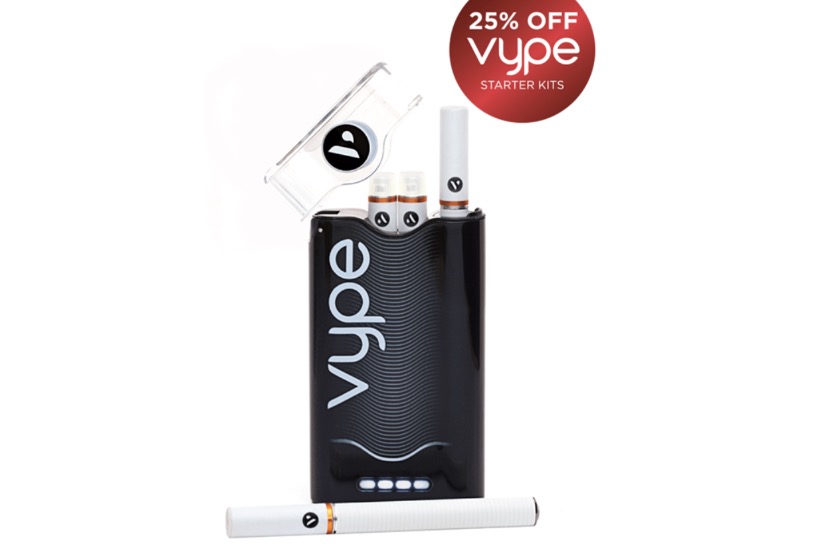 "Speaking as someone who has worked in the business for a long time, I probably could have guessed this," he says.

Currently electronic cigarettes are only covered by product regulation. But by 20 May this year, they will fall under a revised EU Tobacco Products Directive, meaning a possible ad ban.

For the likes of VIP, this must be frustrating.

"When we first ran ads three years ago, we couldn’t show the product or use the word ‘e-cigarette," Corral says. "Then 12 months ago, we were allowed to show people vaping, to show the ‘smoke’."

Now that freedom looks set to be curtailed again.

But Corral is hopeful that if more research shows vaping as a healthier alternative to smoking, then a ban could be reversed.

"Like a lot of business, we get told off for things we do wrong," he says. "But this is a serious business and we get emails from customers thanking us because they have not had a cigarette for 12 months. And it’s more accepted socially these days."

"A friend of mine recently said that vaping had created a 'new kind of asshole’," he says. "He meant that the vaping subculture were busy comparing their 'kits' on the street - how big's your battery, what size of cloud of vapour can you create."

Asshole or no, adds Rayman, word-of-mouth is a much better form marketing than the current "crass, guileless" attempts to make vaping aspirational.

How the EU clampdown will reshape e-cigarette marketing

Is the ASA killing native advertising?

Vape pen flies off shelves thanks to holistic campaign