Earlier this year, members of Agency Inside, Intel's internal creative agency, found themselves on a boat near the North Pole with nothing to eat.

Accompanying them was Ole Jørgen Liodden, a wildlife photographer and conservationist who was testing Intel drones as part of his research tracking polar bears suffering from the devastation of climate change. The expedition was meticulously planned to yield breathtaking imagery and useful data with a compact crew—they just didn’t pack quite enough food.

"With a day and a half to go before they docked, they ran out, and they subsisted on Ritz crackers and a reindeer leg with a bit of meat left on it," Graham told Campaign US. "And all the while they're launching drones, filming, doing research. They had to keep working."

In recognition of World Animal Day, Intel today released footage from the journey as part of their its "Tech for Wildlife Research" campaign. Liodden’s polar bear research is half the project; the other is SnotBot, which uses the same drones paired with Intel AI to analyze whale blowhole discharge. SnotBot is a collaboration with Parley for the Oceans, which partners with brands and influencers to raise awareness for oceanic conservation, and Oceans Alliance, which uses whale health research to extrapolate the condition of oceans worldwide.

"We believe technology will have a tremendously positive effect on issues like this, and we believe that data can accelerate a knowledge base that helps us address these issues in a quicker and more efficient way," Graham said.

Both projects began when Agency Inside made the connection between the drone team and the research partners. "The drone makers wanted to do a case study that would test the drone’s mettle in unexpected and unusual environments," he said. "[We] had been in discussion with Ole to see if Intel tech could be part of his efforts in a meaningful way, and the business unit was happy to have the opportunity."

Field conditions in the Arctic, where each component was filmed, have long hindered researchers’ ability to capture data in a timely and efficient way, making drones an appealing opportunity to both speed up and simplify the work. "When you’re looking for a white bear on white snow, aerial photography will often miss it," said Graham. So will a human eye, and if a researcher gets too close to a bear, that bear’s behavior will shift.

With whales, the problem isn’t so much seeing them as knowing who you’re looking at. "In the past, this research meant taking pictures of a whale and trying to ID a printed-out photo on a pinboard weeks later, sometimes cross-referenced against tourist photos," said Graham—hardly ideal for tracking fast-moving pods.

The Falcon 8+ offered distinct advantages to each of these problems. "The thermal imaging function is particularly powerful compared to other thermal imaging, and the bear doesn’t know the drone is there," Graham said. The fact that the bear and its habitat are the same color becomes irrelevant, because the bear still radiates more heat than the surrounding snow. SnotBot, meanwhile, offers instantaneous results thanks to machine learning AI that analyzes data in realtime and matches photos of individual whales to a database of IDs. 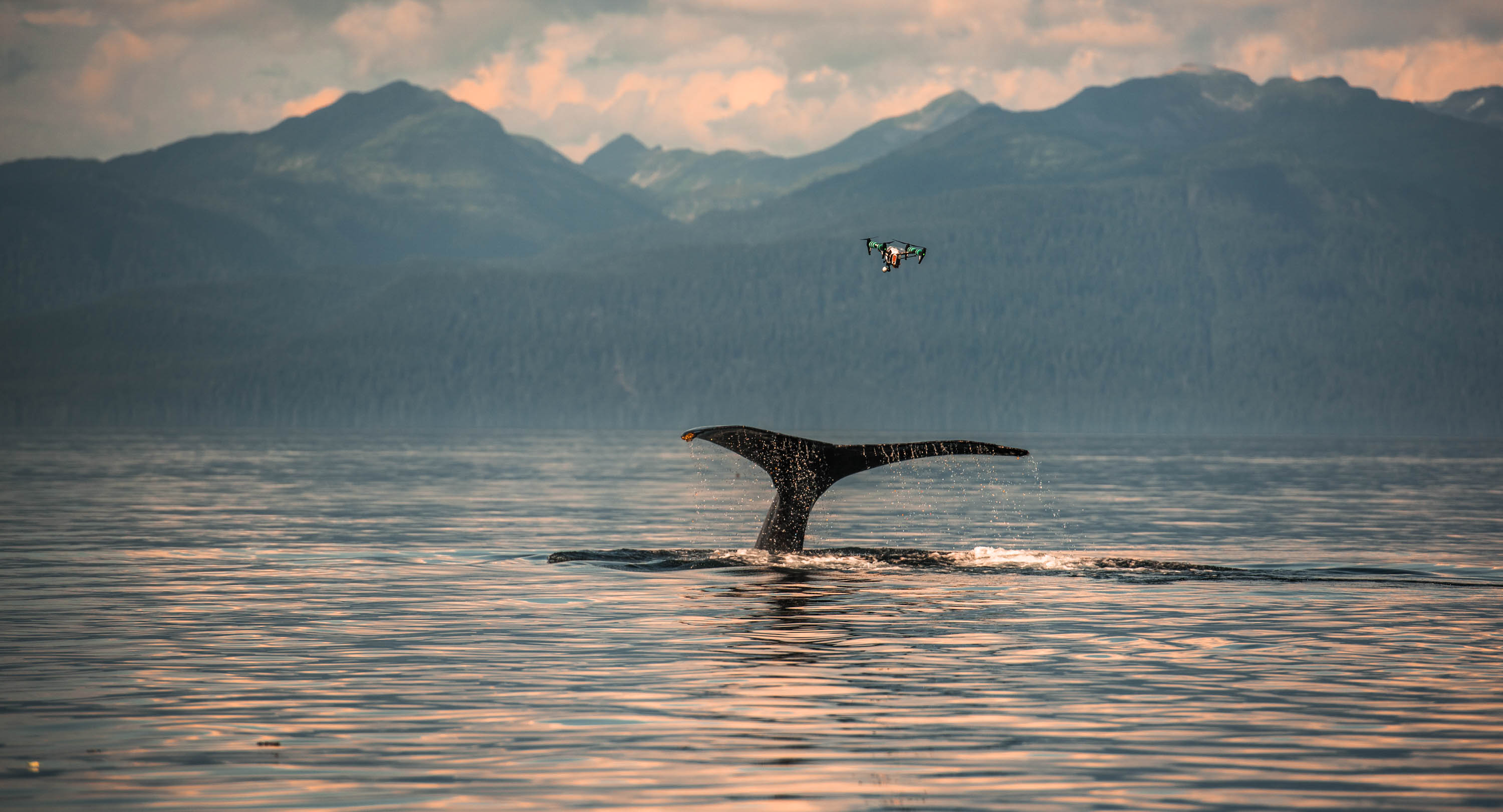 Centering a campaign around unusual applications of its products is a newer direction for Intel, which rarely drew back the curtain on its internal projects until a 2014 relaunch led by CMO Steve Fund and global creative director Teresa Herd. In 2015, Intel launched a "Meet the Makers" campaign to highlight consumers using Intel products in innovative ways.

In early 2016, Intel added "Social Impact," which has included a push to examine colony collapse disorder among bees. And in early 2017, Intel drones formed an American flag behind Lady Gaga during the Super Bowl LI halftime show. All this, said Graham, seeks to help consumers understand that Intel isn’t only about processors.

"We want to show people the unexpected places Intel was and unexpected things we did," he explained. "At the master messaging level, that shift was very much about how Intel makes amazing experiences possible and does all these things we’re now showing the world—beyond just being a chipmaker."

Intel will sponsor the Olympics through 2024