A new employee-run 'zine offers an outlet for overlooked issues

At first glance, it looks like a simple crossword puzzle, maybe a game put together by human resources to introduce new staff. "Newly hired Prairie View A&M alumni," reads the first clue. "Young father with a passion for style," begins the second. But other clues seem out of place.

Poignant references to African-Americans killed by police—names that have galvanized the Black Lives Matter movement—abound these days, but their presence in a corporate, agency setting is jarring. Yet here they are, on the back page of !Q, an old-school-style ‘zine created by members of Droga5's diversity and inclusion taskforce, D+iQ. The first issue of the quarterly publication, which debuted the day after the presidential election, is dedicated to race. 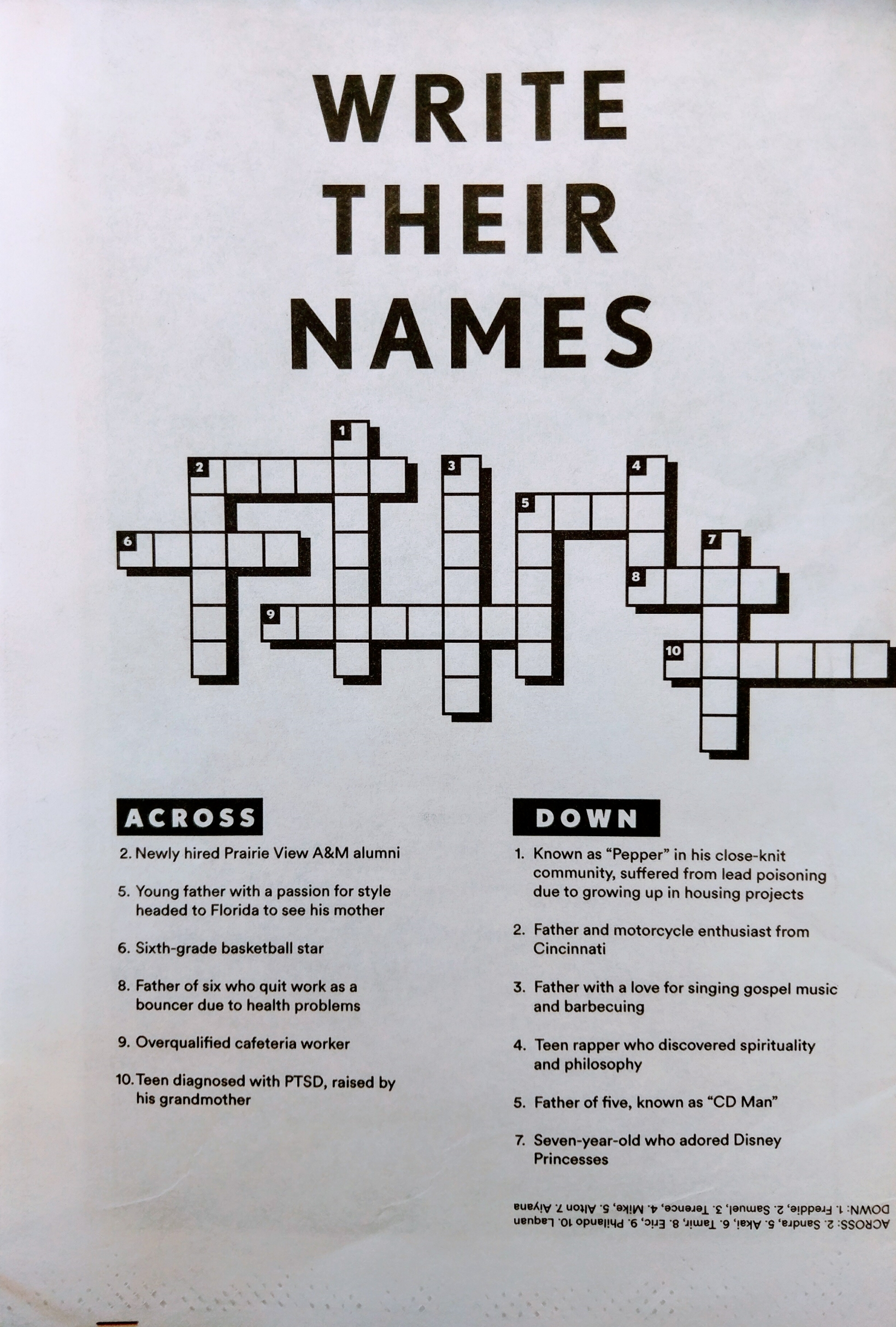 "At the time the first issue was being developed, we were still unraveling the cultural and social implications of the Alton Sterling and Philando Castile shootings, the role and message of #BlackLivesMatter, how media creates narratives that become perceived identities of minorities and, more broadly, the role of advertising in creating and including diverse identities and narratives," said Tulani Foy, a strategist at the agency who wrote the foreword for the debut issue.

If the vision is grand, the format is fitting. Pamphlets, tracts and ‘zines have long been effective at spreading underrepresented—or unwelcome—viewpoints. Like its predecessors, !Q’s folded newsprint leaves stains on the fingers and impressions in the mind. But while the medium worked well for Thomas Paine and "Punk," it’s decidedly anachronistic in the new millennium—deliberately so.

"We are so inundated with digital things—emails, social media posts, podcasts, newsletters—there becomes a lot of noise that doesn’t get absorbed as much as we’d like," said Midori McSwain, also a strategist at Droga5. "Creating a physical ‘zine in limited release allows employees to pause and look for it—an informational, visual and physical experience that’s tangible, which is rare nowadays." McSwain’s own contribution to this issue is an essay that answers the uncomfortable question, "Is My Mom Racist?"

While the content is created and sourced entirely by employees, !Q isn’t an underground publication. Agency founder David Droga wrote a company-wide email announcing the ‘zine’s launch, and the agency is fully supportive of the initiative. "As well as we do as a creative agency, we also acknowledge that we have work to do when it comes to diversity, and we have begun a journey that is both humbling and inspiring," said Tiffany Edwards, the agency’s senior programs and outreach manager. The ‘zine "gives Droga5 employees a safe space to express their points of view within the agency and to amplify them."

Foy’s hope is that by talking about issues that get less attention than they should, !Q will elicit "unlikely conversations" with co-workers. "As individuals, we often find ourselves furiously Googling to better understand these cultural and social happenings," she said. "But in reality, all we have to do is turn to the person next to us to find the answers we're so desperately looking for."

Close the gap: The state of the 'total market' industry

David Kolbusz: 2017 must see a return to genuine creativity

This black model reenacted fashion ads in a plea for diversity

Ahead of Black History Month, Genentech focuses next installment of #MSVisibility on barriers to care for Black patients