It's leading Marketing's poll of the public's favourite UK TV ad of all time. 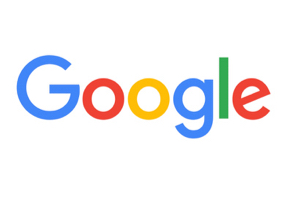 Google has unveiled a more colourful logo that changes depending on whether a consumer is using desktop, voice or mobile search, Marketing's Shona Ghosh reports.

Users now engage with Google using a constellation of devices, and our brand should express the same simplicity and delight they expect from our homepage, while fully embracing the opportunities offered by each new device and surface.

What do people make of the change? The Wall blog has hot takes on the new Google logo from Jacques De Cock, faculty member from The London School of Marketing, and Nick Bennett, strategic planning director at Rawnet.

Amobee Brand Intelligence has been tracking the conversation online, and found that the biggest trend associated with the logo was #smilingE, the observation that the e in the logo looks like a smiling face, a bit like the styling of the letter in Heineken's logo. Looks like Heineken aren't sore, though.

Burger wars: Peace in our time?

It appears that Brand Republic's 18:05 bulletin swam against the tide of opinion when it heralded McDonald's sniffy response to Burger King's offer of creating a cobranded McWhopper burger and stand for Peace Day. We're not too big to admit when people hold different views to us (we are small enough to refuse to admit we were wrong, though).

Anyway, the story rumbles on, as Burger King has penned a second open letter to call on US fast food rivals Giraffes, Wayback Burgers, Denny's and Krystal to create a World Peace Day burger.

Marketing's Sarah Spary writes: "The burger chain said it had received 'unexpected' responses from other brands and had already began developing a pop up shop for sale of the burger, which it proposes should be created using a 'signature' ingredient from each restaurant."

It seems that the public will get the Dr. Frankenstein's monster burger it desperately craves after all.

Vote now: Your favourite TV ad of all time

With the 60th anniversary of the first TV ad shown in the UK falling on 22 September, Marketing (and, we'll wager, Campaign too) is celebrating the best of TV advertising for the entire month, kicking off with a vote on the best TV ad of all time!

The 25 strong shortlist is below, and "Compare the Market" is currently leading the pack. An enjoyable spot, sure, but the best of all time! If you disagree, get voting. If your memory needs a jolt (or you just want to binge watch great TV ads), watch all 25 adverts in Marketing's roundup.

The ASA has ruled that two Vodafone ads must not appear again in their current form, Campaign's Michelle Perrett reports.

The ads claimed the Vodafone network was "Unbeatable at connecting calls ...", and was substantiated by data collected in November 2013 and April 2014 by an independent third party across 26 towns and cities in the UK, which compared Vodafone’s performance against the three competitors.

Hutchison 3G UK, which owns the rival Three brand, challenged whether the Vodafone claims were misleading and could be substantiated.

While the ASA recognized that Vodafone had based its claims on data, the ASA's statement said: "Given that large geographical areas of the UK were omitted from the sample, we considered it was insufficiently widespread to be considered a true representation of UK consumers’ experience of call connection and dropped calls."

Read more about the ruling and see the original ad.

Video: Be On's top global brand videos of the month

The video content and distribution company Be On has filed their favourite brand videos for August, ranked using an internal scorecard. Number three is a new one on us, a campaign by Organic Valley which aims to help consumers convince the bro in their life to switch to an organic protein drink without having to face the rhetorical question, "Do you even lift bro? Do you even lift?"

Watch all of Be On's top global brand videos.

They think it's all over. It definitely is now

How not to make peace in the 'burger wars'