The ad, created in partnership with the Ad Council, performed better than most PSAs, according to Ace Metrix.

Messages of philanthropy can be particularly effective this time of year. With the spirit of giving running high, ads that remind us of those in need are likely to touch a nerve. We have seen message-driven holiday ads from the likes of Duracell, Kohl's and Subaru. While these ads have been high performing, there are not true public service announcements like the recently launched, digital-first campaign from Goodwill Industries.

Created in partnership with the Ad Council, the Goodwill campaign reminds us of the amazingly positive ripple effect of our donated goods. Though not a holiday-themed campaign, the timing certainly helps. This is the time of year we not only want to do good, we also might want to purge our closets, garages and attics.

The ad "Put Your Stuff Back to Work" uses a unique and highly visual approach to communicate the direct link between donations of clothing and household items to job creation in local communities. The spot exceeded the PSA category norm by 5 percent in Ace Metrix testing, while also demonstrating effectiveness in other areas.

This 30-second ad, created pro bono by the agency VML, has well-distributed strength among measures. As seen in this Ad Personality graphic, the ad shows Breakthrough qualities, as well as strong Relevance and Change. The Change score indicates innovation, or a company moving in a new direction. In this case, it can be interpreted to mean the idea of donations creating jobs is a new concept to viewers, so the ad succeeds in delivering that valuable message. 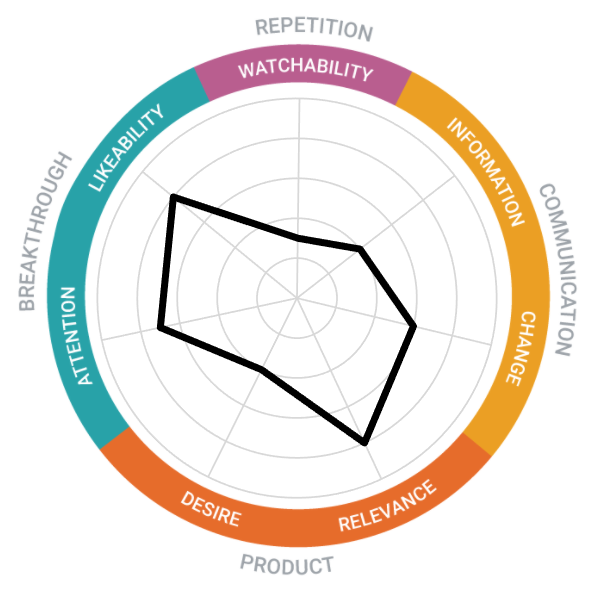 This effort impressed viewers of all demos, scoring highest with 36- to 49-year-olds, and those with household incomes over $75,000. Commented one such viewer, M36-49 HHI $75,000+, "The music and visuals in the ad kept me interested out of curiosity. The ad gets its point across very well. Reminds me that I can do some good with items that I would normally throw away."

Creatively speaking, the visuals in this ad are quite unique. With 31 percent of viewers naming the visual scenes the single best thing about the ad, the images of miniature figurines performing skilled jobs on donated objects made an impact. The message was the second best thing, according to 21 percent of viewers. The campaign's tagline, "Donate Stuff. Create Jobs," clearly resonated. Some comments that touch on both components:

The ad also sees a viewer-reported 54 percent increase in intent to donate based on the ad. In the emotional word cloud below, based on how words used by these viewers align with specific feelings, we see further proof of the ad's varied use of successful techniques. Admiration (green), heart (pink), and eye-catching (blue) are all strongly aligned with viewer reaction. 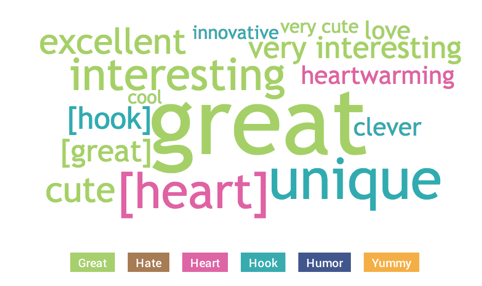 Here are some comments from those more likely to donate now:

This clever execution should go a long way to raise awareness and donations this holiday season. The Ad Council, Goodwill Industries International and VML should be proud of this effort. Their commitment to spreading this message and helping those in need find employment comes through with unwavering clarity, and the spot is sure to grab viewer attention.