As Super Bowl Sunday approaches, Campaign asked four industry figures for their take on how the most American of sports can grow its popularity in a part of the world obsessed with a different kind of football. 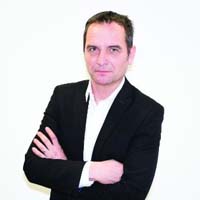 The NFL must offer fans a compelling point of difference

The Super Bowl is not really about sport: it’s one of the world’s great cultural moments, closer to the Olympics than the Premier League.

And the buzz is only sometimes about the game itself: often the conversation is more focused on the quality of the half-time entertainment and the cost of a 30 second ad spot.

The NFL is different. It’s proper sport, wrapped in a thrilling package of glamour and hardcore Americana. Since it first appeared on Channel 4 in 1982, there have been several attempts at building a meaningful European presence.

The NFL’s London ambitions are a proxy for the broader issue of the globalisation of elite sport and its relationship to the brand marketing sector, which will be expected to foot part of the bill.

The hard question is whether we care. This sounds flippant, but the truth is, there’s a fundamental difference between paying to watch the Super Bowl, or the one-off games in London, and following a team.

A London franchise won’t last long relying on the type of people who just go to big events. They need fans, who turn up week in week out in all weathers, who buy season tickets and replica kits at Christmas. These are the people with whom any potential franchise sponsors will want to engage. But its a crowded market out there, and not just for fans.

Brands are bombarded with options and there are many sport sponsorship properties available at every price point, and from some very established rights holders. Against this backdrop the NFL must offer a compelling point of difference, from the experience of the fans to the value they offer commercial partners. 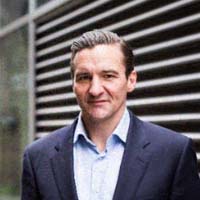 The NFL is an example of best practice

The success of the NFL has to be put into context. In a highly competitive market for hearts and minds we learnt long ago that touring a foreign market every 3-4 years doesn’t work.

If the objective is to continue to support its international expansion, then from that perspective it’s a tremendous success. The NFL is a best practice case study when looking to grow into a new market.

When growing a sport, participation is key and while  the NFL has barriers to entry it also has longevity, consistency and frequent presence. How many other foreign sports can boast a growing, loyal and committed fan base, terrestrial TV coverage, shutting down Regent Street every year, four competitive events on foreign soil selling out international stadia many times over, and – in the Jacksonville Jaguars – a franchise committed to market?

The NFL’s UK events create a fantastic platform for the ongoing longevity and international marketing of the sport across the season, supporting its international broadcast, digital, sponsorship and marketing strategy. Oh, and those highly passionate fans, who the NFL always puts first. Other sports: take note. 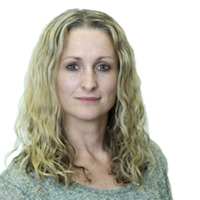 In sport, timing is everything, which is a pain for American football as it doesn't naturally fit European sport watching habits. The game’s long, protracted format with TV time-outs and ad/snack breaks is a world apart from football and its 15 minute half time that most Brits use to put the kettle on.

On top of that the Superbowl is aired in the middle of the night, so while US viewers party all day, Europeans have to visit special bars or fight to stay awake at home. However there is interest; the NFL regularly sells out Wembley and attracts big sponsors for games, highlighting the untapped commercial opportunity particularly in the UK.

When sports have transcended cultures and borders before, they've done so through individuals with personal brands that are so strong and so inspiring that they carry the sport with them. David Beckham did it for soccer in the US, Michael Jordan did for basketball worldwide.

Unique individuals like Beckham and Jordan don’t come along every day. The best option for the NFL to crack Europe could be to replicate this marketing power by harnessing the personalities and often larger-than-life characters that exist in the league.

Fans identify with players and their stories, rooting for them and in doing so engaging emotionally with the NFL brand. Ultimately, it’s these emotional connections that will keep fans watching games.

The NFL doesn’t need to look outside itself, it already has inspiring individuals ready to star, such as London born Jay Ajayi. If he can lift the Vince Lombardi Trophy, UK hearts and minds could well follow. 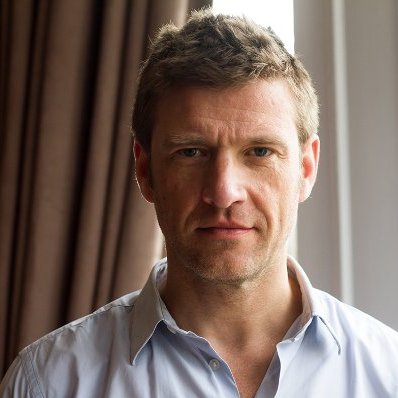 The real opportnity lies beyond Europe

European audiences may finally be warming to the NFL, but its greatest fortunes could actually lay further afield. Emerging audiences across Africa, the Middle East and Asia present a pool of millions of globally-minded, aspirational audiences who are open to foreign brands that can understand their needs.

As a powerful legacy brand, the NFL could be an attractive prospect to these audiences, but it seems their home side is letting them down.

The US has long provided the NFL with a halo effect of Americana: a mix of progressive vision, married with wholesome values embraced by audiences of all kinds through the years.

But this once unassailable brand is tainted daily by farcical Presidential decrees and brutal discrimination of American citizens at home.

If this continues, the NFL risks being associated with a backward-looking nation, leaving huge opportunities (such as China’s planned $813bn sporting economy) to be seized by soccer and e-sports.

Imagine if the NFL took a stand, becoming the face of the "American Dream" globally. They could host a tour versus African rugby teams, a "Rumble in the jungle" series. Grassroots programmes in those markets could identify potential NFL talent to diversify playing stock and give local audiences a reason to care about the league.

These people may then become global brand ambassadors for the NFL in much the same way that David Beckham or John Amaechi have been for soccer and basketball. But first, the NFL must wrestle back Americana from those who wish to misappropriate it.

Why Tide's cheeky Super Bowl gambit looks to have paid off