Love it or loathe it, the film reflects a revolution in gender ideals in marketing.

We are in the midst of nothing less than a complete reconstruction of gender ideals. That man you may have seen in many an ad who does not know his way around a kitchen or how to perform basic parental tasks will increasingly become a relic of the past.

The past decades have seen the evolution of the advertising man from the rugged detachment of the Marlboro Man to the Monocle-toting metrosexual. Now, Gillette has served up "#MeToo man" and Piers Morgan and Twittersphere are – unsurprisingly – apoplectic, reflecting the polarisation that characterises the platform.

Writing in the Daily Mail, Morgan explained: "I’m so sick of this war on masculinity and I’m not alone – with their pathetic, man-hating ad Gillette have just cut their own throat." On the flip side, Arianna Huffington, chief executive of Thrive Global, took to Twitter to praise the campaign for "thoughtfully and critically examining what ‘The best a man can get', the brand’s iconic tagline, means today".

Yet, while marketing commentators have been typically absolute about whether the campaign will drive or diminish sales among men (and the often-overlooked high percentage of women who also buy razors), the truth is that Gillette is breaking new ground, with the Advertising Standards Authority guidelines of gender stereotyping underlining a new playing field for depictions of gender in advertising.

While feminism has long been a key marketing tool for Gillette’s parent company, Procter & Gamble, whose 2014 Super Bowl ad "#LikeAGirl" for Always defined the genre, when it comes to "empowering" men many brands simply don't know where to start. Few have followed in the footsteps of Unilever-owned Lynx , which has successfully embraced individualism when it comes to connecting with men. Instead many brands still rely on outdated masculine tropes.

But in the hangover period since the toppling of Harvey Weinstein, brands are waking up to a new reality. As Fernando Desouches, managing director at New Macho and former global brand director at Lynx, wrote in Campaign: "Gillette seems to have understood that the concept of masculinity is in crisis."

Yet this shift is not without challenges. Gary Barker, president and chief executive of gender justice organisation Promundo recently told trend consultancy Stylus that while there is "support for more equitable ideas about manhood" among urban young men, "in other parts of the world – and sometimes in the same parts – we see a lot of confused young and adult men pushing back to an older, tough-guy, always-in-charge, even misogynist view of manhood".

So whether you love or hate the Gillette film, the bigger question for the industry is: does it represent a turning point in marketing masculinity? We asked a selection of industry experts to share their views. 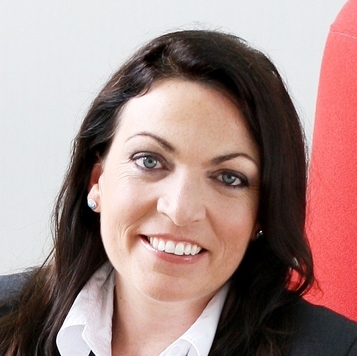 Gillette is one of the biggest male brands in the world, with significant reach and a big marketing voice. This campaign is a brave turning point to use Gillette's brand voice to engage men and women in an important conversation. It is a powerful campaign with purpose at its heart. The purpose is to help build an equal and inclusive society.

This conversation is polarising and clearly making some people uncomfortable, but it has started a conversation.

P&G challenged gender stereotyping, with the powerful Always '#LikeAGirl' campaign making a huge positive impact on women and men across the globe.

The Gillette campaign is putting the spotlight on this. If the next generation is to live in a better world where there is true equality of opportunity, we need change so men and women can all be the best they can be. 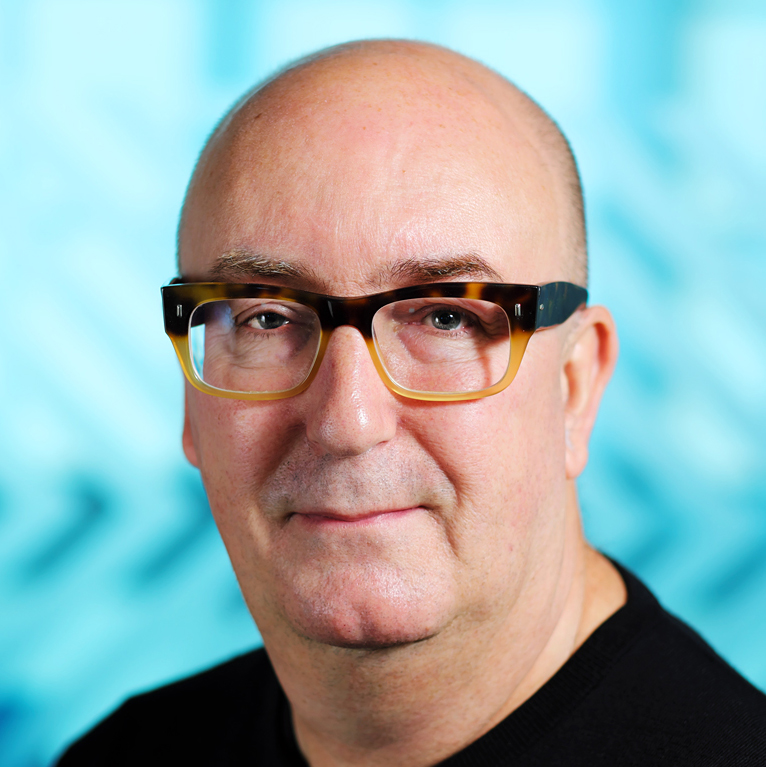 First, I am surprised it’s taken so long for a men’s brand to jump on this. So this is a start! Unfortunately, a little heavy-handed in places. The purpose of advertising is often to successfully communicate very complex propositions as simply as possible. In this case, I think they've gotten lost in the many faces of the issue and have lost focus on the big picture – the underlining thought. But, in the end, I suppose good on Gillette. They’re not shying away from a tricky subject and they’re continuing to give "The best a man can get" new meaning and purpose. 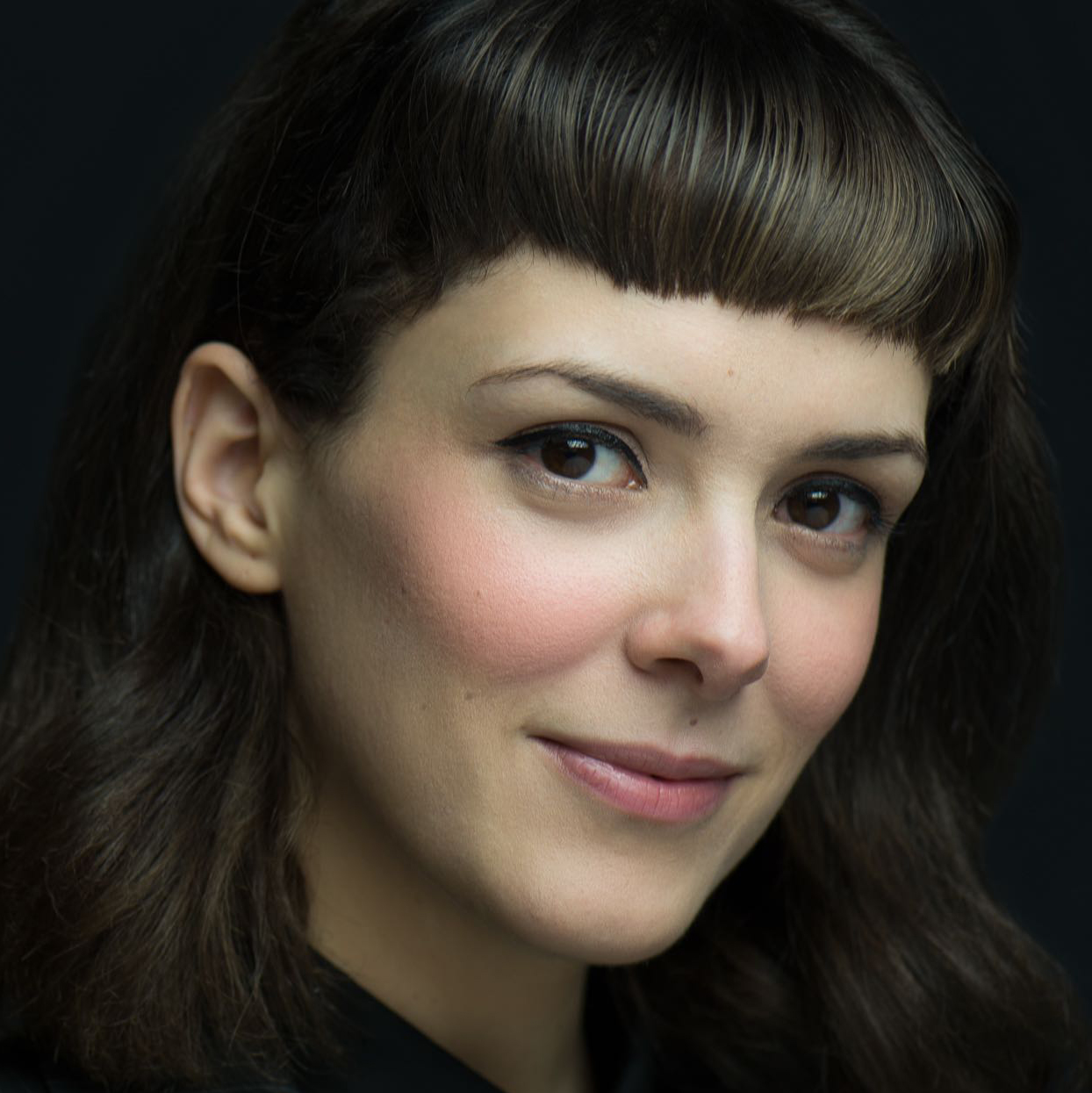 It represents a new way of bringing men into the conversation about gender norms, masculinity and #MeToo. It offers a view of male self-determination that respects the calls for justice and inclusion coming from women around the world and recognises that gender norms exist in tandem. By turning the focus inward on how men can think of themselves and influence their peer group, it breaks the code of male silence by dramatising how men can personally contribute to the process of undoing harmful gender norms and behaviours. Of course, this sense of progress also depends on how Gillette demonstrates its commitment to this positioning in its CSR and internal organisational behaviour. Nevertheless, as a first step, it definitely signals a turning point in marketing to men and a turning point in how brands take risks in order to influence culture for the better. 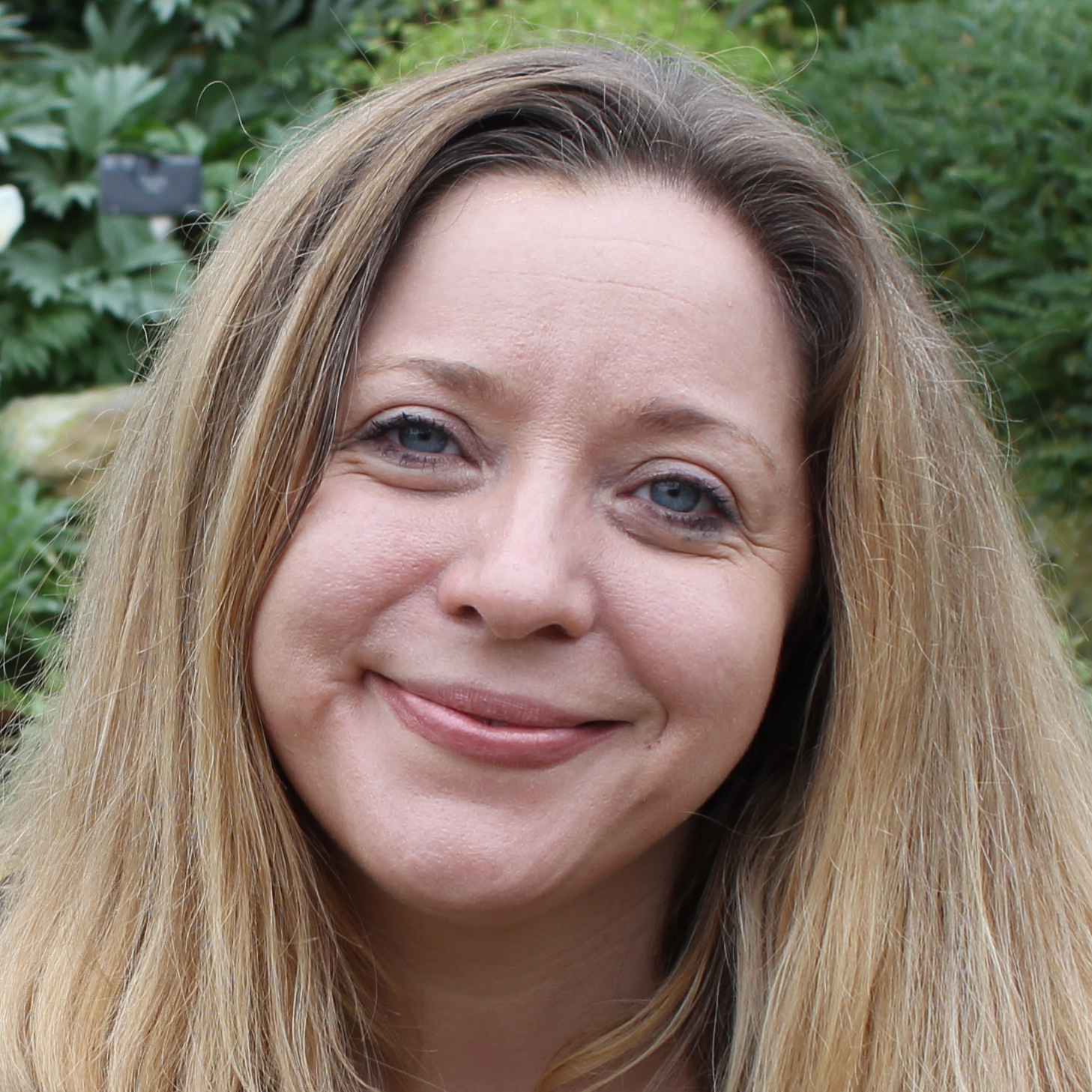 Yes. I hope it represents a turning point for marketing in general, encouraging people to bin unhelpful, hackneyed audience stereotypes. You know, those manly men driving cars, busy mums running around a kitchen, responsibility-resistant millennials that "crave experiences" (yawn), batty old women giving their husbands a hard time, the hopeless dad… It’s funny that, even with all this data flying around, the industry is still so out of touch. Whatever your opinion (and it seems we all have one), at least Gillette was brave enough to say something new and they’ve raised the bar. I’m looking forward to less clichés in 2019 and more accurate portrayals of modern society. 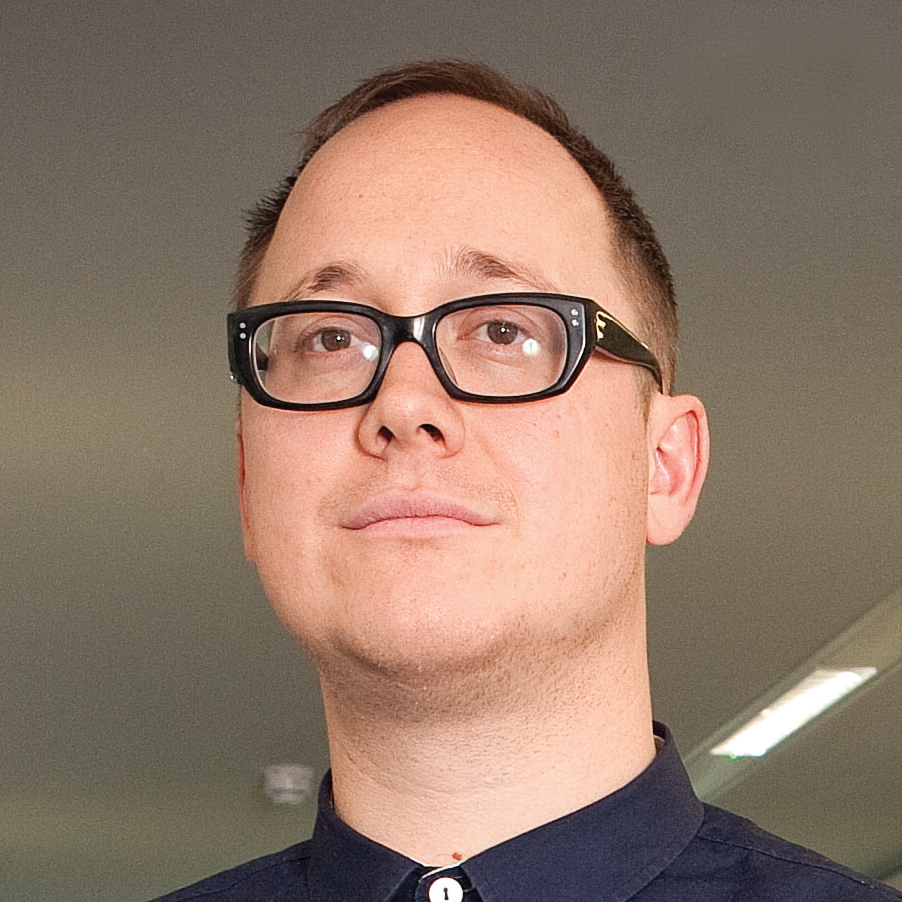 Gillette wasn’t the turning point, #MeToo was. Which is a not-that-clever way to say: "Meh, kinda." Marketing reflects culture, albeit it cleaned up in post and "fixed in the grade". There’s no going back. But not from an ad; from the shittiness of shits like Harvey and the countless other shits that followed. My peeps tend not to present toxically masculine work, but I can’t think of a creative review when I haven’t viewed the work through that lens. No bad thing, but I’ll need more than 100 words to debate whether Gillette’s move is a wholly good or bad one. 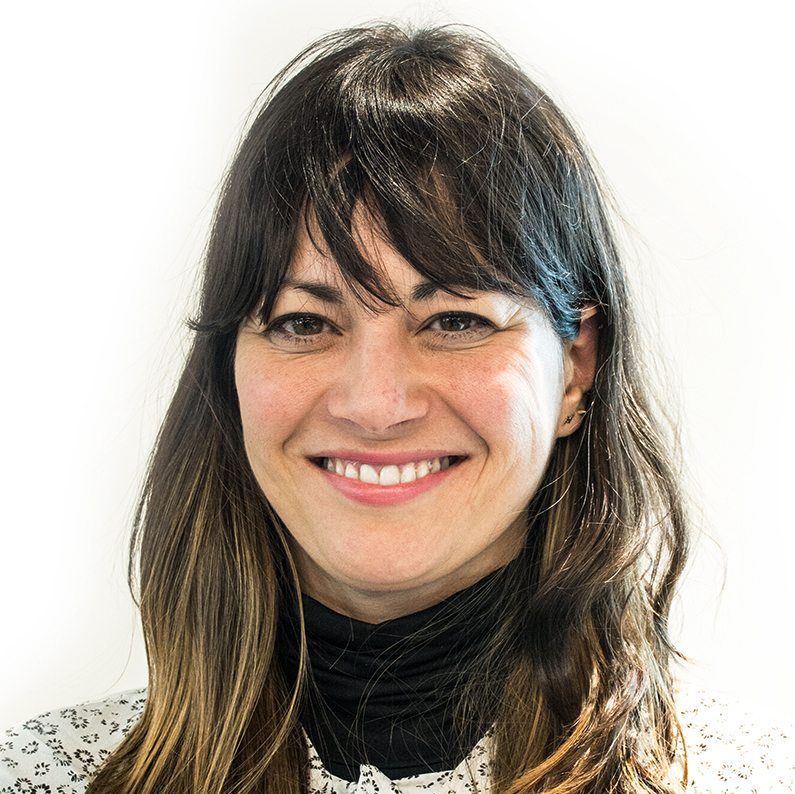 Change has been happening, but all too slowly. We’ve seen brands more subtly challenge male stereotypes, such as featuring stay-at-home dads, and the slow disappearance of brands championing outright misogyny. Gillette kick-started a turning point by taking a strong position and calling out toxic masculinity outright. It takes a brave, forward-thinking brand (and agency) to be the first and the backlash was inevitable. Just as Dove paved the way for a thousand body-positive campaigns, Gillette will start a trend for challenging male stereotypes. At minimum, I’m hoping it will wake brand and creative teams alike up to their unconscious biases. This is how marketing can make a positive impact in culture.