The agency partnered with Stolen Youth to create a bot that identifies categories of “sugaring” messages that lead to sexual exploitation.

The tool uses AI to identify categories of “sugaring” language that is typically used in child sexual exploitation, including phrases such as “sugar daddy,” “sugar baby” and “sugar mama,” and sends out pre-written messages aimed to educate and prevent trafficking.

In recent years, sugaring has become pervasive on college campuses and at high schools as connecting with a broad base of children on social media becomes easier, said Alan Brown, co-founder and CEO of DNA.

Brown sits on the board of Stolen Youth, which focuses on preventing child sex trafficking.

While on its face, sugaring seems like a harmless way for youth to get easy money, it often results in requests for sexual favors. Perpetrators typically are older, wealthy white men, and victims are disproportionately girls and children of color.

The idea emerged when DNA was doing a social listening exercise for a financial services client, which revealed thousands of posts using sugaring language that referenced the client and other banks.

“We saw an opportunity to use technology to try to intercept this issue by both denormalizing the language and trying to shut down instigators and exploiters online,” Brown said.

The posts are then filtered and automatically receive a reply, based on approximately 40 pre-engineered messages per category.

For instance, a potential exploiter that posts “If you are seeking a sugar daddy to spoil you… DM me now,” might get a response that reads: “Did you know that patronizing a person for sexual conduct is a crime in the state of Washington? Know the possible legal repercussions of the crime you are about to commit. Learn more at stolenyouth.org/sugarfree.” 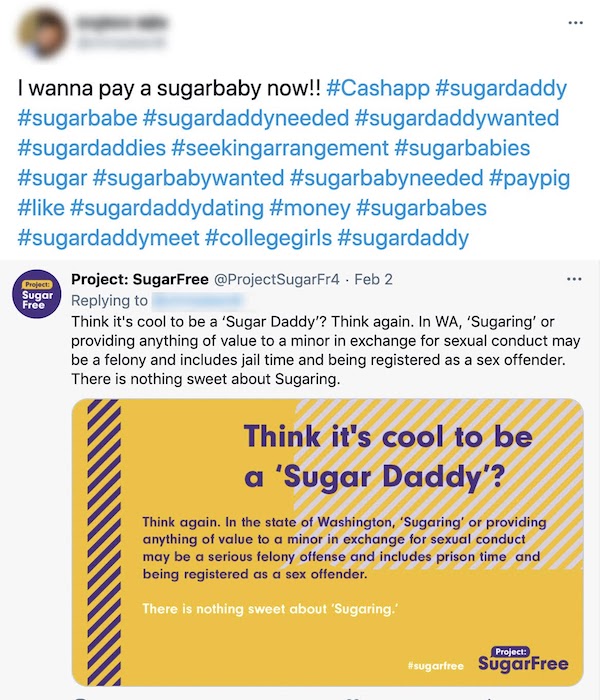 Users identified as exploiters are reported to Twitter, along with any related posts.

“To work on an incredibly powerful tool using the same creativity and mechanisms that we use in advertising all the time is such a privilege,” Scherzer said.

The pro-bono campaign will expand to other parts of the country throughout the year. 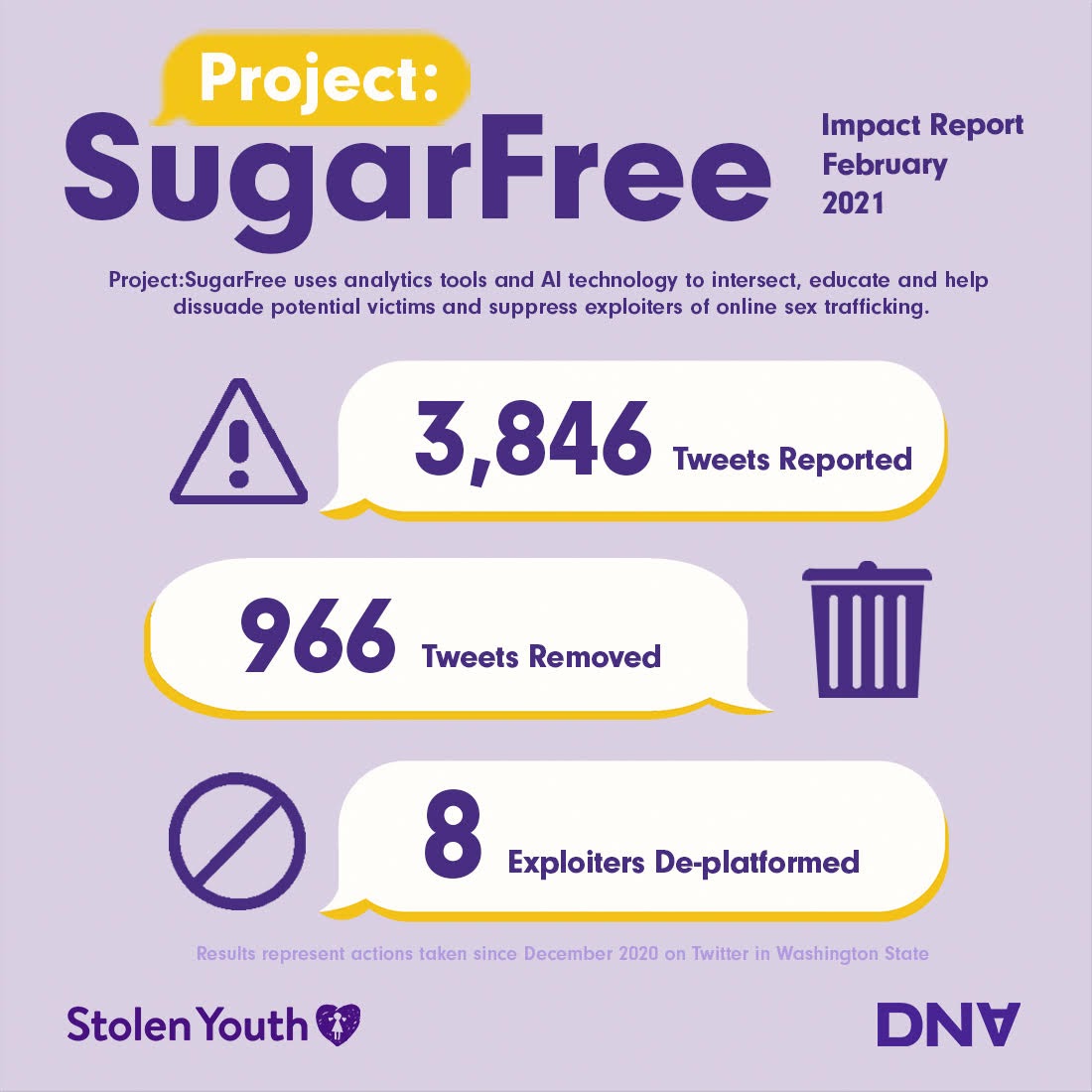