What is it like to have a disability and work in the advertising and marketing industries? Four individuals share their experiences with Campaign. 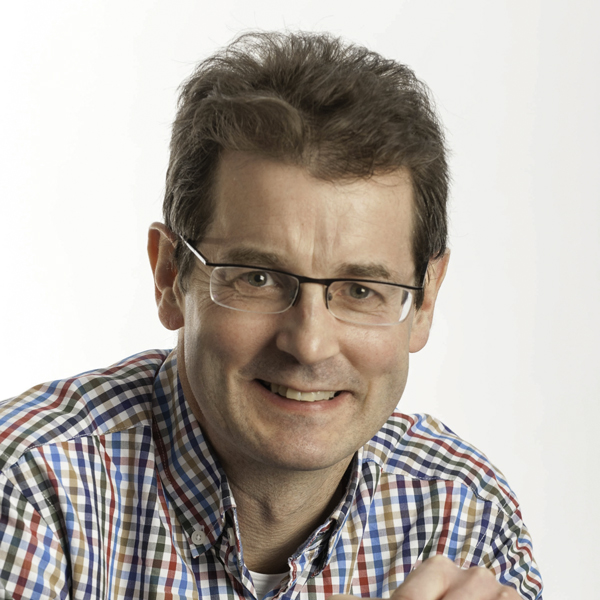 Mark Webb is a social media pioneer, who launched and manages Dixons Carphone’s corporate social media strategy. His role has propelled the brand forward and has given him a platform on which to raise awareness of multiple sclerosis.

After being diagnosed with MS in 2008, Webb switched to a four-day week to help facilitate his treatment. He works mostly from his home in Dunstable Downs, Bedfordshire, where from his window he can hear the roar of the lions in nearby Whipsnade Zoo.

Webb has used his social media profile to raise both awareness of and funds for MS. "MS doesn’t kill you," he says. "I want people to understand that you can work and you can live with it."

He was head of media relations at Carphone Dixons predecessor Dixons Retail but the job entailed a great deal of travel and time in stores across the country. His new role was tailored to him. "Management came to me and said: ‘We want to keep you and we want to keep you healthy,’" he explains."I am proud to have a company that has looked after me. It is a human company and it has had my back professionally and personally," he adds. Webb, who featured in the Management Today and Timewise Power Part Time 50 2015, is by no means defined by his MS and is currently writing a book about his life in PR. He has quickly become a key figurehead for the new breed of men in business, who are forging ahead with professionally interesting careers on a flexible, often part-time basis.

He explains: "It is the quality of your work that is more important than the time you put in. Any company that recognises this is an intelligent company moving with the times." 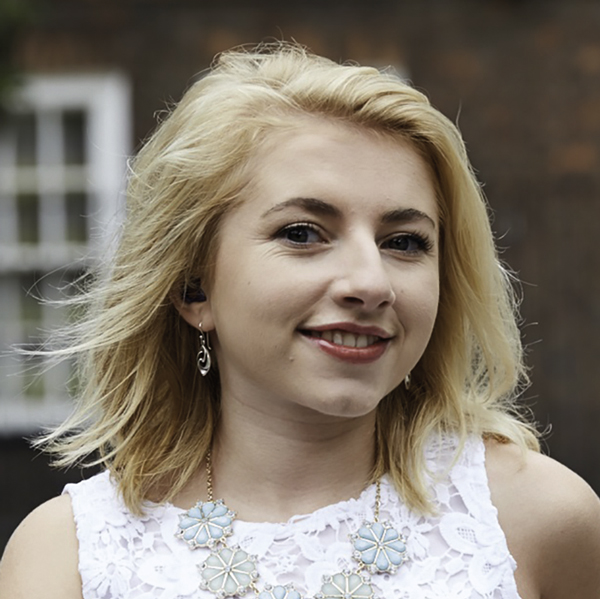 The highlight of Abbi Brown’s career so far has been working on a Maltesers campaign that won Channel 4’s Superhumans Wanted competition for advertising featuring people with disabilities.

"I actually applied to AMV BBDO after seeing BBDO New York’s ‘Wheelchair basketball’ ad for Guinness. So having the opportunity to work on a whole series of ads in which disabled people are portrayed as neither inspiring nor objects of pity but are shown simply going about their everyday lives was a dream come true," she says.

Brown joined AMV BBDO on the graduate scheme last year. She has osteogenesis imperfecta, a genetic disease that causes regular bone fractures (often from little or no trauma), muscle weakness, short stature, hearing loss and curvature of the spine. She uses a wheelchair and wears hearing aids.

But Brown hasn’t required many equipment adaptations to do her job – the office is already wheelchair accessible and she rarely feels that she works differently to anyone else. "The only thing I’ve struggled with so far has been the hours," she says. "Fatigue is a side-effect of my condition so I do struggle to stay upright all day – although that’s not an advertising-specific problem."

Brown adds: "Going on shoots can be a bit of an adventure access-wise, especially when you’re navigating around hundreds of cables and closely packed equipment but, other than that, I’ve found the business to be very accommodating."

She believes the industry can do a much better job of showing disability in its advertising – most of the time it is rarely seen. "One in five people in the UK lives with disability and most of us have jobs, families and lives just like anyone else," Brown says. "Just as most non-disabled people are not Olympians, most disabled people aren’t Paralympians either. The more diverse our agencies and our casting, the more interesting and relevant our advertising can be." 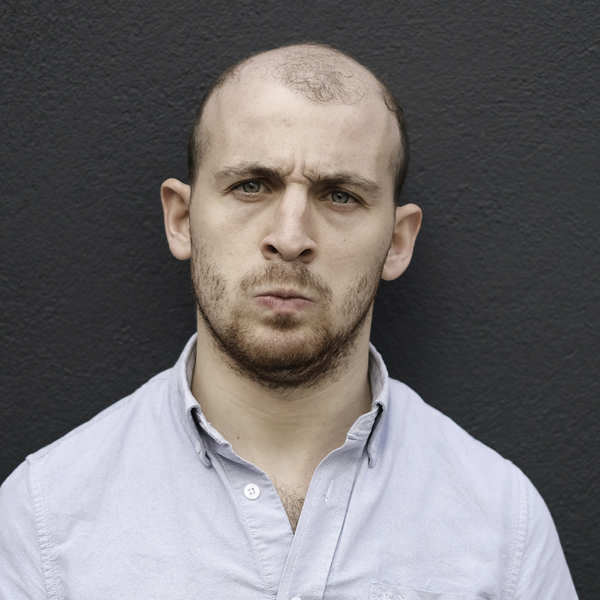 Mike Alhadeff has been a planner at Grey London for three years. He secured his job after offering to give the agency’s HR team a presentation on accessibility. The presentation went well and he was offered an internship, which turned into a full-time job.

Alhadeff has athetoid cerebral palsy, which affects his movement and speech. But he argues: "It’s tough as a graduate to get a job whether or not you are disabled. Advertising is a pretty difficult industry to get into but I just thought I might as well go for it rather than worry."

"If you have any fears or worries, it’s best to bring them up earlier rather than later"

Alhadeff says he hasn’t come across any obvious barriers to his work. He asked for basic adaptations, such as a different keyboard and speech software to help him type faster. Sometimes a phone call is not the best method of communication: "My voice is not the clearest and I guess having a disembodied voice is a bit more tricky to understand than a face-to-face conversation. But I am working through it and it is OK." Working in teams, where the members know each other’s strengths and weaknesses and adjust accordingly, suits him well.

Alhadeff advises both sides to be open and willing to have difficult conversations. "If you have any fears or worries, it’s best to bring them up earlier rather than later. Most disabled people won’t be offended because they are used to it. Get it out in the open," he says.

Alhadeff was the planner on the "End the awkward" ads, created for disability charity Scope in 2014, and believes the industry could learn from their message. "People don’t always have the behavioural tools to know what to do" when dealing with disability issues, he says. For example, he warns people not to be overly friendly to disabled people just because they are disabled – you might just not like them as a person: "We don’t want to be bowed down to."

While he believes the Paralympics is a great event – "I’m the biggest-ever sports fan" – he wants disability to be a regular part of the conversation: "Disability happens 52 weeks of the year. Brands and marketers have to find other opportunities to raise awareness and the profile of disabilities." 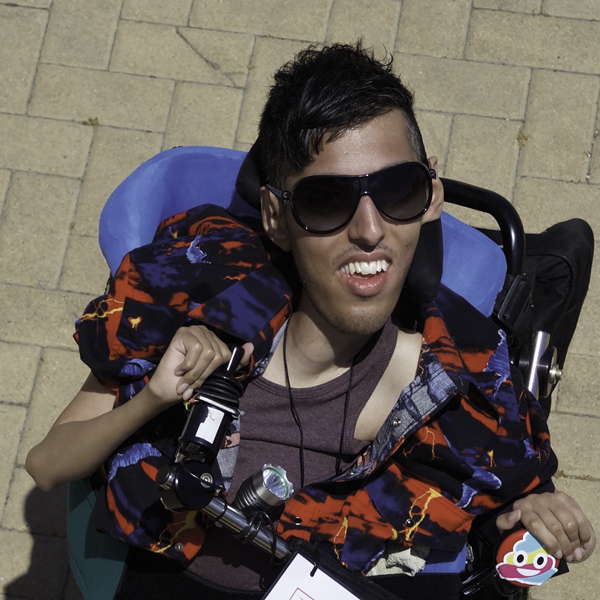 Freelance creative and participant in the Great British Diversity Experiment

Sulaiman Khan knew from an early age that he wanted to be an advertising creative. "Advertising is the most amazing industry in the world. You get paid to come up with ideas – you can’t get a better job than that," he says.

In 2012, he graduated with a degree in advertising and brand communication from the University for the Creative Arts in Farnham and he regularly attends D&AD events to participate in the creative industries. Khan writes a blog and his team came third in the Great British Diversity Experiment.

However, despite his efforts, it took Khan three years after graduating to land a job – as a researcher at Breakthrough Media – and he has yet to secure his dream role in a creative department.

"I don’t want to sit at home watching Jeremy Kyle. I want to work hard and pay taxes. I want to be collaborating with people"

Khan has the rare muscle-wasting condition muscular dystrophy. On a practical level, this means he faces physical challenges, such as getting into many agency buildings. Khan cannot sit for long periods at a desk. "It’s not physically possible for me to sit in my wheelchair in an office for 14 hours a day because I get fatigued," he explains. "I need to work in a different way. It doesn’t mean I’m not as productive or creative because I have to work from home or take a few extra breaks, it just means I don’t end up in hospital."

But there are ways around this. For example, he could meet colleagues at local coffee shops if he can’t get into the office. And he adds: "You can use all kinds of technology to make you part of the agency culture."

Khan argues that sitting in an office is not the best way to come up with creative ideas anyway: "I always really challenge myself and push my boundaries. I often experience things I won’t necessarily enjoy. For example, I sometimes go to watch ballet, not because I enjoy it but because it’s a good experience. I might see a colour that relates to an idea."

Another issue is the art director/copywriter creative pairing in agencies: "At university, I struggled with it because no-one wanted to collaborate with me. I have so many ideas but physically I need to work with someone to help me get them out into the world."

Khan says he used to be nervous about saying hello to people at events. But then he realised: "The worst thing anyone can do is tell you to fuck off. Once you are OK with that happening, you get it out of your head and you can go and meet anyone."

He is determined to make it as a creative: "I don’t want to sit at home watching Jeremy Kyle. I want to work hard and pay taxes. I want to be collaborating with people."

Khan adds: "The creative industry really inspires me. Disability is quite irrelevant in that sense. You just have to come up with a great idea."

A formula for better ads?

Rise of the fuck off fund

'The rebel in me got me where I am': Soho Square India's Anuraag Khandelwal

We must celebrate difference