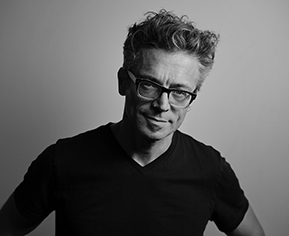 Toygar Bazarkaya serves as the Chief Creative Officer for We Are Unlimited, McDonald’s bespoke agency. Currently, the agency is set to turn out between 5,000 and 6,000 pieces of content per year. Prior to Unlimited, Bazarkaya was Chief Creative Officer of the Americas and Chairman of the Global Creative Council for Havas Worldwide. During his tenure at Havas, Bazarkaya oversaw work for brands such as IBM, Liberty Mutual, Dos Equis, Sony, TD Ameritrade and Reckitt Benckiser. Before that, he spent six years at BBDO New York, working on global accounts, including Visa, Gillette, Campbell, HP, Mars and Major League Baseball. He also previously served as Chief Creative Officer of BBDO Germany.

Since joining We Are Unlimited, the agency made a splash with McDonald’s response to Rick and Morty’s inclusion of the company’s Szechuan dipping sauce in the show’s season premiere—without spending a single dollar on media. A picture of the sauce sent to Rick and Morty’s creator got 17,000 retweets on Twitter, and a Periscope video promoting the sauce giveaway captured 200,000 views. The Twitter teaser and livestream became the first and second most retweeted organic content in McDonald’s history, resulting in a combined 4.8 million impressions. As the head creative at We Are Unlimited, Toygar is leading the team that is re-engineering the way agencies work, as well as how clients are served.

Toygar has won a total of 25 Cannes Lion awards for 14 clients in nine categories, and his work has been shortlisted 36 times. The recognition was for multiple brands including Gillette, Sony, Smart Car and Braun. He has also been the recipient of a personal thank you note from Barack Obama.

In addition, Toygar is the father of twin girls and an avid photographer.

We Are Unlimited hires production chief amidst growth push