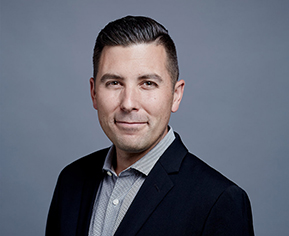 Graduating with a computer science degree from Oregon State University, Paul Wille began his career as a developer for startup agency ISITE Design as one of its original employees, which enabled him to shape the company’s initial strategic direction. This was just after the millennium, and Wille was part of the first generation to use the digital medium to drive business and connect with consumers.

After four years spent helping the agency grow to 55 people, Wille joined Opus Creative to help build out strategy through web analytics and data science. His skill in interpreting and drawing insights from existing data inventory and ability to optimize digital touchpoints proved essential to the company’s evolution.

Following five years at Opus Creative, Wille began consulting on deep data analysis in digital marketing and advertising, serving as an adjunct staff member for several brands. This is how he met Liz Valentine and Alicia McVey, co-founders of the then-fledgling digital creative agency Swift. Wille’s UX, data and technology expertise complemented the strategic and creative talents of Valentine and McVey, and they merged, forming the foundation of today’s executive leadership team (two more partners joined soon after).

Over the course of the next decade, Wille helped lead client efforts for Starbucks, Google, Nestlé, adidas and YouTube, just to name a few, and has held positions ranging from VP of Strategy, CTO, CPO and currently President and COO. He has helped integrate data sciences into everything Swift does, as the agency is driven by both qualitative and quantitative research to inform their strategy and creative.

Recently, Wille has led Swift’s data science and technology efforts for projects including adidas’ Project Harden, which used the native functionality of Instagram in new ways to tease James Harden’s first signature shoe, and Google’s Made With Code, an ongoing initiative that encourages teen girls to pursue computer science. He also helped lead efforts for Google’s Olympic News Lab, which used search trends to create real-time content based on the subjects people were looking up during the 2016 summer games in Rio, and last year a pro bono rebranded website launch of PERIOD.