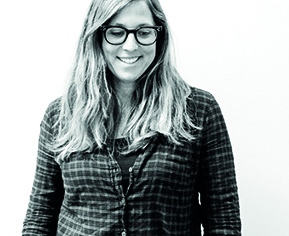 Pam Scheideler has been a technology evangelist ever since she was an 11-year old programmer writing code on a Commodore 64.

Her job now is a little higher-tech: Partner, Chief Digital Officer of Deutsch’s Los Angeles office, where she leads the agency’s digital team of 140 strong. She’s been a driving force in growing Deutsch’s digital business, building the agency’s robust digital strategy practice. Prior to being promoted to Partner, Chief Digital Officer in 2016, Pam was the Executive Director of Digital at Deutsch.

At Deutsch, she spearheads all enterprise level platform work and diversified the agency’s digital business financially, creatively, culturally and operationally. She has expanded Deutsch’s digital business, with recent wins including 7-Eleven, Mott’s and Canada Dry to the agency’s roster. For Volkswagen, Scheideler has been a long term partner in evolving their VW.com platform. For Taco Bell, she has helped establish the brand as a digital innovator, particularly on non-traditional platforms like Slack, where Taco Bell became the first food brand to launch direct ordering.

With an undergraduate degree in social work, Scheideler has always seen the internet as a tool for the democratization of information and opportunity. She worked previously at the U.S. Department of Commerce, on early programs to distribute broadband internet access to rural areas. She got her start in advertising at Crispin Porter and Bogusky, where she rose through the ranks to become VP, Executive Integrated Producer. Later, she was the head of production and operations at Google Creative Lab, where she learned how to communicate the benefits of technology to consumers. While at Google Creative Lab, she led both video and interactive production for advertising campaigns and product innovations.

In 2015, she was given The Innovator Award by The Internationalist, and her work has been recognized with multiple Titanium and Grand Prix Lions at Cannes.