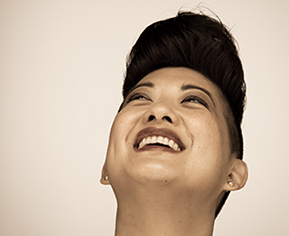 A true technology veteran, Jennifer Chiang began her digital career in Silicon Valley when she joined Wine.com, one of the first e-commerce sites, in 1999. She started out doing everything from fulfilling corporate orders to managing the site’s customer database, but most importantly, learning how the innovative company created its website. The experience launched Chiang into a career full of digital firsts across a variety of industries.

In her current role at FCB Chicago as an SVP Group Director of Strategic Planning, Chiang has continued to leverage her background in innovation and digital savviness. A vocal consumer advocate, Chiang oversees FCB’s customer experience groups that leverage psychology and behavioral science insights to create seamless, customer-centric user experiences that drive loyalty for clients such as Clorox, Humana, Jack Daniel’s and Cox Communications. She also helped create an internal technology task force for the agency.

Most recently, Chiang crafted the content strategy for one of the biggest B2B pitches in the last decade: the bid, overseen by FCB, for Amazon’s second headquarter location. Chiang culled an enormous amount of content representing Chicago’s strengths, identifying their overlap with Amazon’s stated requirements. The submission helped to persuade Amazon to name the Windy City as one of its top 20 finalists, from 238 original bids.

Outside the office, Chiang is a mentor at She Runs It, an organization that helps pave the way for women to lead in the marketing and media field. She’s also volunteered as an account director and project manager the Taproot Foundation, a nonprofit that brings together social change organizations and pro-bono consultants. A longtime lover of animals, Chiang has two dogs named Violet and Scarlett and is a foster home for Alive Rescue, a no-kill rescue nonprofit organization that saves and places stray, abandoned and abused animals.