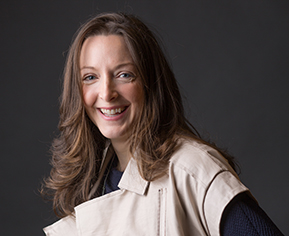 Courtney McKlveen is Head of U.S. Field Sales at Oath where she leads an advertising sales team focused on serving many of the company’s top advertisers across various verticals. A seasoned media professional, McKlveen has over 15 years of leadership experience in digital media strategy and partnerships. McKlveen joined Yahoo in 2009, where she successfully lead the regional and national advertising sales teams with a focus on building strategic partnerships. Prior to this, she held sales leadership positions at Microsoft and Buzzlogic. McKlveen has also spent time as an investment banking analyst at Merrill Lynch.

As the newly appointed Head of U.S. Field Sales at Oath, McKlveen has helped build a powerful sales team, bringing together talent from AOL and Yahoo, to serve some of the biggest brands in the United States. She was appointed to this position after successfully leading the retail, travel and QSR teams at Yahoo, as the Vice President and Industry Lead. Following the Verizon acquisition of Yahoo, McKlveen was charged with aligning the sales organization in the US of both Yahoo and AOL, to meet the new goals formed under the unified brand, Oath. In this new era, Oath is entering a highly competitive space with plans for continued growth, and McKlveen is focused on leading and managing the sales team that drives the strategy that keeps Oath top-of-mind for advertisers. She has also been instrumental in developing the new go-to-market sales strategy for Oath.

In addition to this work, McKlveen has been heavily involved with the team spearheading innovation at Oath, including the launch of new mobile ad experiences, with brands like The Home Depot, Pottery Barn and Intuit, and the global roll out of RYOT Studio—working with brands like Jack Daniels and Sleep Number among others—as Oath’s creative studio for brands and agencies. McKlveen also continues to lead teams that secure top tier partnerships across verticals, and has developed campaigns for major brands like Toyota, Pizza Hut and Prudential.