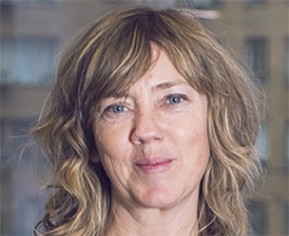 Catherine Patterson serves as Director of Innovation for Y&R North America, where she leads teams in identifying, architecting and developing branded content platforms and experiences focused on the crossroads of culture and technology. Her early years include stints at start-ups and R/GA, where she worked on the NIKEiD business. She then moved to Big Spaceship, where she led strategic partnerships with Sony Pictures, Google and others developing immersive storytelling and branded entertainment. From there, Patterson joined the Phoenix Mars Lander team, designing an integrated branded content strategy which resulted in a season with the Mars Lander. She also worked on the documentary, "My Martian Summer," authored by her creative partner Andrew Kessler, which documented life as a civilian among the scientists. This work resulted in redefining the way we see and interact with science missions to this day, and was regarded as a precursor to current space exploration and citizen scientist craze.

Patterson went on to establish McCann's digital interactive group, pioneering 360 camera technology paired with Google Maps on a 45-day trek through the National Parks. This work raised millions of dollars for the National Parks and redefined the way consumers interacted with parks via digital and immersive means, again, an early pioneering work in this tech. During her tenure at McCann, Patterson established best practices, trained creative, tech and production units in strategic and integrated production, and delivered multi-million-dollar programs for clients in the consumer packaged goods, tech, not-for-profit and social cause spaces.

Her other accomplishments include overseeing the creation of a first-of-its-kind augmented reality app, The Whole Story, which allows users to place virtual statues of notable women alongside statues of men, calling attention to a huge gender imbalance, as well as spearheading a partnership with the 92nd Street Y to liberate creativity from the desk—bringing together 14 award-winning writers and creatives to explore the changing workplace for Xerox’s "Set the Page Free" project.