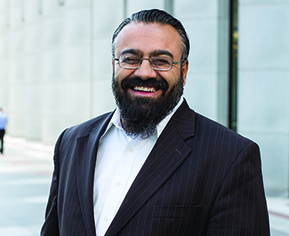 His career highlights include Skittles "Exclusive the Rainbow" Super Bowl activation this year, which generated a total integrated reach of 1.35 billion impressions as of February. To date, it has more than 3.1 million organic YouTube views across the Announce video, the Build teasers, and the Reveal outro video.

Ahmed also oversaw McDonald’s "Lovin’ the Super Bowl" campaign, in which McDonald’s embraced brands advertising on game day and gave away a prize tied to every ad. This resulted in increasing positive sentiment for the brand by 96 percent and made McDonald’s the most retweeted brand ever on a single day.

For Capital One March Madness (Steaks on a Plane, Snack Hoodie, etc.), Ahmed’s team built and hosted games in display units, on the web and onsite via kiosks at the NCAA Final Four tournament and Jamfest concerts.

Ahmed is advisor for a handful of startups as well as Chicago-based inner-city non-profit IMAN—Inner City Muslim Action Network. This is a community organization that fosters health, wellness and healing in the inner-city by organizing for social change, cultivating the arts, and operating a holistic health center. He is a husband and father of three.