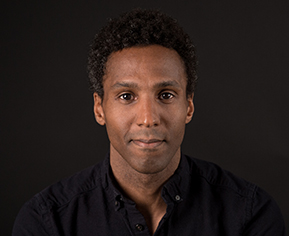 Arthur Fullerton began his career in digital as a developer at Canadian agencies Critical Mass and Blast Radius. After a few short years, he moved to a Director of Technology at Fuse Marketing Group in Toronto. He was later hired as the Director of Technology to Zig Ideas, a subdivision of Crispin Porter + Bogusky Canada, and stayed on in the same role as it shifted fully under CP+B.

After 12 years in Canada, Fullerton landed in New York in 2012, where he was brought on as VP of Technology and Production at Attention within the MDC Partners network. While at Attention, a few key team members were selected to start a new sister agency that would be the first digital agency of record within MDC, called Rumble Fox. Fullerton, as a Partner and the SVP Technology, brought the agency to life from its very first beginnings, creating the agency nearly from scratch. He then moved to Lowe Profero as Head of Technology, Americas before coming on board at Big Spaceship as Chief Technical Officer.

In his current role at the agency, Fullerton is a core member of the leadership team. Central to his work as technology lead has been to codify Big Spaceship’s Intelligence Engine, the agency’s central offering (and a platform) that captures massive volumes of social data and parses it into usable insights and ideas that are applied to everything from campaign content to developing actual products.

Fullerton manages a team working on tech opportunities for all the agency’s clients, from initial ideation all the way to execution. During his time at Big Spaceship, Fullerton has been responsible for building that team and elevating high-level strategy on each project. That’s the sort of management that is awarding the agency seats at the table of more digital pitches.