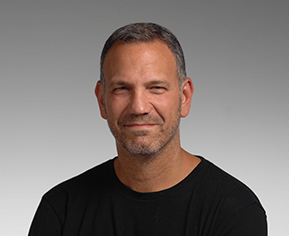 Now, as the newly-minted CEO of BBH NY, he is guiding the storied agency’s U.S. resurgence. Most recently, he’s diversified with new digital assignments from its PlayStation, Marriott, Brighthouse Financial, Google, Grubhub, Seamless, Reuters and CARE.org clients, resulting in a 30 percent increase in digital output from 2016 to 2017.

Romano’s roots in digital date to 1995, and since then, he’s built a career that gives him many vantage points: agency executive leader, client-side marketer, eCRM consultant and tech and media platform strategic advisor. Prior to joining BBH, he spent three years at R/GA, where he oversaw one of the largest integrated teams in New York and the agency’s largest revenue portfolio. Charged by Bob Greenberg to create the "account team for The Connected Age," Romano led Samsung and Verizon and helped win new work for TD Bank, Pepsi, Mercedes-Benz, Braun and Loews Hotels.

Romano served as founding chairman for 4A’s Account Management Committee and as an honorary board member at Mobile Marketing Association. And this isn’t the first over-40 recognition for the mobile expert–he’s also an avid player in several over-40 men’s basketball leagues throughout New Jersey and New York.

Here's why Brighthouse Financial won't try to be funny in ads