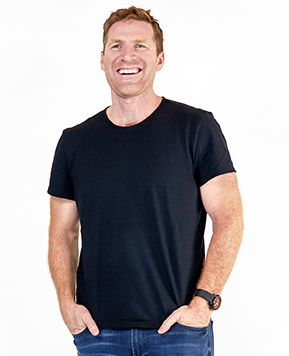 If there’s one common theme in Winston Binch’s career, it’s the translation of real-life analog objects into the digital realm. A list of Binch’s greatest hits includes NIKEiD, Domino’s Pizza Tracker and Whopper Sacrifice—campaigns in which digital provided new ways to interface with the product.

The 2003 NIKEiD project, for example, was one of the first instances in which consumers could use the web to customize a product. In this case, consumers got the chance to design their own Nike shoes and apparel.

Binch took a similar tack in 2008 for Domino’s Pizza. The brand’s Pizza Tracker let consumers follow the path of their pizza’s development, from order placed to prep, bake, box and delivery. Whopper Sacrifice, in 2009, rewarded users who unfriended 10 Facebook friends with a free Burger King Whopper.

If this looks like the work of a performance artist, you’re not far off. Binch began his career as a guitarist in an (unsigned) Brooklyn-based indie band called Stereobate. Binch stayed in music at first, becoming the director of production for Sony Classical in 2000. Three years later, he left to become a senior producer at R/GA, where he worked on Nike. Binch was also partner/managing director of interactive at Crispin Porter + Bogusky from 2006-2011. Ad Age named Crispin its "agency of the decade" in 2009.

At Deutsch, Binch conceived the Taco Bot for Taco Bell, which was the first Slack bot that let users order without leaving the platform. He has also launched a dating site of sorts for consumers looking for their "perfect VW" by pairing car preferences to available new or used vehicles in their area.

Aside from music, Binch is interested in winter sports. He sits on the board of Protect Our Winters, a non-profit dedicated to mobilizing the snow sports community to fight climate change.