There's only one Captain Morgan - except on 2 May 2016, when the Diageo rum brand shared the spotlight with Leicester City's Wes Morgan after the club's historic Premier League win. The work won the Marketing in the Moment category at Campaign's Marketing New Thinking Awards, held in association with Sky Media.

In the summer of 2016, Leicester City Football Club was creating history with its unlikely run to the Premier League title, captained by its very own Wes Morgan. With less than a month before the climax of the season, RPM and Captain Morgan’s owner, Diageo, spotted a unique opportunity to put Captain Morgan at the heart of football culture.

They had to move quickly to make the most of the potential for Leicester to top the league, and devised a creative in a couple of weeks so they could shift rapidly into execution if the club did seal the historic win.

As a result, within 60 seconds of Leicester being crowned champions, RPM was able to launch a complete social-media takeover celebrating Leicester and its captain – acknowledging that on that day, there was #onlyonecaptainmorgan.

This received such a positive response that it quickly developed into a five-stage campaign, culminating in a limited-edition run of 11,000 Captain Wes Morgan bottles that were delivered to the shops around Leicester. They sold out in 24 hours.

The whole campaign hinged on Leicester City winning the Premier League. As there were so many different factors in play, RPM developed multiple creative executions within a couple of days to cover all the possible eventualities.

All were signed off before the weekend when the pivotal games were taking place, so that as soon as Leicester became champions, the agency could deliver the appropriate creative for whichever result had played out. 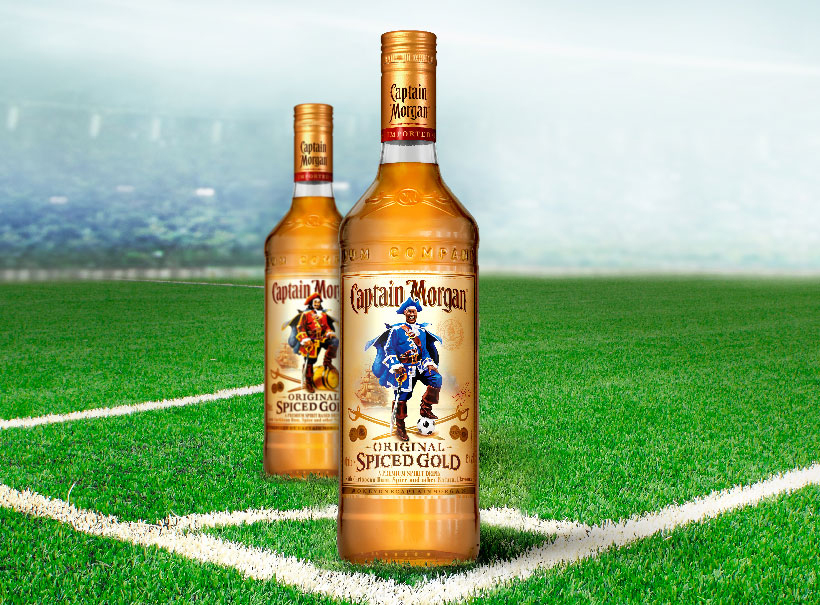 Captain Morgan enjoys high awareness and conversion in the on-trade, but is often not bought by shoppers in the off-trade. The objective of the campaign was to make the brand feel more relevant to the target audience of 18- to 34-year-old male and female shoppers, by embedding it in culture to increase awareness, and thus drive purchase.

The campaign drew a parallel between the convention-challenging spirit of the Leicester team, the discovery-mind-set of the target audience, and the inherently adventurous spirit of the Captain Morgan brand.

The messaging was close – but just noticeably different from – the standard brand messaging. The tweaks involved – using Wes Morgan’s face on the bottle, adding a football and Leicester’s colours – were original enough to be clearly and recognisably Diageo’s Captain Morgan, but incongruous enough to obviously be Leicester’s Captain Wes Morgan. 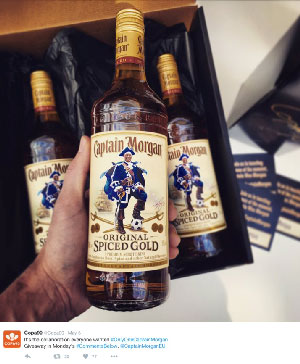 Within 60 seconds of Leicester becoming champions, Captain Morgan tweeted Captain (Wes) Morgan to congratulate him and the team on their incredible achievement. Stating that on that day there was #onlyonecaptainmorgan, and providing a mock-up of a Captain ‘Wes’ Morgan bottle, the conversation became a viral sensation. This celebration was further amplified by a full rebrand of Captain Morgan social media.

Limited-edition bottles were sent to key influencers in the sporting and celebrity worlds to further amplify the conversation while driving desire for the bottle.

A competition to win one of 50 limited-edition bottles was launched across social media, reigniting the conversation.

Eleven thousand limited-edition bottles were sent to stores in Leicester, enabling local fans to own a piece of Captain Morgan history.

The work achieved its objective. It generated 62 pieces of coverage, 575,000 engagements across social media and a total estimated actual viewed reach of more than 50 million, while also delivering an uplift of more than 250% in participating stores across the four-week period compared to the previous year.

"Only one Captain Morgan" became Diageo’s most successful social-media campaign in Europe – making the most of a unique opportunity in the moment and putting Captain Morgan at the heart of football culture across the world.

How staying independent helped RPM adapt across the decades