Staying relevant in a market being shaped by the craft beer boom has meant being equally open to experimentation in production and marketing, the partners behind the digital strategy for Guinness have said.

A willingness to pursue new ideas went all the way back to the days of brewery founder Arthur Guinness in the 18th century, Halie Ritterman, global digital and data lead at Diageo said at Advertising Week Europe.

"At a time when people were only drinking ale, in 1799 Arthur Guinness started brewing only porter," Ritterman said. "He moved away from what was happening in mainstream beer culture."

The same attitude could also be seen 156 years later, she said, when the brand advertised in the first ever ad break on ITV with a spot that turned out of its existing posters into a film.

Though Guinness has produced some acclaimed advertising over the years, Ritterman said that the brand had become more famous and popular than the drink, noting that "You see more people in America wearing a Guinness T-shirt than actually drink the beer."

This posed an increasing problem as craft beer grew in popularity, she explained, and consumers took more of an interest in aspects like the flavour and ingredients of beer – which required a change of approach.

The Open Gate project had allowed the company’s brewers to "put brewing ahead of branding for the first time," Ritterman said. Creating a culture of openness meant Diageo could pick up ideas and inspiration from other craft brewers, while sharing, for example, the technical expertise it had from being a major producer.

The culture of experimentation opened the brewers to trying recipes with ingredients like lavender, she added – but the approach also meant being willing to accept that some things would fail.

"We’re not scared to talk about things we’ve tried and haven’t worked for us," she said, pointing to Shamrock Ale, a strange concoction brewed for St Patrick’s Day last year, made with shamrocks and potato flour.

Our brewer Patrick has created Patrick's Shamrock Ale, available this week only! Potato flour and shamrocks in the brew...
Drinkaware.ie pic.twitter.com/60kttkGoVi

Pleased to meat you

When it came to applying the same thinking to the marketing, "the first thing we did was go back to the data", Nicola Davies, strategy director at R/GA London, said.

From assessing social mentions of Guinness, the agency found that "people were using it as a pairing, in cooking – we’re named in recipe books, we’re loved by foodies around the world."

This led to an understanding that the brand was already a big part of food culture, and it would make sense to play into this. One result of this was a collaboration with food festival Meatopia, in which six beers from Guinness were paired with six grilled meat dishes, while the brewery also created a special smoked lager for the partnership.

Multisensory experience and the perfect pour

One business problem faced by the brand was "liquid perception", Davies said: people less familiar with the drink often thought it might be very heavy or bitter.

To find ways to remedy this, R/GA created "A sip for the senses", a VR experience that offered an experience for all five senses while the user was tasting a range of Guinness beers. 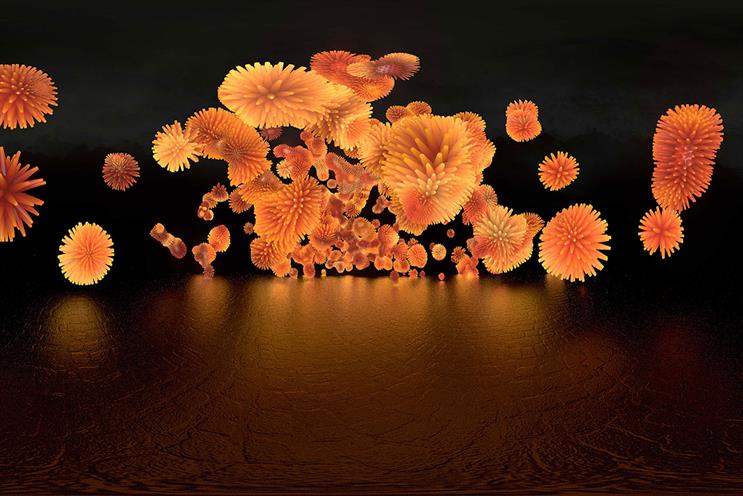 One more challenge for Guinness is ensuring the quality of the pints served in pubs – while the company employs ambassadors to monitor and train bar staff on how to pour Guinness properly, there is obviously a limit on the potential to do this with humans.

This led R/GA to create an app aimed at people in the on-trade, which uses visual recognition technology to assess how well each pint is poured and provide feedback.

"The more people that use the app, the more accurate it becomes," Davis said. "It essentially means we have a quality ambassador in everyone’s pocket."

The latest 'mediapalooza' is helping mend the client-agency relationship

The women winning tomorrow in 2018

The advertising that shaped my career: the rebirth of Guinness

Guinness seems to have taken a leaf out of Vice's book