In true advertising fashion, the firm surveyed employees and used promotional materials to ease staffers back.

Deutsch is reopening its doors on Tuesday for employees who want to work from its office on New York City’s 34th Street.

The agency is planning to welcome back 16 of its approximately 250 employees with a return protocol that requires staffers to pre-book a workspace to guarantee social distancing.

And, of course there’s a campaign. Deutsch NY’s Together…Just a Little Spaced Out initiative includes a video and interior signage, along with data gathering and analysis.

The video, Tony’s Day at Deutsch, stars operations employee Tony Salako, with a cameo by colleague Johnny Cintron. Produced by colleague Dennis Warlick, VP of strategic technologies, the creative is a first-day-of-school primer for employees, showing Salako neatly dressed and dutifully following directions, such as wearing a mask and sanitizing his hands as he heads to his desk. It was shown to employees on Monday at a weekly staff Zoom call. 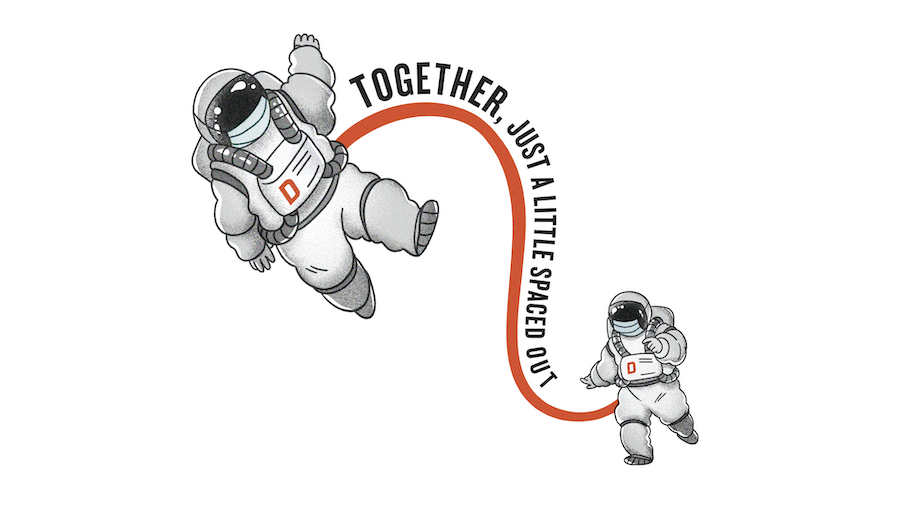 Salako’s walk through the gleaming office, which is outfitted with distancing signage designed by Eva Cassetta, was reassuring to staffers who’ve been home since March.

Tony's Day at Deutsch from Deutsch on Vimeo.

“The office looked sanitized. It looked clean and neat and it made people feel safe returning,” said Val DiFebo, CEO at Deutsch NY.

Deutsch is not the only agency inching its way back to the workplace after New York City began allowing companies to start a phased reopening in late June. Holding company Omnicom Group, for example, allowed locations to reopen in July for people who want to come back to the workplace, with the exception of DDB, which is moving.

Deutsch’s voluntary reopening was discussed and debated during weekly agency huddles. A handful more employees endorsed returning to the workplace in July than a month later. 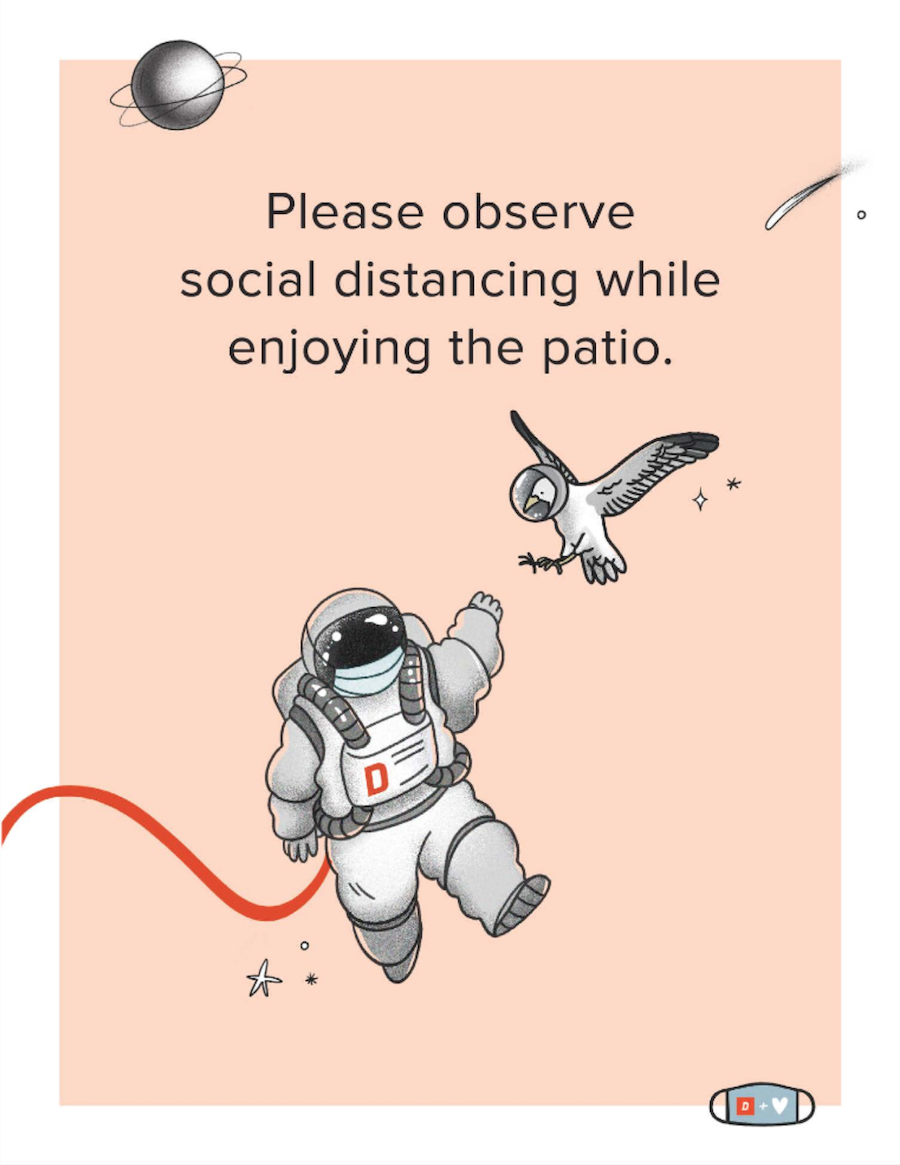 “In July, people were not exactly happy to come back to work for a number of reasons, they had concerns about transportation and air-filtration systems in the building,” said DiFebo. “In August, I think what happened was people were hearing that their kids would not be going back to school, and they had assumed in July that things would be better by then.”

Employees participated in a word-cloud exercise and were asked what is bad about working from home. Missing colleagues and collaboration popped up, but the biggest word in the center of the cloud was “nothing.”

“There are people who are working during what used to be their commuting time,” said DiFebo. “They are working their buns off and not taking their paid time off.”

The agency is giving staffers plenty of leeway to adjust to the old normal. DiFebo estimates that it won’t be until January before the whole team is in the office, giving people time to resettle children, older parents and even pets that might be depending on them. The agency is also factoring in virus trends, treatments and vaccine advancements.

Deutsch’s Los Angeles offices are closed because the city is on a different COVID-19 recovery track. The firm said it is planning to move out of its LA compound and consolidate at its Steelhead production facility in August.