Located on the south coast of Wales, the port city of Cardiff is a popular tourist destination and hosts a range of sporting events.

What’s it known for?

The 10th largest city in the UK, Cardiff is home to the country’s commercial centre and is the most popular visitor destination in Wales.

The Welsh capital has a reputation for hosting major sporting competitions, with the Millennium Stadium located in the centre of the capital, and countless other sporting venues are situated in the city - it was even awarded European City of Sport in 2009 and 2014.

Cardiff Bay is perhaps one of the best known areas in the city - the revamped waterfront development now houses a large collection of restaurants, as well as the Wales Millennium Centre complex - home to the Welsh National Opera, and the Welsh National Assembly building, designed by architect Richard Rogers.

The city centre itself is home to the St David’s shopping centre, the expansive Bute Park and the Millennium Stadium, while Cardiff Castle, in the centre of the capital, adds an extra bit of culture to the surroundings.

And while it’s not exactly in the centre of Cardiff - but it does have a Cardiff post code - Barry Island, made famous thanks to the hit BBC show Gavin & Stacey, is also a popular destination with tourists.

A hotspot for brands

Cardiff is a popular stopping off point for brands activating across major UK cities. Recent activity has included a pop-eatery from pest control brand Rentokil, a Unidays secret container experience and crazy golf-themed roadshow from Ribena last summer. The latest activity to hit Cardiff was from Ryvita, as part of the brand's Revoluncheon sampling campaign.

Andy Orr, group account director at TRO Manchester, who worked on Ribena's activation, told Event that a key element to the success of any experiential activity is being in the right place at the right time. "As an experiential event location, Cardiff has delivered over and over again against these requirements for Ribena. The local response to the brand and activity is always overwhelming and the city is one of the first destinations selected for any campaign," he said, on why Cardiff was chosen as a key location on the crazy golf tour.

Meanwhile Ryvita's focus on Cardiff as an experiential location was down to sales data, which identified the city as a possible growth area for the brand, said Anna Stennett, account director at Sense, who are behind the activity.

"As far as activations go, the city is great logistically and in terms of footfall. We have previously visited in this area (St Davids shopping centre) with other Ryvita activity, which has always proved a great area for hitting sampling targets and getting great consumer engagement," she added. 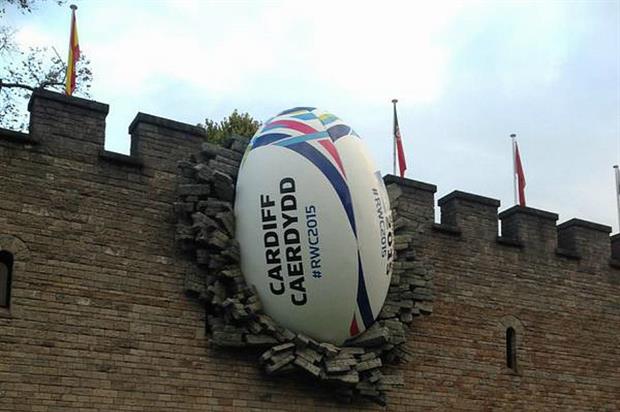 The city was understandably the focus of a number of Rugby World Cup related stunts and brand activations during the run up to the Rugby World Cup in the autumn. A giant Gilbert rugby ball was positioned in the side of Cardiff Castle, as if smashing through the wall, to mark the start of the international competition. Cardiff City Council worked with props company Wild Creations on the stunt. Meanwhile Land Rover unveiled some rugby inspired artwork and Canon provided fan booths at selected matches, with fans able to experience a range of simulated rugby scenarios.

Where to host an event

The city has venues which can host anywhere between five and 5,500 people.

Looking at the more quirky venues, Depot is located in an old converted factory and offers a blank canvas space. Located on Dumballs Road, the 24,000sq ft venue can be used for pop-up, food, drink and music events. 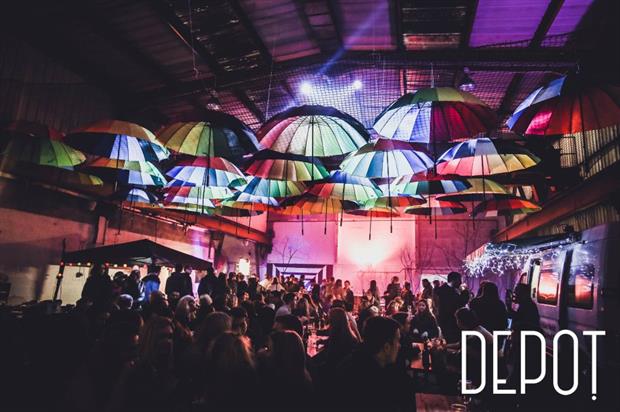 If castles are your thing, there are quite a few to choose from: Hensol - used as a stage set for Sherlock, Doctor Who and Torchwood, Cardiff Castle, Fonmon Castle and St Donats Arts Centre and Castle, are either located with the city centre or within easy reach of it.

That said, when it comes to activations, the city’s St David’s Shopping Centre has proved popular, and surrounding city centre streets have been a popular choice for recent brand activations.

Cardiff city centre will be one of the stops on the British Army’s live campaign trail this month, as it targets Generation Z to sign up. The Army is bringing its latest campaign to life with real soldiers taking to the streets and sharing their stories with the public. It is also hosting A Better You events, with the Welsh capital to host the army on the weekend of 27-28 February at St David’s Centre. Expect virtual reality tasks and teamwork challenges.

Destination: We're all off to... Berlin