Deloitte Digital has bought Stockholm-based Acne Agency, which has worked with brands such as H&M, Spotify and Ikea.

Acne was founded in 1996 and most recently gained attention for an ad noting the similarity between a Balenciaga bag, retailing for $2,145 (£1,664), and Ikea's blue reusable bags.

The terms of the deal, which finalised on 15 August, were not disclosed, according to The Wall Street Journal that first reported the acquisition. According to Deloitte, Acne's revenue in its most recent financial year was about $32m.

Deloitte Digital has also hired Andy Sandoz, Havas London's former joint executive creative director. Sandoz (below) will lead Deloitte's creative services in the UK – which includes oversight of those within Acne and Market Gravity – as partner and chief creative officer, based in the company's studio in Clerkenwell, London. He reports to Sam Roddick, head of Deloitte Digital. 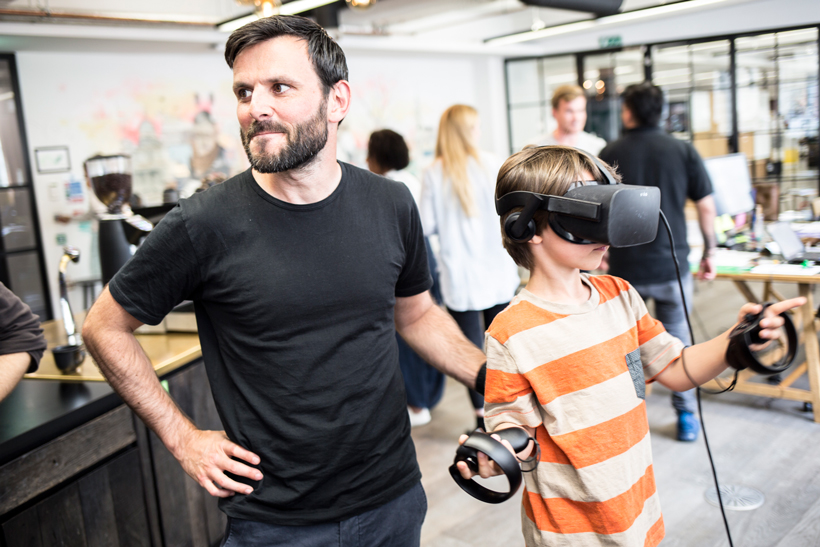 Sandoz left Havas in April, splitting with Ben Mooge, his creative partner of nine years. While Mooge stayed at Havas as the sole executive creative director, the agency said Sandoz had left to pursue "personal projects".

On his new role at Deloitte, Sandoz said: "I believe creativity is more commercially and socially impactful when applied to the whole business, beyond just marketing. My best work-to-date has been using ideas backed by new technologies to help redefine my clients’ businesses for a better future.

"With Deloitte Digital we have the ability, credibility and access to totally transform a business. I was impressed with the consultancy’s senior relationships and depth of expertise across multiple industries, our strong cultural fit and shared positive vision."

Deloitte plans to hire around 80 new employees in northwest Europe, 40 of whom will be based in the UK. This is double the size of Acne's current team.

Alongside fellow management consultancy Accenture, Deloitte has been making a series of strategic acquisitions in the marketing space over the past two years.

What the C-suite wants from thought leadership, plus three key themes

Consulting firms are already putting media agencies on a diet

Deloitte "Deloitte do" by BBH London