In 1964, Lyndon Johnson scared the pants off America with a campaign commercial that juxtaposed the idyllic scene of a young girl counting the petals of a daisy with the countdown of a missile launch, shifting to ominous footage of a nuclear mushroom cloud.

"These are the stakes," warns Johnson’s voiceover. "To make a world in which all of God’s children can live or to go into the dark. We must either love each other or we must die."

The ad famously ran only once, but was frightening enough to help propel Johnson’s landslide win over Barry Goldwater. Fear, it turns out, is a pretty good motivator. 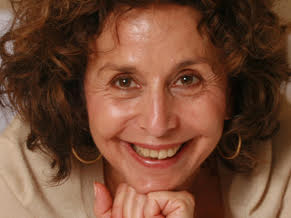 But it’s not the only emotional weapon in the political advertiser’s arsenal. A new 7,000-square-foot exhibit at the Toledo Museum of Art — "I Approve This Message: Decoding Political Ads"—groups 60 years of presidential campaign ads into four categories: hope, fear, anger and pride. The idea, said co-curator Harriett Levin Balkind, a former ad agency executive and founder of Honest Ads, a non-profit dedicated to educating the public about political advertising, is that the rational arguments contained in these ads are almost always besides the point. They are there to make you feel something, because who votes based on reason?

The exhibit takes visitors through four different theaters showcasing ads categorized by the four emotions, breaking some of them down, frame by frame, to identify the creative tactics used to sway voters. It also includes a "mood" room that challenges people not to feel emotion when viewing the ads, a "change" room that chronicles how presidents appealed to various voter groups over time, a historical timeline and an interactive component where visitors can storyboard their own ads. The museum commissioned Thinc Design, the New York firm behind the National Sept. 11 Memorial Museum, to design the exhibition.

"Our purpose is art education, and we're exercising that by trying to teach people to see better," said Adam Levine, associate director of the Toledo Museum. "This was an application of visual literacy and was really exciting to us because of its topicality. Our goal is to have someone go through our exhibition and never see a political ad the same way again." If the exhibition succeeds, Levine added, "it means it has changed the way people perceive ads, so that they are more informed consumers."

Campaign US spoke to Balkind, founder of New York agency Frankfurt Balkind (which was bought by Hill Holliday in 2002), to learn more about the dark art of political advertising.

This is an unusual approach to studying political advertising. How did it come about?
I became intrigued with the fact that so many voters were making their decision late in the elections, and that the ads they were watching were full of deception. That became a concern of mine — why don't people know that there's so much deception in advertising? That led me down this rabbit hole to emotions and how they impact how we vote. I started reading books and interviewing people and looking at what neuroscientists and cognitive psychologists were finding out.

Hope: The 1984 Ronald Reagan re-election ad commonly referred as "Morning in America" depicts a "Prouder, Stronger, Better" America under the leadership of the 40th President of the United States.

You must have looked at hundreds of ads. How did you decide which ones to include in the exhibit?
We had a big debate over what the organizational principle should be. We wanted to be non-partisan, because we felt if we focused on issues or the candidates themselves, people would walk in and walk out.  Eventually we landed on this idea of focusing on the driving emotions that have come out of all of these studies: fear, anger, hope and pride.

We decided to start with 1952 — Eisenhower versus Stevenson — because that was the first time there were enough TVs in American homes to make political advertising viable. We all agreed we should not touch this coming election.

Fear: The 1964 Lyndon Johnson ad "Daisy" is one of the most famous political ads in history and leverages America’s fears about the Cold War into victory over Sen. Barry Goldwater.

You're an advertising professional. You were already well versed in the power of persuasion before this project. What have you learned from studying all these ads?
We feel before we think, which means it's actually not even possible to have a pure rational thought. People vote more on emotions than they do on the issues. We're predestined, in many ways, to think a certain way and vote a certain way based on where we live, how we're raised, what churches we go to. Facts don't necessarily change minds. This is true with the more sophisticated, highly educated people, even more so than the less educated.

If you want to have a civil conversation with someone, and if you really want to open your mind to what's going on, not just in the political environment, but with the people you're talking to, that you need to step away and understand better where they come from and why they feel the way they do, versus who they're voting for or what they're feeling. I've come away from this a little more questioning, in terms of not just my own predispositions but really having more of an open mind.

What do you hope the ad community learns from this?
I've been on my soapbox about this. It would be so wonderful if the advertising community would recognize that people see political advertising as another form of advertising. They don't see it necessarily as separate. They have no idea where the ads come from, exactly. I don't want to make this about deception, but it just seems to me that the ad community should get behind talking about political advertising in a way that Americans and voters begin to have a different perspective on what they're watching on TV. I think the vitriol that's going on now, at some point you want people to back off and recognize the messages that are really going out there to the public at large and just maybe have more respect for the process, the candidates, the people ... I just think the ad community as a whole could in some way influence not only deception but the general advertising environment.

Pride: In the 1968 ad "Reach Out," Richard Nixon asks Americans to join him by stressing, "what has to be done has to be done by president and people together."

What do you hope the general public takes away from this?
Anyone who comes to this exhibition will never look at political ads in quite the same way again. It will really be impossible for them to be able to do that. Because these have been dissected every which way, and because it's an experience. We're not saying, "Do this," and "Do that ..."

We want people to be more critical thinkers when they look at these ads and not just take them as they are but actually question. It would be great if somebody's watching one of these ads after being in the exhibit and going, "Oh, I see. That thing in the background, I understand why that's there." "Oh, okay. Why are they repeating this over and over again? I get it now."

Sometimes people are really unaware of the emotions they're feeling and where they come from. It's an exciting thing to think about. If more people understood it, what would that mean?

It's time to consider the American non-voter