Among creative and digital agencies through the first three months of 2016, Omnicom’s DDB leads the way in new business globally on the back of the Time Warner US win, and more than 80 other wins around the world. In close second is Ogilvy, picking up Target in the US, but losing Claro Mobile in Brazil. The fastest mover this month is Anomaly, off the back of its Campbell’s win.

For media agencies, WPP’s MediaCom narrowly leads the way thanks in large part to the global Sony review and Pfizer in Mexico. GroupM follows in second through the US Target realignment. And OMD ranks third with 100 wins, including Sony Music

In the US, VML claimed the Wendy’s business from Publicis in a coup, jumping to the number one spot in the League. DDB’s Time Warner win saw the agency move from sixth to second place, with Anomaly ranked third courtesy of Campbell’s and a BBC project.

Looking at media agencies in the US, GroupM’s Target win put the WPP company on top, closely followed by sister agency MediaCom. Independent shop Solve jumped to third on the back of its Radisson and American Standard wins. 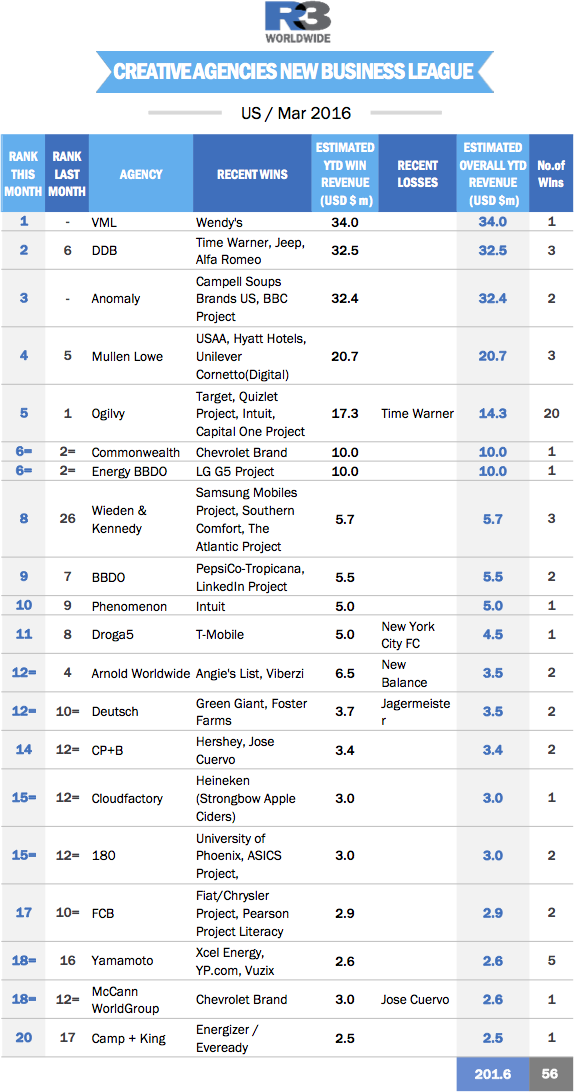 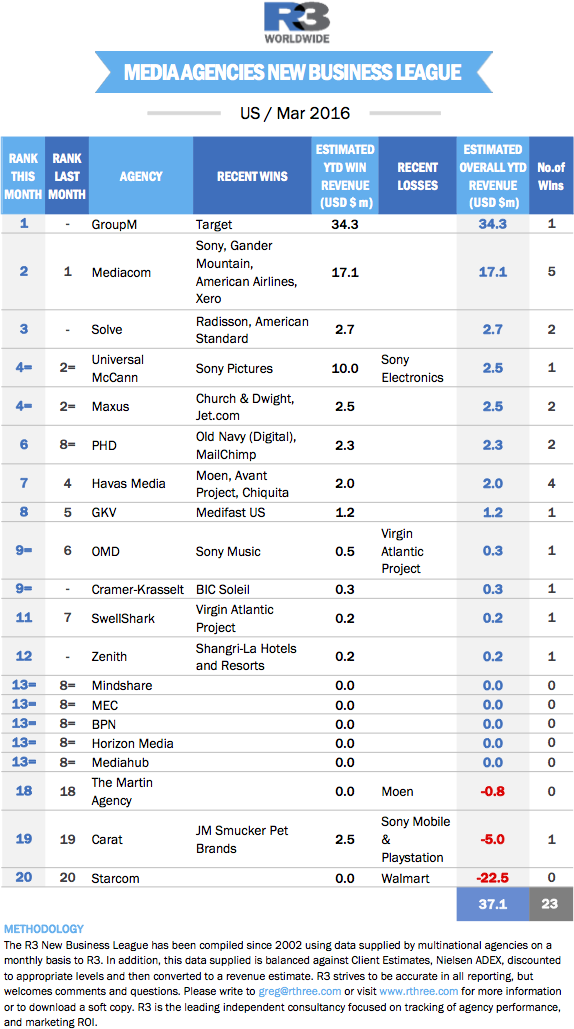 The 6 secrets to a long, prosperous brand-agency relationship