Ad revenues have moved back into growth at the publisher of the Daily Mail since the start of 2017, as the decline in print "eased a little" and MailOnline grew strongly in the US.

Ad sales moved from a 4% decline in the three months before Christmas to 2% growth in the first three months of the year.

Print ad sales were down 8% across the six-month period, better than the 12% decline seen in the previous 12 months.

MailOnline was up 19% on an underlying basis and is "making good progress on the path to profitability". 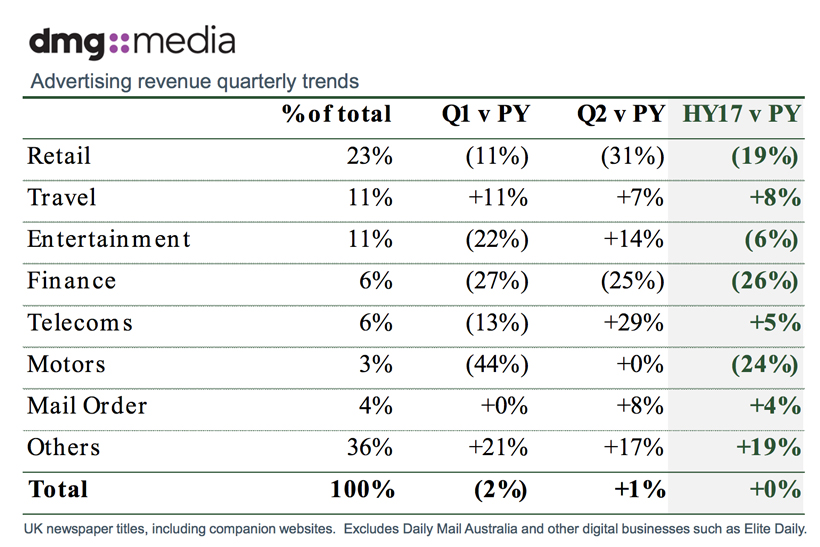 Retail, the single most important category, worth almost a quarter of ad revenue, cast a shadow over the performance of DMG Media as it worsened markedly between the first and second quarters of its current financial year.

Overall, retail was down 19% for the six-month period.

Travel was the best-performer, with growth of 8% in the half-year.

Telecoms, entertainment and motors also showed signs of improvement over the period, after posting double-digit percentage declines before Christmas.

Operating profit rose by 5% on an underlying basis to £36m.

Metro held revenues steady after adding four local franchises from Trinity Mirror, but profit fell by a third because of increased distribution costs. 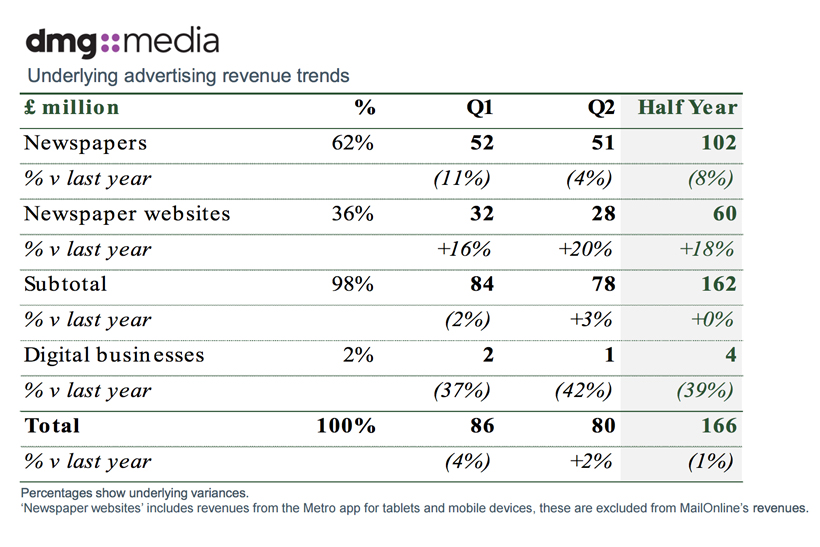 DMG Media has been beefing up its ad sales team under Clare Rush, the chief revenue officer, and has hired Melanie Danks from Telegraph Media Group and Dominic Williams from Dentsu Aegis Network.

Newspapers need to give ad buyers what they want