Current chair Dick Powell to step down in September.

Long-standing D&AD president Dick Powell is to step down in September, with chief executive Tim Lindsay set to succeed him.

Lindsay’s move after seven years in the role means D&AD is now in need a chief executive. It has appointed The Talent Business to assist in its search. 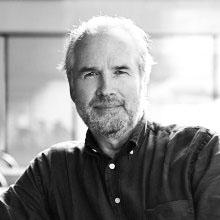 Powell (pictured, left), co-founder of design agency Seymourpowell, has been chairman for nine years and has twice served as president.

"It’s time for someone else to pick up the baton and to help guide this wonderful organisation through its next decade," he said: "Tim becoming chairman is very good news indeed."

Lindsay, who described being D&AD's chief executive as "a privilege and enormous fun", added: "We have a great chief operating officer in Dara Lynch, a great team and an appetite to go even further in standing up for creative excellence and a fairer, more diverse industry.

"I'm looking forward to providing continuity and helping us tackle the new challenges in a new role. I'd also like to pay a huge tribute to Dick Powell. He's been an extraordinarily brilliant chairman."

Does this year's D&AD Annual capture our crazy times?

Is D&AD's manual concept as thin as its new cover?