The term "subliminal advertising" was popularized by marketing guru James Vicary, who claimed he boosted sales at a New Jersey movie theater's concession stand by inserting single film frames into movies that advertised popcorn and soda.

Studies have failed to reproduce Vicary's claims, leading experts to say subliminal advertising does not work.

It's captured the public's imagination, however, in films such as "Fight Club" or to quote the comedian Steven Wright, "I saw a subliminal advertising executive, but only for a second."

Crispin Porter + Bogusky is harnessing this fascination in a spot  for Sony's Xperia Z5 smartphone.

Martina Johansson, Nordic brand and communications manager at Sony Mobile Communications, said the creative was inspired by the urban legend Vicray spawned: "The idea comes from the mythical, subliminal messages that Coca-Cola supposedly placed in their ads during the 1950s."

Around a third of the way through the digital video, a single frame is shown lasting only 0.03 seconds. That's the same short amount of time the camera on the smartphone needs to focus for a photo.

The blink-and-you'll-miss-it still provides instructions for an eagle-eyed viewer to win a Xperia Z5. 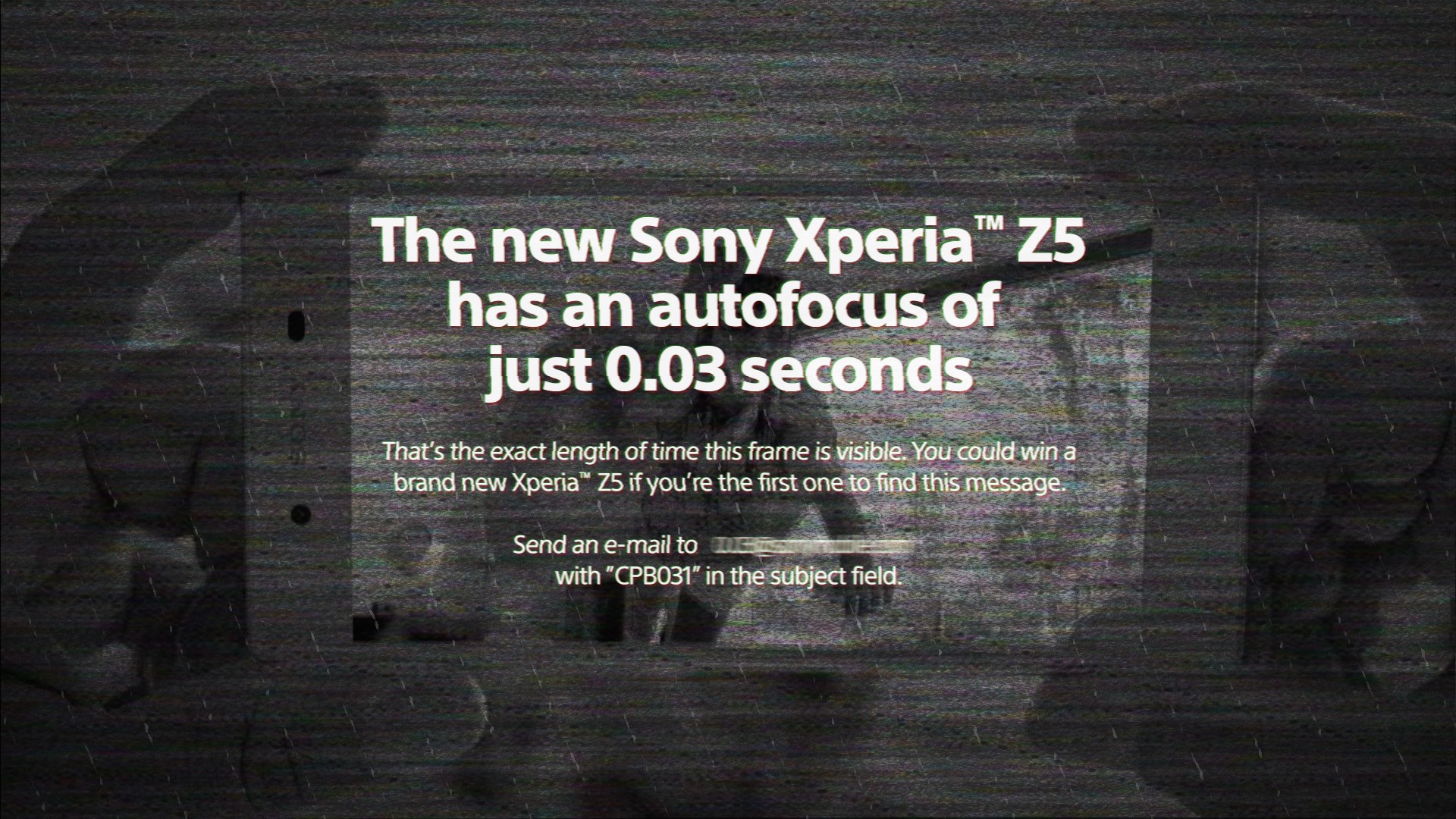 While a lucky viewer has already snatched up free phone, Sony says there may be more hidden frames out there for consumers to find. As with the first video, Sony has not dropped any hints as where to look.

Digital video is exploding, but which platform will emerge the leader?

Trident Gum gets into the wearable ad game

How should we feel about ads that read emotions?