Things are really cooking in the London office of Crispin Porter & Bogusky. Steam is escaping from sizzling tuna steaks, while a fresh salad of samphire, quinoa and peas is being whipped up in the kitchen.

The agency’s creative head Dave Buonaguidi and a couple of staff-turned-sous-chefs are preparing lunch for Campaign and global chairman and co-founder Chuck Porter, who is over from the US.

It’s about time for a menu refresh. CP&B London opened in 2011 but has suffered the same fate as many of its US counterparts, including Droga5 and Anomaly – success on home turf has struggled to translate across the Atlantic.

A low point came in March last year. After CP&B lost two of its biggest accounts, Milka and Paddy Power, joint executive creative directors Matt Gooden and Ben Walker left and ten of the shop’s 60 staff were made redundant.

‘The whole idea was don’t advertise’ 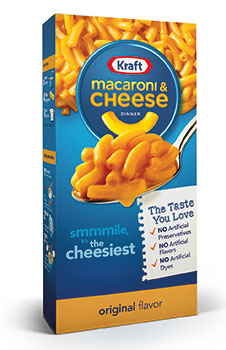 Towards the end of last year, Kraft decided to remove all artificial flavours, preservatives and dyes from its popular Macaroni & Cheese product. But when Kraft informed its customers of the imminent change, it was met with strong resistance.

"Everyone said: ‘Do not change this product, it is the only thing my kid will eat. If you change it, I’m not going to buy it,’" Porter says. Kraft asked CP&B for advice on how to roll out the new recipe.

"We came to them with a proposal – just don’t tell anyone," Porter continues. So for three months beginning in December 2015, Kraft quietly started selling the new product in the old packaging, with the change explained in small type. It flew under the radar.

"Kraft sold 50 million boxes, which is typical in three months, and then we announced it," Porter continues. "We announced it with a campaign that said: ‘We’d invite you to try it, but you already have.’

"It was huge. The whole idea was don’t advertise. The day Kraft announced it, 203 million conversations started on its site. The total media budget was $7.

"These are the kind of things we really love. It’s not all that sexy. It’s not like we’re getting a big director, big actors, having Brad Pitt doing something – but it’s really smart."

CP&B has been taking steps to improve its fortunes. In 2014, it bought Richard Pinder’s The House Worldwide, installing him as chief executive of UK and international. Porter then appointed Buonaguidi as chief creative officer a year ago – the pair met in 2005 when Porter tried to buy Karmarama, the agency Buonaguidi co-founded.

What has been missing in previous iterations is the right cooking style and local diners (to torture the metaphor).

The London office began by servicing big global clients rather than focusing on winning local business. "It’s not the way I would do it again," Porter says.

The other lesson, he says, is "if you really want to transfer the culture, you’ve got to move people, and we never really did that with London".  In particular, CP&B didn’t move creatives over to the UK. "I think that was a mistake," Porter adds. "We hired some really smart creative people but I think they never really understood the way we approached things, so there was a bit of a disconnect."

The approach Porter is referring to is starting with an idea rather than the advertising output. Of course, this is now a common refrain in adland, but Porter believes his agency has better credentials than most to back it up. He points to its recent success in the US, when it persuaded Kraft not to advertise a recipe change for its Macaroni & Cheese product with great results (see right).

For this approach to work, Buonaguidi thinks CP&B needs people with an entrepreneurial or "hustler" mindset: staff need to be excited about solving a client’s business problem rather than obsessed with "working with the guy who lit Gladiator". It is also why, despite not hailing from the US, Buonaguidi and Pinder fit in – having both run start-ups, they share the agency’s philosophy.

A year on, the agency has yet to attract the big-name clients. But it is attempting to shake up the old linear processes by workshopping strategy and creative with clients. Pinder says the approach works because it tends to make clients braver when they are more involved in the process.

It also means the end of the "ta da" moment, the big creative reveal. "We almost never sell work now. We are developing the thinking and work with the client in hothouses. What we love is that you are together solving something," Pinder explains.

This also means CP&B stops second-guessing clients and is able to put more radical and wilder ideas forward alongside the "safer" options. Pinder adds: "It allows you to explore the outer reaches of something."

Buonaguidi believes this more collaborative way of working helps creatives: "When you see someone who is good work in front of you, I think you have a lot more respect for them. If you are at the chef’s table, you don’t normally ask them to change the ingredients."

Like Kraft’s Mac & Cheese, CP&B London has changed its recipe. But, this time, the team will be hoping people do notice the difference.