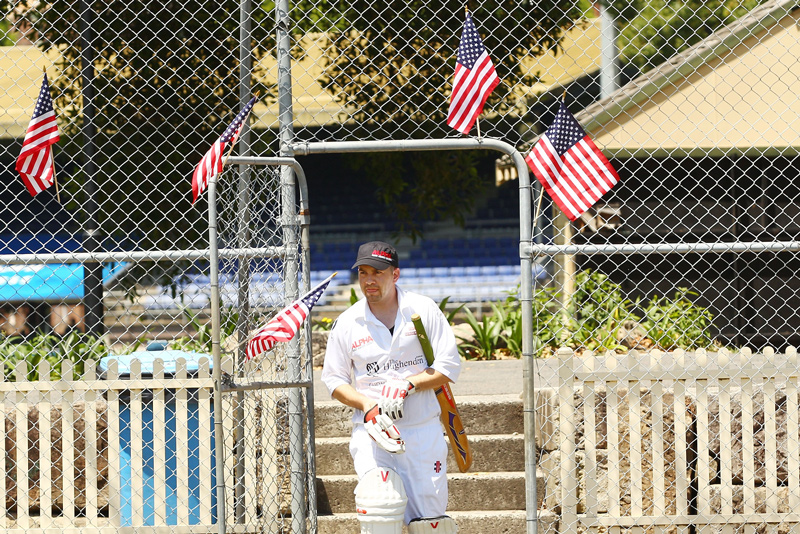 When most Americans think of cricket, they think of upper-class English blokes wearing white sweaters covered with enormous white pads swinging bats that look like spatulas on steroids. So it’s hard to think that the centuries-old game just might be the next big thing in sports marketing in the United States.

Two renowned cricket players, Shane Warne and Sachin Tendulkar, have been working hard to make that happen. Tendulkar, 42, is a former Indian cricketer who is widely regarded as one of the greatest players of all time; Warne, 46, is an Australian former international cricketer who is considered one of the best bowlers in the history of the game. Each athlete is beyond his prime playing years, but they are at the forefront of a new movement to bring cricket to the US as a spectator sport and, with it, a major sponsorship opportunity for brands and marketers.

The tournament drew thousands of fans and was sponsored by national advertisers such as MasterCard, Pepsi-Cola, Citigroup, State Farm and Uber. The profile of these sponsors is absolutely consistent with marketers wanting to target consumers whose origins are as likely to be India as Indianapolis.

Take Citigroup for example. Although the company is headquartered in New York, Citigroup India has been a national force for 100 years. It was recently honored as "India’s best digital bank" and has been directing its sponsorships to target an international, mobile, middle class and affluent workforce in the US. Similarly, Pepsi – having held primary sponsorship rights to the IPL (Indian Premier League) until recently – already has an association with the sport in India, so its natural that it would extend its activity to the United States.

Official attendance figures were not available, but ESPN estimated that almost 21,000 spectators attended the match at Dodger Stadium on November 14, while Warne claimed more than 100,000 fans attended all three events.

Next to soccer, Cricket is the second-most-popular sport in the world. While it’s not an internationally popular sport like soccer, golf or tennis, it is slowly gaining acceptance in countries like the United States as it tries to appeal to wider audiences in other more diverse geographies, including Continental Europe and Latin America. The goal is to make cricket as viable and valuable an opportunity for advertisers as true international sports like soccer; at the same time, the sport wants to attract marketers seeking to reach American consumers who hail from parts of the world where cricket is already practically the national sport (this includes India, the UK, Australia and the Caribbean).

But it’s not just those fans that advertisers could target. Given US consumers’ openness to new types of sporting events, the opportunity to attract a wide range of fans is a real possibility. After all, there were no guarantees that the Women’s National Basketball Association (WNBA) or the Ultimate Fighting Championship (UFC) would catch on, but they did, and both are now full-fledged marketing opportunities attracting tens of thousands of fans annually.

And for the critics with only a rudimentary knowledge of cricket who will argue that it will never fly in the US because Americans are too impatient and have too short an attention span to enjoy a game that is played out over several days, there is a tailor-made answer for American fans.

Rather than playing traditional cricket "test matches" that can literally take up to five days to complete, the version transplanted to America is played in the format used by the Indian Premier League and includes a much shorter, more dramatic and exciting form of the game. Called Twenty20 Cricket (and abbreviated as T20) this game was created in 2005 with the specific goal of providing a much faster (about three hours total) form of the game to attract new fans and advertisers.

Another big advantage to these US cricket matches is that so far, they have all been played in baseball stadiums — the Los Angeles event was played in Dodger Stadium; in Houston, they played in the Astros’ Minute Maid Park; and New York’s matches were played at Citi Field, home of the New York Mets. The advantages of such venues are twofold: First, fans are familiar with those stadiums so they provide a built-in level of comfort, and cricket bears some similarities to baseball (there’s a batter and a pitcher), though the games are essentially quite different.  Second, the dimensions and design of a baseball stadium are a better fit for the size and structure of the kind of field (or pitch, as it’s called) needed for cricket — much better than a traditional American football or soccer stadium.

Plans for another "All Stars" tournament for 2016 are pending and are expected to be announced soon. With blue-chip brands like Pepsi, State Farm and Citigroup already on the bandwagon, it’s time for smart marketers to discover this untapped sports sponsorship opportunity.

US soccer is a juggernaut ... No, seriously